What we learned on our vacation 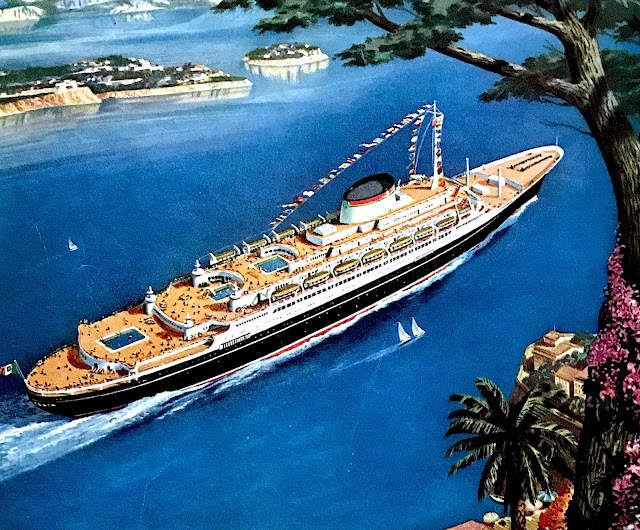 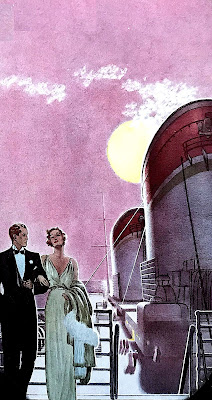 Sink or swim?
With two days to go on our Central American
cruise, we're winding down. While our time at
sea has been beyond enjoyable, cruising into
the sunset is not in our future. Honestly, while
I hate to be Debbie Downer, I wish I'd known
what we know now. Especially prior to doling
out the equivalent of the purchase prices of an
economy vehicle. Our conclusion has little to
do with the cruise or ship itself. Our vessel is
tastefully decorated and perfectly maintained.
The staff charming, accommodating, friendly,
and more than professional. Yet I thought I'd
share what we have learned along the way.

Crowd control
During this cruise we've spent two weeks with
seven hundred and fifty other paying guests.
All of whom seem perfectly nice. Yet forced
congeniality within a lengthy group dynamic
has confirmed that being a lemming is not in
our best interest. In theory having somebody
else do all the work and planning is beyond
lovely. That is if you want to do everything
en masse. While neither of us deem ourselves
renegades, we do like our privacy. Hence our
first lesson learned - traveling with an
entourage of total strangers for too long
an extended period of time is not for us.

Any port in a storm
During this cruise we've visited multiple ports.
However in the case of our Central American
locales all have been dismal at best. Don't get
me wrong - both Frank and I have no problem
traveling through dicey neighborhoods filled
with wandering sailors. However there comes
a point that we'd like to see something pretty
without boarding a bus and traveling hours to
do so. Even worse are the cruise line owned
"resort ports"which are pseudo Disneylands on
the agua. Thus our second lesson - Be sure
you know where you're going before you
book a ticket to nowhere. 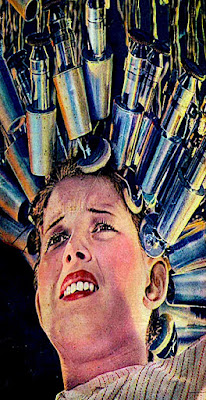 More is more
Even on the most inclusive of vessels - chances
are you will spend much more than you ever
intended. On an almost daily basis we were
bombarded with a plethora of extras that were
quite alluring. However one can only stomach
so many wine tastings and culinary "journeys"
before you reach a point of no return. While
one may want to see the sights - additional
excursion fees can add up. Finally, the spa may
be an on-board oasis but trust me, the bill will
rub you the wrong way. Proving the best things
in life are rarely free. Thus our third lesson
is CRUISER BEWARE - it all adds up.

Stage fright
Every evening throughout our voyage there
has been some form of entertainment in the
theater aboard.  Confirming that there is still
ample employment for theater majors at sea.
And washed up has beens who at this stage
of their careers perform for their supper. It's
not that said shows have been bad but rather
that they've been incredibly mediocre. So
much so that I have slept through most. All
to Frank's chagrin given he spends the hour
elbowing the bobble head he married. Our
fourth lesson learned - Once aboard
the show must go on... and on... and... 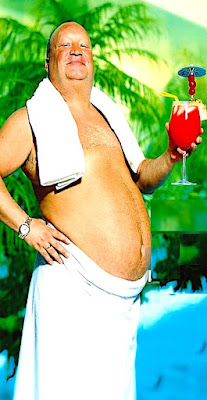 Old enough to know better
There are benefits to traveling with an older
crowd. One need not worry about exposing
oneself by the pool. Within said context -
even at your worst you'll look fabulous by
comparison. However after two weeks on
the nautical equivalent of a geriatric ward -
I've confirmed there is a BIG difference
between old and ancient. The majority of
our fellow travelers have lived long lives.
But based on their limited mobility alone -
one wonders how much time they've got
left. So our fifth lesson is - OLDER
is not BETTER for old folks like we.

Too much of a good thing
The best thing about this cruise has been the
food. Frankly it's as good or better than any
we've had at five star (or Michelin one star)
restaurants globally. However at some point
gluttony can be distasteful. From breakfast
to lunch to high tea to cocktails to dinner to
a show one won't return home malnourished.
Saying no has never been my strong suit. Nor
am I skilled at rejecting anything even slightly
appealing. Hence this trip not only broadened
my outlook it broadened my beam. Therefore
our sixth and final lesson - Too much of
a good thing can/will catch up to you.
Posted by montanaroue at 4:00 AM