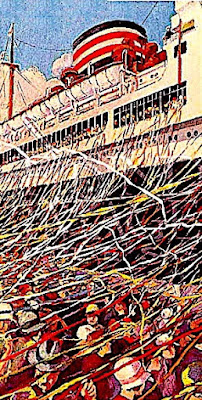 Stream of consciousness
Yesterday we finally got on board. Our ship
that is. For two weeks we'll be cruising the
waters of Central America. Far from it all,
we're hoping to escape from reality. Which
at this point in America's history just may be
perfect timing. I may be a bit overboard but
honestly, could things get any goofier? Or
at least in my opinion... scarier?! Last week
my faith in mankind was somewhat restored
when Roy Moore was defeated. However
when the FCC voted to end net neutrality -
I couldn't help but feel sort of creepy. It's
as if Big Brother has finally taken control. 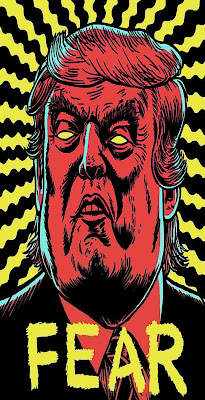 Anchors aweigh
I'm creeped out. Just when I think things can't
possibly get more bizarre... they do and then
some. All of which reminds me of comparable
times of crisis during my corporate existence.
At times I've worked within rather convoluted
regimes. Often with leaders at the helm who
can only be described as certifiable. During my
tours of doody I learned one thing. Which is
that usually when things reach the point of
insanity - help is on the way. In that when the
dervish in charge whirls at speeds such as our
President's circle jerks - the end is near. What
goes around... comes around... and around... 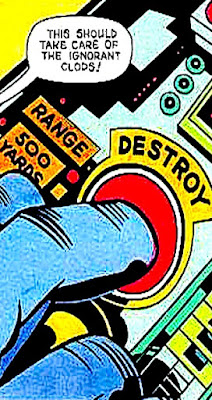 Push off
The problem is that life's axe rarely falls
when we want it to. Hence post the demise
of an errant leader the rest of us must pick
up the pieces. In theory - little that has been
done to date can't be undone. However we
could end up in a very different place should
some idiot push that big red button. Mopping
up political vomit is one thing but cleaning
up post a nuclear blast is a much different
challenge. So rather than worry, I'm running
away. Which may make this chicken little the
ultimate of cocks. The problem is that it's all
out of my control. Or... is it?

Sink or swim
Flying down south I finished watching the latest
remake of  Margaret Atwood's "The Handmaid's
Tale." Which in my opinion was beyond fantastic
yet unbelievably unnerving. What struck me most
was not said mini-series brutality but rather it's
subtlety. Woven throughout the ten episodes are
a series of flashback of what life was like before
evil assumed control. All of which were not so
gentle reminders that one's world can change in
an instant. With or without your consent. Which
only fuels my deepest conspiracy theories. Are
we on the brink of extinction or will this all too
soon pass? Is hope still looming on our horizon? 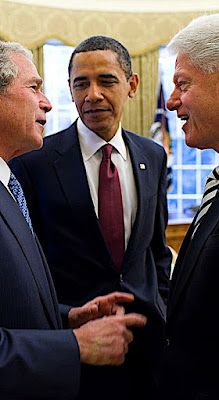 Brief engagement
To be clear about my fears, I'm not worried
about the rabid revisionist efforts occurring
in many government agencies. Let's assume
that our democratic process works - so in the
future someone else can change them back.
Having lived through administrations I've
loved and loathed, I know that four let alone
eight years can go by VERY quickly. Thus
in theory we have nothing to worry about.
However over the last few days I've had an
amazing revelation. Which is that there are
a hell of a lot more of us versus them. Could
this all just be but a short term diversion? 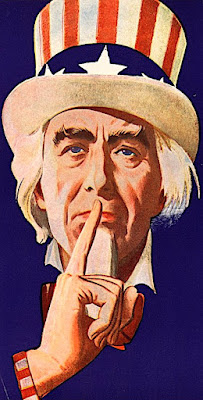 Silent majority
The other day the Washington Post reported
that the CDC (Center for Disease Control)
was issued a terse list of "forbidden words."
Terminology that go-forward the Trump
administration demands be stripped from
all CDC reports, memorandums, and minds.
Said words include "fetus", "transgender",
"diversity", "science-based", "vulnerable",
evidence-based", and "entitlement". Said
edit strikes me as ominous. Being slightly
unnerved, I decided to walk it off. And out
on the sidewalks of Miami Beach I realized
such censorship is but an exercise in futility. 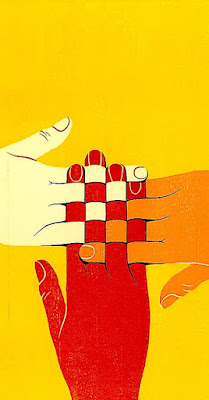 Equal yet different
You see, while some would have us think we're
a nation of White Supremacists, the evidence
is to the contrary. As I strolled sunny Miami
Beach I was surrounded by diversity. Racial,
economic, cultural, religious, and God knows
what else. All of which made me feel perfectly
at home given that's my every day existence
back in New York City. The problem is that
some - an isolated minority are threatened by
said melting pot. Look at election results and
you'll understand what our challenge is.... red
versus blue is all about location. And myopia.
How can we color their sphere of influence?! 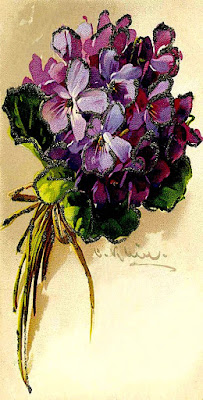 Purple people eaters
Last week's results in "ruby red" Alabama are
a perfect example. Said state's rural environs
voted Republican. Whereas it's metropolitan
areas, those more diverse were blue. Yet the
difference was those who reside between the
two extremes - suburbanites who went purple
this time. Which only affirms what this blog
is about. While I don't expect any of you to
change your minds post reading my rantings,
my hope is that at least some of you may think
about what I've said and meet me in the middle.
Imagine their chagrin when they realize we're
anything but a bunch of shrinking VIOLETS!
Posted by montanaroue at 4:00 AM