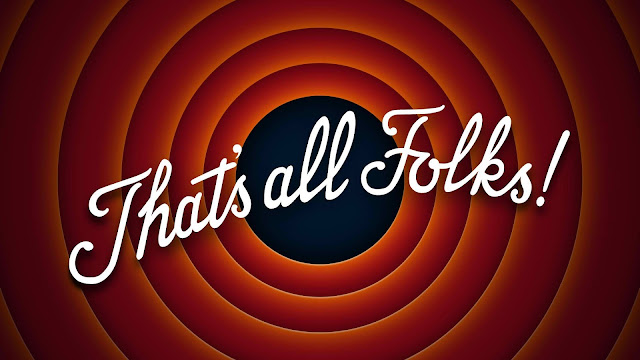 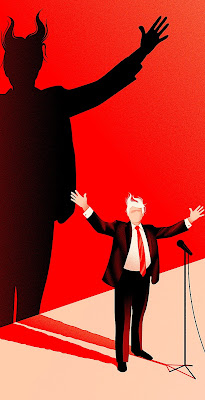 The devil we know
OK. I've had it. And my hope is that anyone
else with even a shred of decency left in them
has also. President Donald J. Trump is not
only an embarrassment. His behavior, actions,
statements, and rhetoric are beyond offensive.
However what is most repulsive is his pure
unbridled arrogance. It has been reported that
Mr. Trump has become so emboldened that he
feels impervious to any retribution. In other
words, the man feels that he can do and say
anything without any repercussions. Which
bodes the question - what are we the people
going to do to stop all of this foolishness?!

American idols
I must admit that Matt Lauer's exit from NBC
took me by surprise. However I really should
have known better. Any middle aged man with
abs like Matt invariably has to be up to no good.
I still find the very idea that one of America's
every day icons has been exposed for crossing
over the line of impropriety shocking. Add to
that list Garrison Keeler, the beloved warbler
and story teller from NPR. Yet even with said
additions the list of scumbags lacks the biggest
loser on it's roll. Rather than rejecting such a
man for sins much worse than others - instead
we elected him President of our United States. 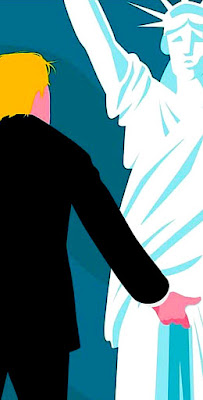 Abuse of power
Step back and soak that fact in. Recently many
men have been accused and then shamed due to
accusations off dropping towel, slapping asses,
intoxicating college boys, or slipping uninvited
hands in private places. Others have even gone
to court post droppng pills into lady's cocktails
then having their way. Meanwhile a man whose
proud claims of "grabbing pussy" are on the
record -  the one eleven women went public
with their  accusations of sexual assault - and
the guy who has outrageously accused women
of "bleeding" from all sorts of places - gets to
sit in our Oval Office. And whose fault is that?! Out of bounds
If nothing else we are a nation of hypocrites.
Pious church goers like Roy Moore freely
slur GLBT people while chasing teenagers
at the mall. Whether we're delusional or not
somehow we continue to maintain a skewed
double standard based on what party a sinner
aligns with. The truth is bad behavior is and
has always been inappropriate. And it doesn't
matter who does it. It's wrong.Yet for some
reason we're like the parents of children who
were abused by priests - WE CHOOSE TO
LOOK THE OTHER WAY. Some even wink
and say "boys will be boys." Shame on you! 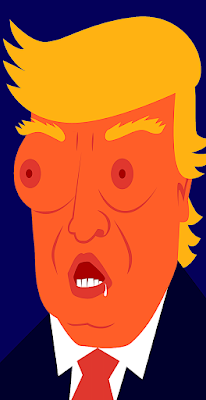 Tit for tat?
WE - you and me - and every other American
bear the full responsibility for our President's
misdeeds. By doing nothing about it we are
endorsing sexism, racism, abuse, prejudice,
bribery, deceit, plus possibly every other form
of avarice known to man. Even more alarming
is the fact that many seem quite comfortable
turning a collective blind eye to his known sins
against humanity. When in truth, even worse is
probably happening behind closed doors that
we don't know about. Therefore I must ask why
aren't the rest of you as angry as I am about this
self inflicted mortal wound to our democracy? 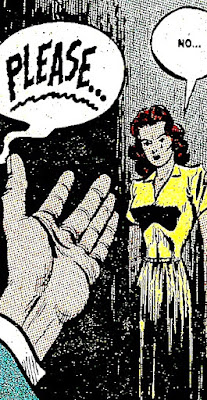 Enough is enough
Ask yourself this question. What would you
do if such a man lived in your community?!
If nothing else you would snub said sinner
rather than applaud his tweets. Such a man
would not be someone you would want your
children to associate with. And if he owned
a business in town you just might avoid it.
When he insulted you or a friend or spread
lies - you would confront him and counter
his falsehoods. And if he had the gaul to run
for local office, you would do the right thing
and vote for anybody but him. If the above is
true then how can you allow this to happen? 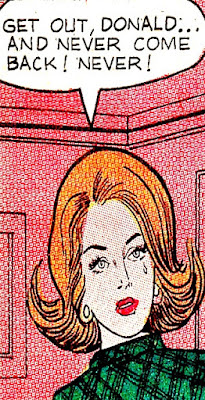 Just say no
It's time that we Americans stand up for what
is right. A friend of mine sends a postcard to
President Trump each and every day. On the
back she confronts him on whatever offense
against humanity he wrought within the last
24 hours. While such an action isn't going to
oust Donald from his perch, at least she's calls
him on his crimes against humanity.  Which is
exactly what the rest of us should also be doing.
America must hold Donald Trump responsible
for his actions. That includes addressing each
and every accusation of sexual misconduct.
Otherwise we are all GUILTY by association.
Posted by montanaroue at 4:00 AM