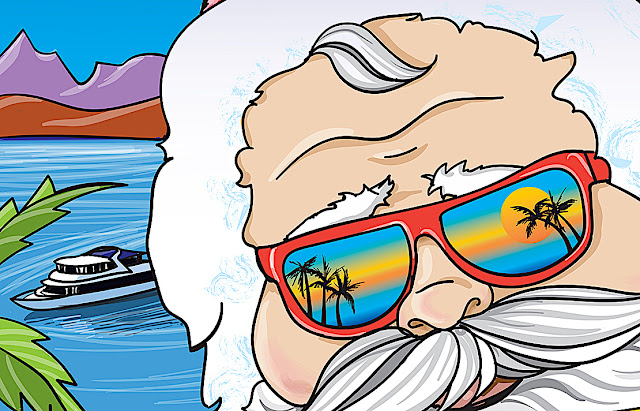 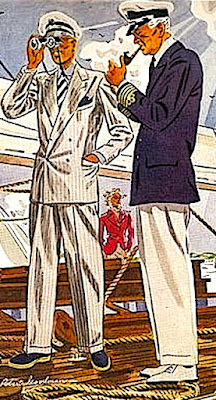 Sea wise
As a gay man I've plenty of experience in
cruising. Fortunately I found my one and
only years ago. Hence that hunt has long
been over. Yesterday Frank reminded me
that this is our third cruise. A fact which
I found shocking given we're normally not
the cruising sort. However to be honest I'm
a sedentary traveler. Meaning that given
the option I prefer to stay in one place.
Whereas Frank is an adventurer. Always
eager to see and do new things. So in truth
a cruise is a perfect option for us. We both
get our way which is a win/win 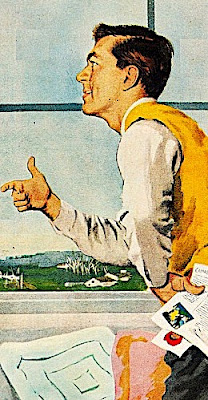 Split decision
In the end our decision to hit the high seas had
little to do with wanting to take a cruise. Our
primary motives were a mix of laziness and
procrastination. For months we'd talked about
going away over the holidays. In part to escape
the seasonal fuss but also because it's been two
years since we truly got away from it all. For
weeks we weighed out our options. We had a
list of places we wanted to go. But we quickly
discovered that we're not alone in our desire to
NOT deck our halls. Hence try as we might,
there was no room at the 5 star inn of choice.
Leaving us to ask? Where do we go NOW?! 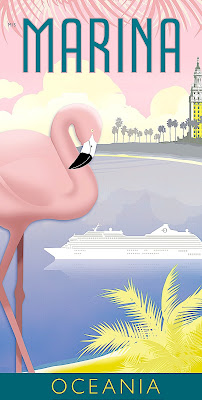 Priority boarding
As the clock ticked - we both became rather
irritated with the other. In theory the process
of planning an excursion should be fun. yet
at least in our case - perpetually pouring over
a plethora of places became tedious. To the
point where we both wondered if we'd ever
get... anywhere. Finally we took a short cut.
Which was to get on a ship and let somebody
else do the navigating. While Central America
was NOT our first choice, warm weather was.
Given we were down to the wire - our options
were limited. And so we gave up and booked
a cabin on the Oceania line's M.S. Marina.

Ship shape
Not quite one day into it, I'm tentatively happy
with our decision. While certainly not to our
taste, this ship is decorated in an elegant and
comfortable manner. Our stateroom is not only
lovely, it's silent as a tomb. Last night's dinner
was delicious and served in quite a civilized
manner. My challenge is our fellow travelers.
You see, at least thus far there's really nobody
on this boat that I'd like to get to know. Which
is fine with me given that I'm more than happy
enjoying the company of my fellow traveler.
Even after twenty three years, we're perfectly
happy being apart from the rest... together.

Two are better than
Such an isolationist strategy may seem like
snobbery. However our desire to go solo has
nothing to do with the rest of humanity. We
are perfect for each other. A fact that I find
not only amazing but also treasure as one of
life's greatest blessings. And fortunately, the
world of cruising has changed dramatically
from days gone by. While I miss dressing
for dinner, I don't regret not being seated at
a table filled with strangers from Kansas.
We have our choice of multiple restaurants
and are quickly seated at a table for two.
Thus for two weeks it will be all about US.

The gift that keeps on giving...
There must be something in the sea breeze that
breeds romance. Often one must travel afar to
rediscover the treasure they already have. Thus
far I've confirmed that ///I'm the luckiest guy on
earth. And based on Frank's response, he seems
to feel the same way. Acting like a pair of gay
love birds could be a bit challenging on a ship
full of straight seniors. But something tells me
that many of them are in the same love boat as
we are. So at least for the next fourteen nights,
we're going to sail off into the sunset together.
Which means that possibly this cruise might
end up being the best Christmas present ever!