When push comes to shove... 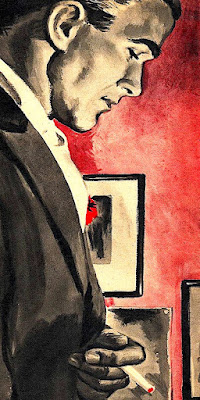 Ten... nine... eight...
Well... I did it. After working on a blog
for several hours I foolishly pushed the
wrong button. And suddenly rather than
save all of my wisdom, I DELETED IT.
Soon thereafter came the realization that
like it or not it was GONE FOREVER.
I'll be honest, I wallowed in that fact.
Indulging in a period of post traumatic
stress syndrome. Yet ultimately I had no
choice but to  move on. Therefore rather
than attempt to recreate what I had killed
in error - I had two choices. Give up or
come up with an alternative PRONTO. 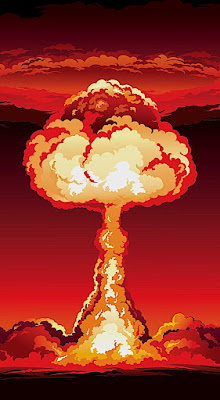 ...seven... six... five...
This disaster caused me to stop and think.
What if somebody... some individual who
was very important did exactly the same
thing. What if they pushed the WRONG
button?! Whether due to some capricious
whim, horrific error, or a temper tantrum
wouldn't matter. What would happen next?
Would the world end as we know it? How
would I feel post the realization that my
error in judgement had killed MILLIONS.
Would I sink deep into a pit of self doubt?
Blame anybody but myself? Or focus on
doing whatever it took to help us move on?

...four... three... two...
Nowadays it's hard to know who to trust. Sadly
it seems that everyone has a hidden agenda. If
only we could go back to a better time and place.
One where those in charge had the foresight and
dignity to do the right thing. It's times like these
that I am grateful for all of those decades when
I didn't have to worry. Said sense of security was
grounded in my total confidence in the concept,
construct, and executors of our American dream.
Yet sadly, a few decades later it's now become a
nightmare. And all because so many Americans
were willing to compromise morality to insure
victory at any cost. Thus this is all YOUR fault.

BLAST OFF!
Now sadly all of our lives now lie in the balance.
We're delicately perched on the edge of extinction
due to no fault but our own. Such a crisis causes
me to ask all of you who did this to us... WHY?
Was it worth selling your soul to the devil? Or
worse - handing over the future of my children
and their children to a megalomaniac who cares
for nobody but himself?! Was keeping America
red worth risking our democracy? I hold YOU
responsible. Therefore if for no other reason the
purpose of this last minute missive is to push
your button. Hopefully there is still time. Wake
up red America - BEFORE IT'S TOO LATE!
Posted by montanaroue at 4:00 AM