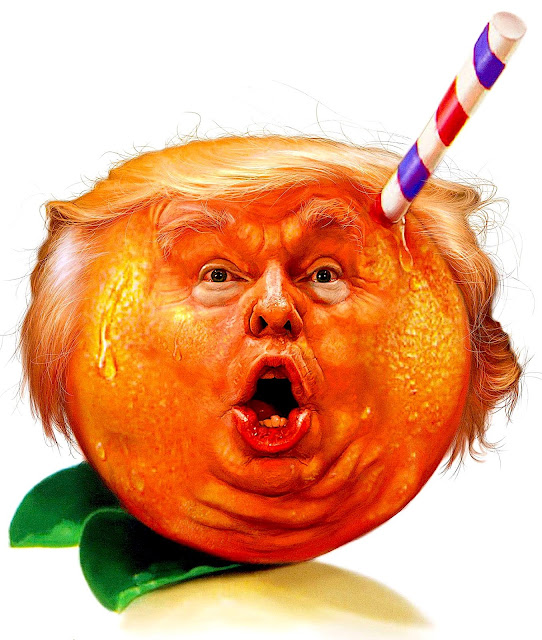 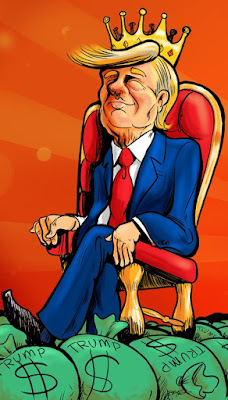 Orange crush
I must admit that I'm rather confused. Mostly
because the heir apparent to the White House
is already acting in an imperial rather than
democratic mode. It seems to me that if one
has been awarded a position of power by
their peers, they should focus on what's best
for those who put them there. Yet all of his
decisions that I hear about indicate that the
good of the people may be the last priority
for Donald Trump. A fact that this blue boy
not only considers disconcerting, but highly
infuriating. If somebody gives you a gift -
shouldn't you at least appear to be grateful? 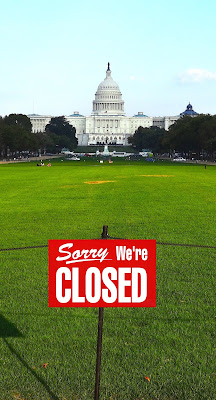 The big squeeze
Apparently the rules have changed. Or in the
case of Donald, they are deemed to no longer
apply.  Especially if they have the potential to
negatively impact the President Elect. When
confronted with evidence that a hostile power
has interfered with our electoral process, Don
simply rejects the very idea. When informed
that millions of American women will march
on Washington in protest of his ascendance to
office, his Inaugural Committee refuses their
right to congregate on THEIR National Mall.
All while Mr. Trump plans to NOT sever ties
to his business empire. What is going on?! 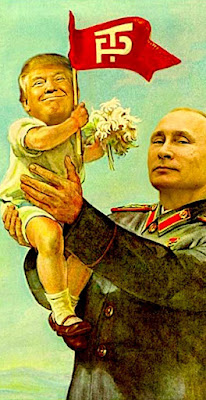 Exchange student
Let's be clear. There is evidence that the
Russian government tampered with our
electoral process. Yet the reaction of the
winner of said intervention is to reject
the facts. This same man accused his
opponent of being "crooked" and said
he would "lock her up." Only to renege
post triumph. And let's not forget that he
still has not released his tax returns. Or
that thus far has not offered up a clearly
defined strategy to avoid any conflicts
of interest between the oval office and
his business enterprises. Winner take all? 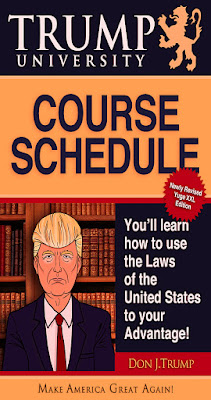 Continuing education
In theory, none of us should be surprised. Mr.
Trump has a proven history of bending both
the rules and truth to his benefit. However in
recent weeks his blatant disregard of historic
precedence and conventional wisdom has
been flaunted repeatedly. And yet somehow
all of this is allowed to continue and flourish.
Mr. Trump, his family, and flunkies behave
in a manner that defies traditional ethics. But
what is most shocking is the lack of reaction
from his fellow Republicans. All who would
be initiating impeachment proceedings if he
were from the left. How quickly they forget. 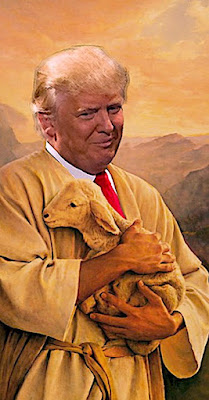 Silence of the lambs
Every single accusation of political favoritism,
graft, conflicts of interest, and greed thrown at
Hillary Clinton seem to now be perfectly fine.
Even before entering office, it's clear that the
ethics of the Trump administration are going
to be murky at best. So what does this all mean
to all of us? In truth we have no idea. However
if their behavior thus far is any indication, we
are all at risk of losing everything that makes
America great. Are we willing to be a nation
of lambs led to slaughter? All while our leader
and cohorts profit from unfair advantages that
hitherto were deemed crimes against the state? 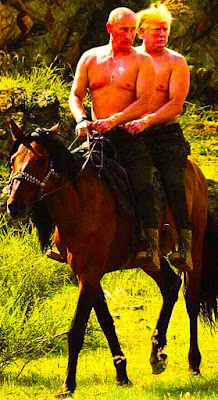 Double indemnity
I find it all disgusting. In addition I'm beyond
confused and terrified. I keep asking myself
"what can I do?" Should I join some march
on Washington DC? Or plan our relocation to
South America? What can one do to protect
their interests against these barbarians at our
gates? Will we soon be at war with China?
Will Russian be our second language? Will
the Trump Corporation be given a contract
to manage our embassies worldwide? When
will it stop?! And... who is going to stop it?!
Our democracy is being put to a test. Can it
survive against such an ethical holocaust? 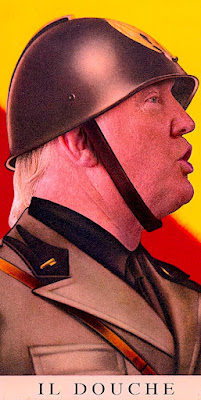 Future tense
Hopefully our elected leaders on both sides of
the aisle will step up. As representatives of we
the people - their job is to defend the rights and
self interests of all Americans. Since the birth
of this nation, our rules and regulations have
insured that every American is treated equally.
Thus I'm hopeful that if tested to the extreme,
freedom will prevail. However, I worry we're
teetering on the edge of a redefined American
dream. One that only benefits those in control.
Some might call that approach a dictatorship.
Of course that will never happen in America.
Then again, stranger things have happened.
Posted by montanaroue at 4:00 AM