FROM THIS DAY FORWARD 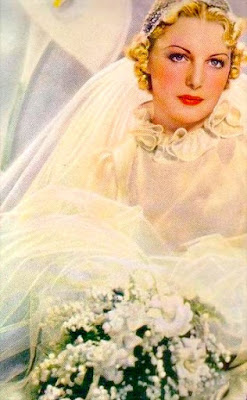 Two of a kind
I've always loved weddings. Between the
flowers, fashion, music, and vows I adore
said celebrations of love. Yet as time has
passed my perspective on the event itself
has evolved. This afternoon my youngest
daughter will be married in Chicago. For
six months I've watched dear "M" and "D"
orchestrate the planning of their nuptials.
And what's impressed me most has been
their simplicity, elegance, and intelligence.
As well it should be, today's affair is all
about them and thus uniquely personal.
And what could be better than that? 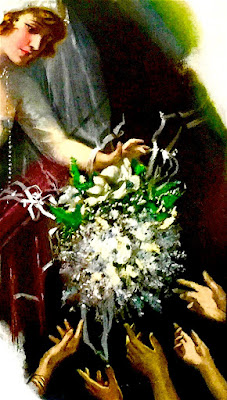 Much ado about nothing
We've all watched those television programs.
Hence it's easy to assume that in order to say
yes to a dress a "bridezilla" spends big bucks.
The resulting turmoil involved in planning a
wedding seems to put almost every couple
(and their family and friends) to the test. And
in the end none of it's rarely unique. Instead
after all of that fuss the end result is beyond
formulaic.Thus if you've been to at least one
wedding, chances are you know the drill.
One can't help but wonder why couples still
adhere to time old traditions that in reality
have absolutely nothing to do with them. 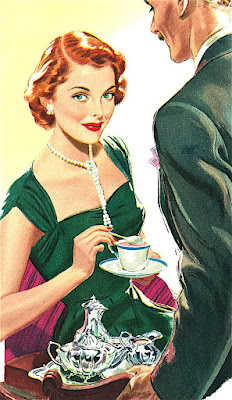 Dynamic duo
"M" & "D" met three years ago. From the
start they fit together perfectly. However
given that in life nothing goes smoothly
they've had their surprises. Including my
fabulous and beloved grandson "H." And
yet no matter what has happened, they've
figured out a way to do it their way. Every
choice they've made up until today has
been a shared decision. All with little to
no drama which in our family is a rarity.
They simply know what's best for them
and rather than play by anybody else's
rules - they quietly blaze their own trail. 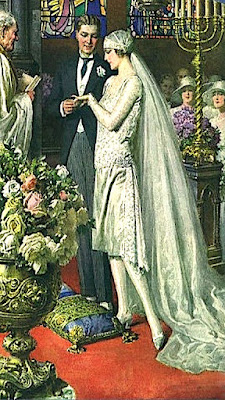 Tried and true
My first wedding was large and formal.
Frankly I reveled in all of the traditions
related to marriage. Including flowers
inspired by Constance Spry plus black
tie and tails. In hindsight much of what
we planned was about everybody but
ourselves. Hence a massive reception
filled with those our parents invited in
return for prior engagements. In truth
while beyond lovely, it was a waste of
time and money. Whereas "M" and "D"
have planned an intimate affair that's
uniquely theirs. On a shoe string budget. 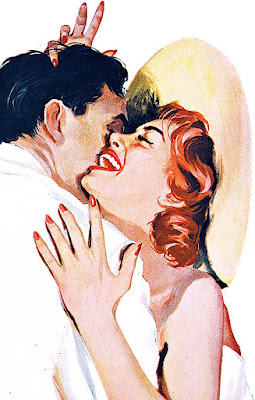 Old enough to know better
Much of their success relates to being
older and wiser. The soon to be wed
duo are old enough to know what they
want. Having already lived together
they're certain they're doing the right
thing. As parents they understand all
that life is really all about. Hence at
this point celebrating their legal union
is nothing more than proof of a job
already well done. Given they have
nothing to prove they've planned a
party that celebrates their love and
life together. How amazing is that? 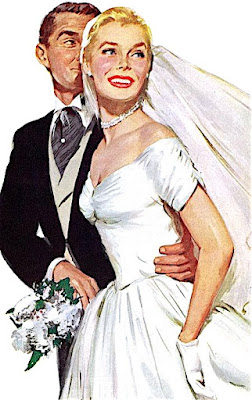 What's love got to do with it?
All of the above probably has my Mother
spinning in her grave, Yet I'm certain that
Ethel approves. In the end love conquers
all. While my parents didn't love the idea
of my being gay, they adored Frank. All
because they knew he loved me as much
as they did... or more. Which is why I'm
more than happy to give away my baby
girl to the man she loves. Theres no doubt
that "M" & "D" love each other. Together
they are stronger, wiser, and even more
amazing. What's not to love about that?!
CONGRATULATIONS Mr. & Mrs. "B"!
Posted by montanaroue at 4:00 AM