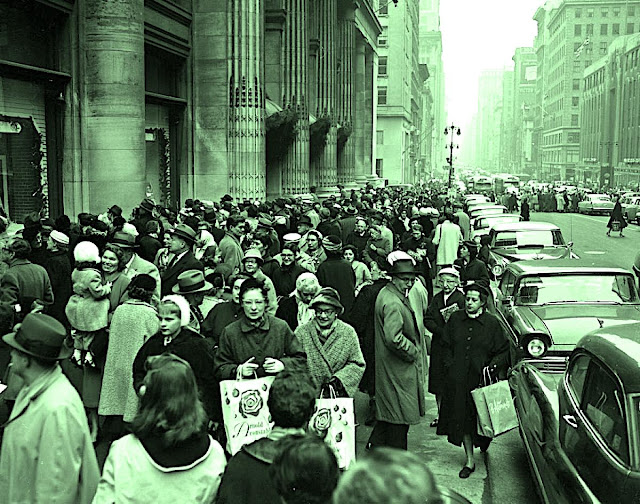 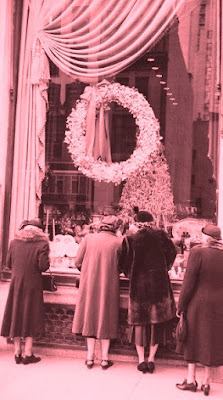 Home sweet home
This weekend I'm in Manhattan. After a last
minute meeting on Friday, it made sense to
stay on through the weekend. This prodigal
son has returned to join the tourist throngs.
Hence especially in midtown one is forced
to bump into all sorts of fellows. This mass
diversity aside, one thing is most certain. In
said mix one can't help but catch the holiday
spirit. When deep within the core of the big
apple I'm nostalgic for Christmas past. Thus
this quick dip into the nostalgia pool reunites
me with those I've loved and lost. Which
may be the best way to celebrate the season. 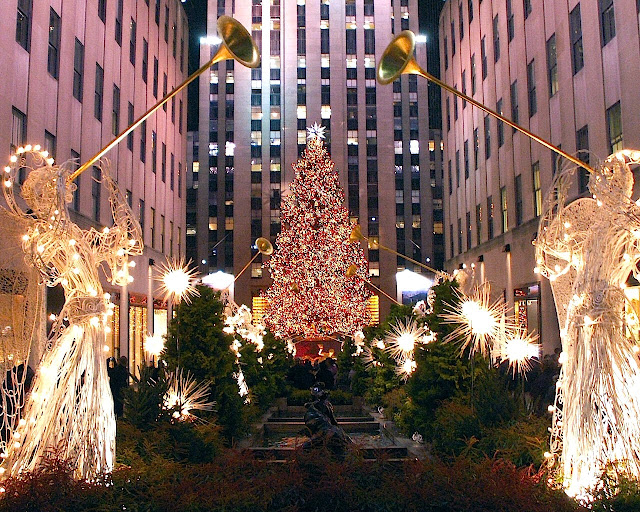 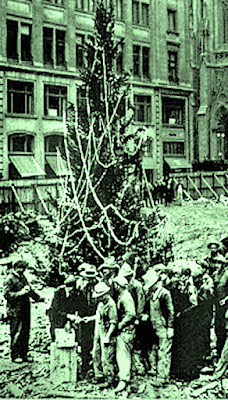 Fully lit
The great tree at Rockefeller Center shines
bright in the Manhattan equivalent of your
town square. The first tree was erected by
a construction crew in 1931. Now it takes
a lot of pomp and circumstance to laud it's
arrival, erection, decoration, and that final
flip of the switch. While I prefer to stay as
far away from the millions mingling in it's
proximity, it will always be a symbol of
the season to me. Thus while I avoided
the peak traffic time, I did stroll past late
last night to see it soar above the throngs.
Somehow it makes this Scrooge happy. 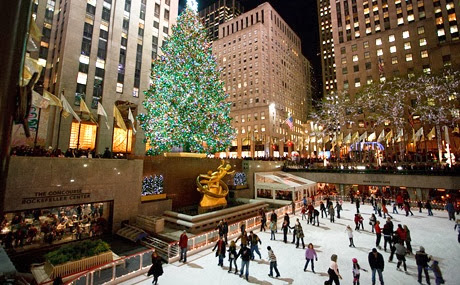 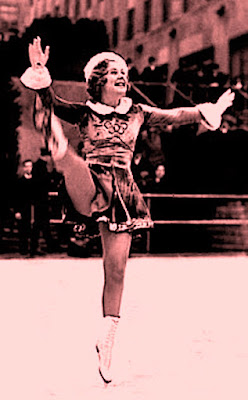 Frozen in time
Some things never change. Anyone can
skate below the great tree on the ice at
Rockefeller Center. For years my father
dragged me onto said ice in an attempt
to teach me how to skate. Finally, he had
to give up thus I've never mastered the
art of frozen liquid (except sipping it).
In my youth a very old Sonia Henie
look alike used to skate on the rink in
in full regalia. She hasn't been seen in
years. So maybe it's safe to assume that
the eskimos finally put her out an ice
floe. Or...  she moved down to Miami. 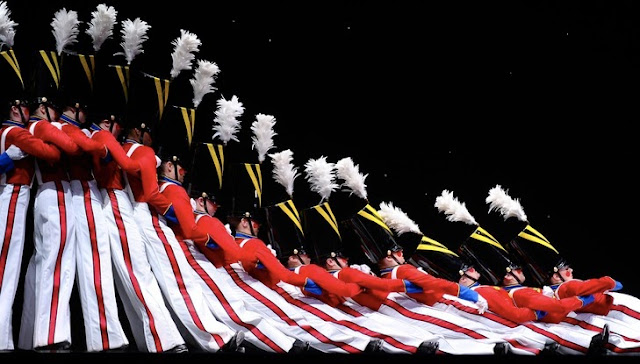 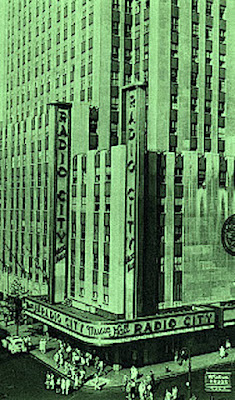 Really big show
When I was a kid Radio City was still a
movie theater. While everyone knows of
the Rockettes, few realize that they used
to be the opening act before the big event.
Every Christmas and Easter there was an
extravaganza that played well BEFORE
the movie. By the seventies it was a little
tired at best. As a fan of Bubsy Berkeley
even I struggled through the march of the
very "wooden" soldiers. Today the show
continues without a flick and while I've
never been, most of the midwest seems
to enjoy the show. ROCK ON! 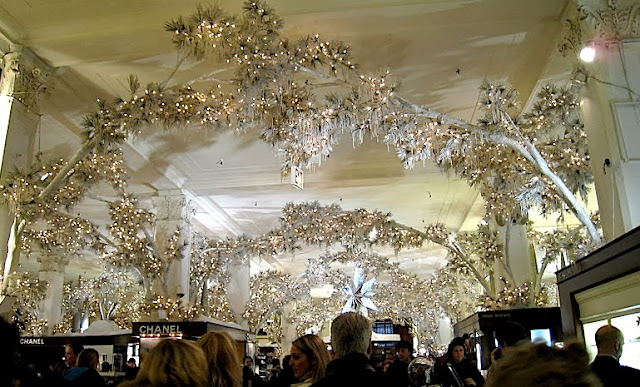 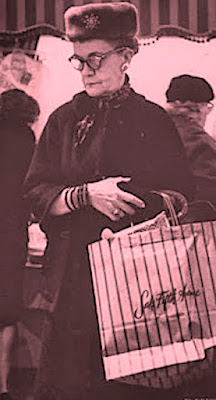 Under ware
In closing I must mention Saks. Situated
across Fifth Avenue from Rock Center
it's main floor has always defined a white
Christmas for as long as I can remember.
Some think it's tired but strolling under
those boughs ALWAYS puts me into the
Christmas spirit. Few things are certain.
One thing that will never change is that
old bags have carried shopping bags from
the beginning of time. Thus during this
holiday visit, I'll bag a few myself! All
of the above are just a few of the reasons
why Christmas in New York is DIVINE!
Posted by montanaroue at 4:00 AM