OUT ON A LIMB 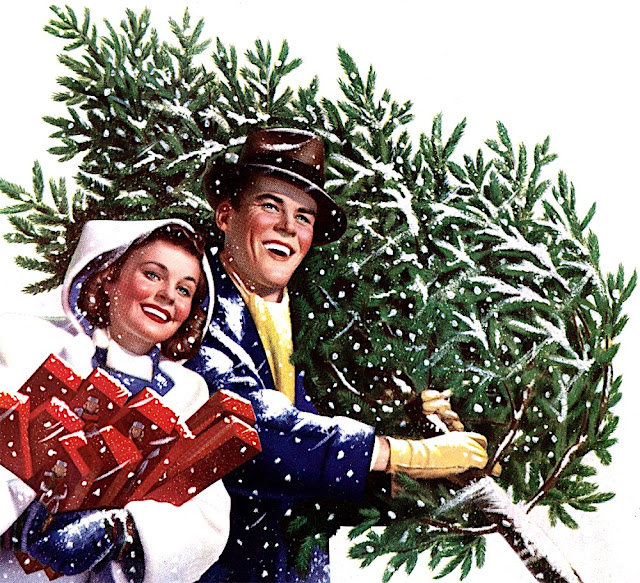 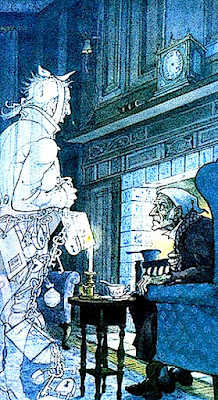 Bah humbug
As the holidays approach my inner Scrooge
arises. There are a plethora of reasons that
I rather abhor the festivities, trappings, and
accouterments that are associated with this
season. All of which drives what can only
be deemed my aversion to December's pomp
and circumstance. Each year I try my best to
don my gay apparel and smile as I silently
suffer. However anybody who truly knows
me understands that it's best to not poke a
stick in this Santa bear's cage. That's because
if you think I love decorating a tannenbaum,
then you're barking up the wrong tree. 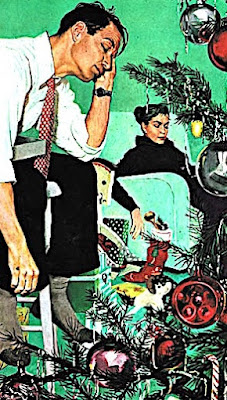 Surprise party
It wasn't always this way. As a tot I loved
nothing more than putting up a Christmas
tree. In the early days my parents adhered
to age old traditions. Thus post selection at
the local lot, our fresh pine wasn't delivered
until shortly before the 24th. That evening
we decorated our tree as a family and then
I went to bed. Hence for this child the joy
of Christmas morning involved not just the
presents but the tree itself. Of course later
the magic went away post the invention of
artificial advent arbors. And somehow it
was never the same or was I getting older? 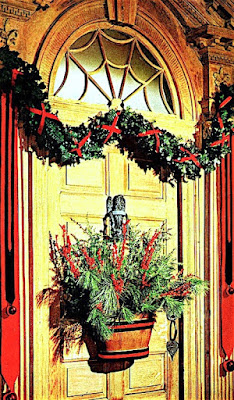 Stacked deck
After leaving the nest I became the ultimate
of traditional Christmas snobs. Hence ever
since nothing but the real stuff crossed my
threshold during the holiday season. When
my kids were young we had two trees, one
for them - the other for the adults. Almost
every window sported a fresh pine wreath
while our front door and surround was a
cornucopian homage to Williamsburg. For
years I sugared fruit, pressed cloves into
oranges, forced amaryllis, nursed narcissi,
and decked the halls with Virginian holly.
Then suddenly it all withered and died... 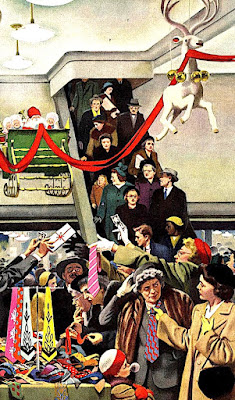 Clear the decks
I won't go into all the details as to why my
marriage failed. However one of the more
seminal moments in it's demise involved a
holiday tree. Hence for years I avoided any
and all remembrances of Christmas past.
Add to said aversion a long career in retail.
Thus it's no wonder that I lost my holiday
spirit. Given the bulk of a store's business
is driven by the holiday season, you talk,
plan, and work on it for almost the entire
year before and after. Said never ending
cycle does more than bust one's doors, it
beats the jingle out of you. HO HO NO! 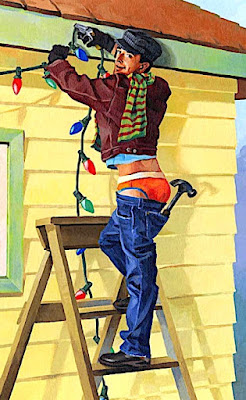 Secret Santa
All of the above would indicate that even
thinking of asking me to help hang your
balls would be foolhardy at best. However
that's exactly what Frank's cousin (third
or fourth) did. And to everyone's surprise,
I joined the party! Every year Lewistown
launches the season with the Festival of
Trees which benefits our Boys & Girls
Club. Individuals, companies, and lots
of elves create and donate amazing trees
which are then sold by silent auction. For
obvious reasons we've avoided said soiree.
Thus I didn't know what I was missing! 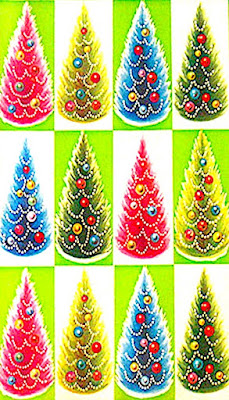 The more the merrier
This morning I joined several friends and
relatives to help decorate "G's" tree. For
months she's been knitting the most (and
I repeat most) delightfully merry mice.
For a few hours we collaborated to create
a quite charming vignette. As we literally
hung out we enjoyed each other's company
immensely. Walking about the Fairground
Trade Center I saw a plethora of fabulous
firs decked out in amazingly creative ways.
And then I realized just how much I love
Christmas trees - especially when I don't
have to decorate them! How about you?!