WHAT'S SO FAIR ABOUT THAT? 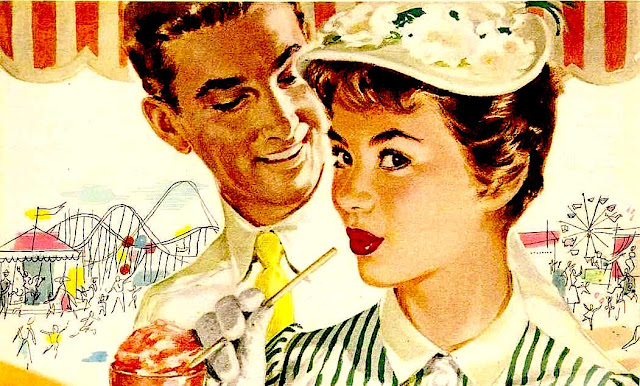 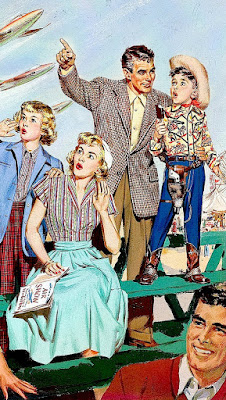 Fair is fair
Here in Lewistown, along with the summer
heat comes our celebrated Central Montana
Fair. Americana at it's finest this time tested
tradition entices folks from miles around to
leave the ranch for some fun. However in
reality this beloved event is so much more
than about escaping chores - it celebrates all
of the elements that truly make living way
out west so amazing. And that takes a lot of
hard work for months ahead of this week in
July. After experiencing it for the first time
all I can say is it was well worth the wait!
Yes, you heard right - it was my first fair! 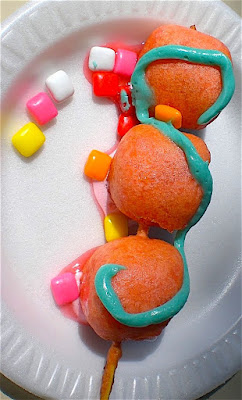 Something to chew on
Well, in central Montana that is. Before
you all chuckle or gloat, this wasn't this
city slicker's first time at the rodeo. We
lived in Texas for four years and so I've
made the annual pilgrimage to the Texas
State Fair in Dallas. Like most things in
the Lone Star State, it's BIG. Hence just
about everything at said event is over the
top especially when it comes to hot fat.
Each year somebody fries something new
to everyone's culinary delight. Imagine
crunching into a deep fried coke, Kool
Aid, bubble gum, or butter  burst?! Yum! 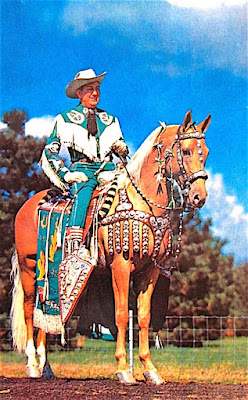 Hot sauce
Also while living in Texas I was able to
attend the annual Texas Ranch Roundup
in Wichita Falls. Every August a group
of the biggest ranches in the panhandle
meet to ride and roast (literally). Outside
of the air-conditioned arena, I was part
of the crew manning the Spade Ranch's
chuck wagon. Which meant digging fire
pits at 3 a.m. in order to competitively
cook over hot coals before noon. By the
early afternoon we were exhausted post
stirring the pots and feeding those hot
ranch hands and their families. Yeehaw! 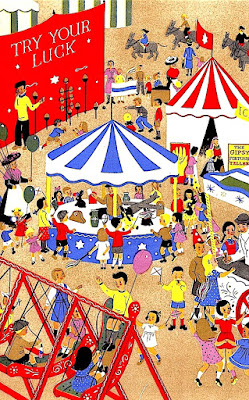 Going along for the ride
I also was once a frequent fair flier at the
Berrien County Fair in rural Michigan.
While living in greater Chicago area my
family and I escaped every weekend to
our second home in "Michiana." Soon
this fair became a family tradition and
weekend excursion. My kids adored the
rides, animals, food, and exhibits. While
I loved the people watching. The mix of
urbane Chicagoans versus locals was at
times beyond entertaining. One could
definitely tell the commuters from those
who actually lived there! What fun! 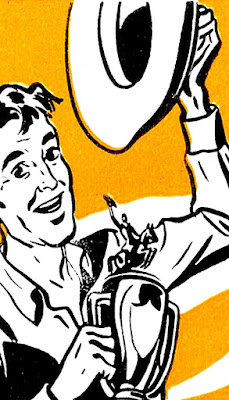 Prize winners
Which leads me to the most special aspect
of the Central Montana Fair. You see, for
the first time I knew the names and faces
of those who were strutting their stuff and
winning as a result. For an "outsider" like
me, it was proof that I was finally HOME.
Living in a small town can at times be a
tad tedious - especially as one attempts to
navigate the aisles at Albertson's. However
there is nothing more comforting that being
known and loved by friends and neighbors.
Such collective support validates this man
in ways that are almost unexplainable. 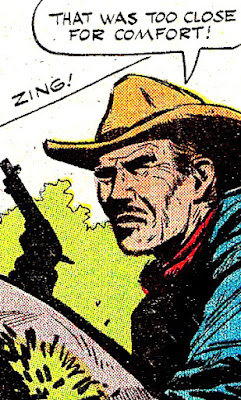 Howdy neighbor
I can't tell you how humbled I am by such
inclusion. Just the other evening one of
our rather rough neighbors berated me
from their front porch. Soon said sordid
gentleman and I were sparring across the
street. At one point he suggested that we
"go back where you belong." Fortunately
it soon ended. However I'll admit that I
was more than rattled by the experience.
While my background, demeanor, and
habits may be a bit different from the rest -
I'm proud to call Lewistown home. So
like it or not... the "boys" are here to stay!
Posted by montanaroue at 4:00 AM