RIGHT BACK AT YOU 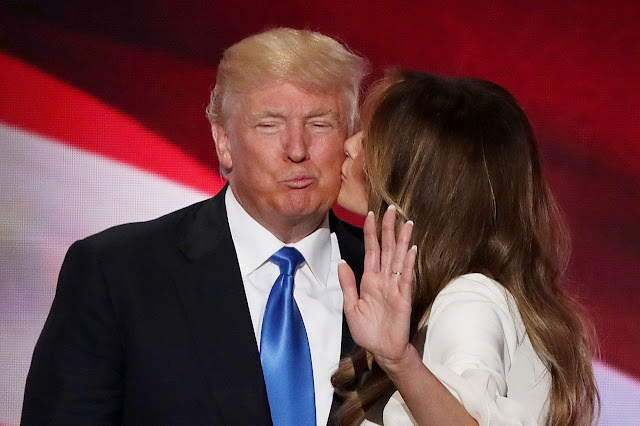 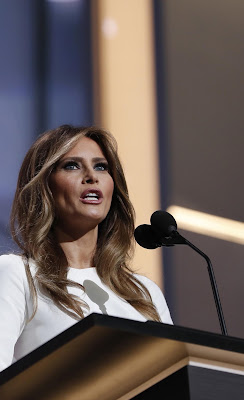 Oops I did it again...
Yesterday the internet was abuzz with
accusations and denials as to Melania
Trump's theoretical plagiarism of Mrs.
Obama during her speech at the 2016
Republican Convention in Cincinnati.
Video "mash ups" quickly confirmed
striking similarities that one doubts were
coincidental. Which bodes the question -
who would ever do something so stupid?
Quickly fingers were pointing in every
direction except towards the lady herself.
Leaving us all to wonder who would be
summarily fired for such a big mistake. 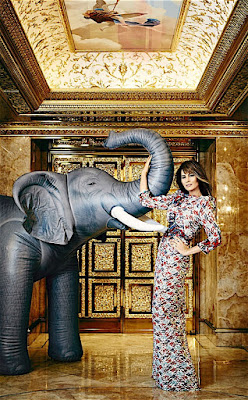 Me, myself, and I
Prior to her appearance Mrs. Trump had
discussed preparation for her speech in
an interview with Matt Lauer. She stated
"I read once over it and that's all. Because
I wrote it with [as] little help as possible."
Hence it's safe to assume that the lady in
question either authored or deliberately
drove the content of her initial gig before
the American public. Thus the error of
her ways can be blamed on one and only
one individual - the potential First Lady
herself. Now the elephant in the room is
why didn't Melania speak for herself? 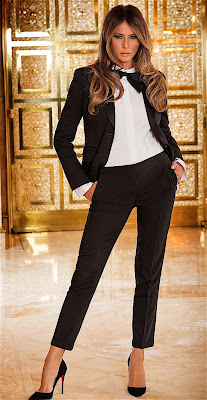 The golden rule
Frankly, whether the lady purposefully
lifted or was caught copying isn't the
issue. Rather it's the reality that a very
smart, very confident, very right, and
obviously very beautiful woman opted
to coop the words and thoughts of her
arch enemy as her own. And... that in
all probability never even considered
the fact that said act might be revealed.
While such arrogance may shock lowly
serfs such as ourselves, arrogant folks
do whatever they want on a daily basis.
AND almost always get away with it. 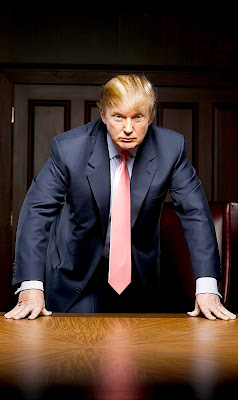 Singular sensation
Politics aside, I've sat in many board rooms
while corporate titans misrepresented facts
and therefore blatantly lied. Such delusional
rantings are rarely put in check given power
brokers tend to eliminate anybody who just
might disagree with them. Instead they opt
to surround themselves with those of like
minds who do whatever they're told. Hence
in my experience such unfettered arrogance
and purposeful ignorance are a dangerous
combination. Given history repeats itself
one can safely assume that power corrupts
those who abuse it. Do you copy me? 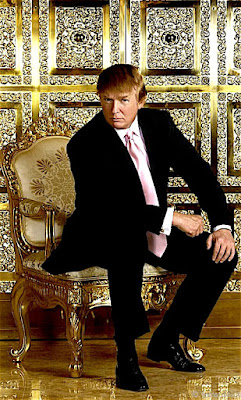 Gold finger
When one lives in a world all their own
they maintain complete control of their
sphere of influence.  Therefore it makes
sense that at least from their perspective
nobody matters but themselves. Melania
Trump's gaff is if nothing else indication
of the dangers of handing over control to
self made megalomaniacs. While some
may argue the theory that power corrupts,
few can disagree that the view from the
top is usually distorted by one's lack of
perspective. Leaving we the people far
beneath their radar. It's ALL about them. 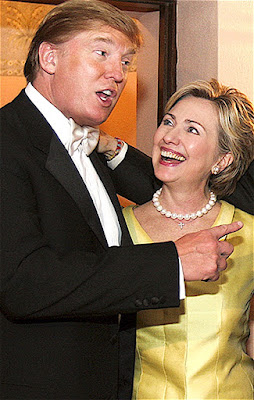 Rules of the game
Obviously there are dramatic differences
between career politicians and real estate
magnates. While outsider status may be
alluring, it comes with a sea of red flags.
You see, a politician must predominantly
(e-mail servers aside) play by another's
rules. Whereas a titan succeeds through
calling the shots. In the private sector a
power broker deftly bends the rules in
their favor. Whereas most politicians
within our democracy legislate for laws
that favor the majority - not minority.
Can a private boss be a public servant? 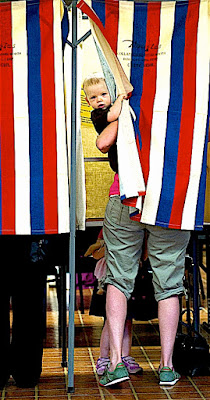 Toll booth
As you consider the pros and cons of both
presidential candidates it's best to avoid all
rhetoric. Depending on whatever side you
align with, both are ready to provide ample
arguments that justify their positions. Thus
our collective challenge is to focus on the
character of the individuals at hand. In life
most of us get an immediate sense when
we meet someone new... right or wrong.
This November the power is ours. We all
must choose between the lessor of two
theoretical evils. Who will be the proud
recipient of your GUT punch?!
Posted by montanaroue at 4:00 AM