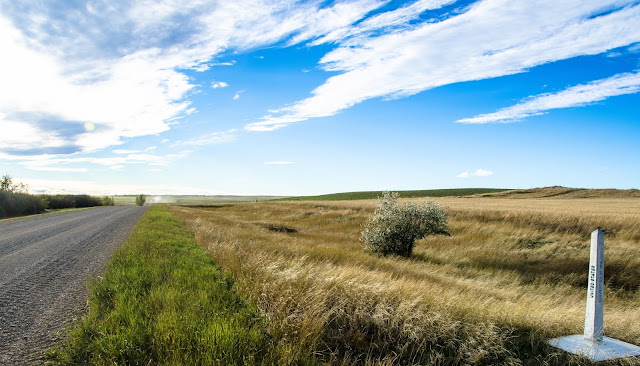 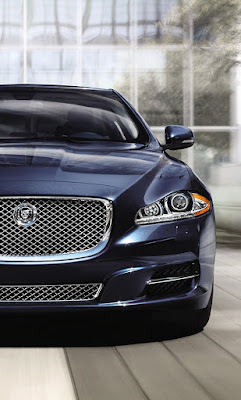 At your service
Living off the grid at times requires both
creativity and fortitude. Today we drive
home from Calgary, Alberta - which is
about a seven hour drive. The reason for
our journey across the border was to have
our Jaguar serviced at the nearest dealer
to Lewistown, Montana. One might ask
why we own a vehicle that requires an
over four hundred mile journey. Are we
a pair of out of touch snobs? No. Having
owned several Jags prior, we purchased
this one while living in Dallas. Where I'll
note a dealer was less than five miles away. 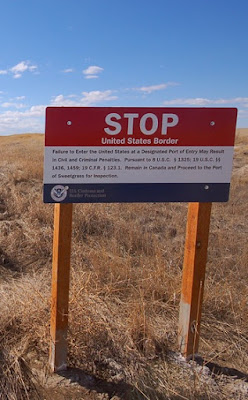 Over the edge
Any border is simply a line in the sand.
Yet the moment you step over it you're
in a different place. Re-entering America
via Sweet Grass Montana from Coutts
Alberta shouldn't require a cultural shift.
Yet it does as there are definite benefits
to a return engagement. The odometer
flips back to miles from kilometers and
the speed limit goes to eighty MPH vs
one hundred and ten KM. The price of
gas drops dramatically. All of that said
one just feels at home. Which is easily
worth the cost of a round trip ticket. 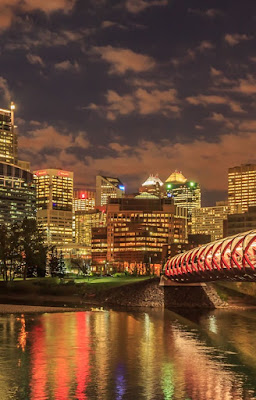 The more the merrier
Calgary is a city of over one million.
While a bit small per a Manhattanite's
standards, it's big enough to feel quite
cosmopolitan. For the past four days
we've dined on all the things we can't
get in Lewistown. In between taking
the car to and from servicing we also
shopped a bit. However most of our
time was spent walking about Calgary
at large. Along the Bow River there
is a rather substantial trail system. So
overall, we enjoyed our respite on the
other side of the virtual fence. 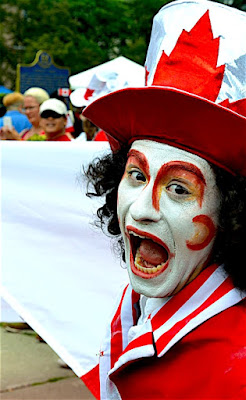 Day by day
If nothing else our jaunt up north was
a reality check. Nobody gave a damn
that Monday was the Fourth of July.
There were no parades, fireworks, or
barbecues. That's because they just did
all of that on July first which is Canada
Day. Proof that any celebration of pure
patriotism - no matter where one resides
- must include public treks, gluttony,
and booming pyrotechnics. Oh... and
political discord as French and Anglo
Canadians continue to argue aboooot
just abooooot anything... incessantly! 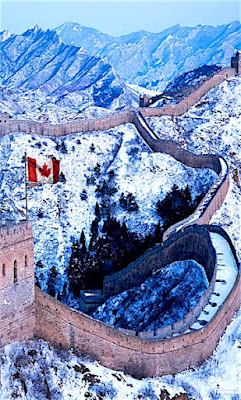 Don't fence me in
By now I know that some of my more
conservative friends are worried that
this is a perfect segway to a political
discussion. However today I'm simply
not going there. My only concern is
that turnabout is fair play, Thus Canada
may ban any influx of Americans post
November's election. Now that we're
back and safe in the U.S.A. one quickly
realizes that transferring allegiances in
all probability yields few if any benefits.
So like it or not we're both proud to be
Americans. No matter what we say... 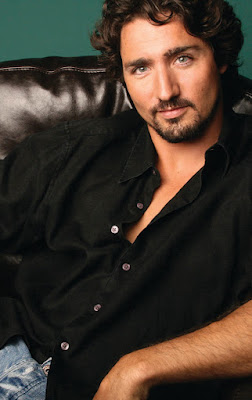 Neither nor
At least on the surface it's hard to see any
major difference between Canada and the
United States of America. Sure they talk
funny. However with all of our "yups" or
"ubetchas" we Montanans have no room
to talk. Then of course theres their hunky
Pride Parade marching Prime Minister
who is younger and hotter than Barack.
They worry about "socialism" while their
currency hovers in the mid-seventies vs.
our dollar due to low oil prices. Thus they
may talk like Commies yet are capitalists
at heart. Hence we're equals but different. 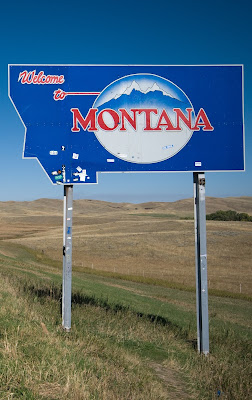 Scenic outlook
The fact is the grass is never greener
on the other side. Most Canadians are
just as distraught, disenfranchised, or
as angry as the majority of Americans.
Which only proves that human beings
have a natural infinity for complaining.
We bitch and moan about everything
from the weather to taxes. Yet we're
actually fairly happy with the way our
lives are on a daily basis. If one stops to
think about it, we're all pretty damned
lucky and incredibly blessed. So why
don't we talk about that for a change?!
Posted by montanaroue at 4:00 AM