SEND IN THE CLOWNS? 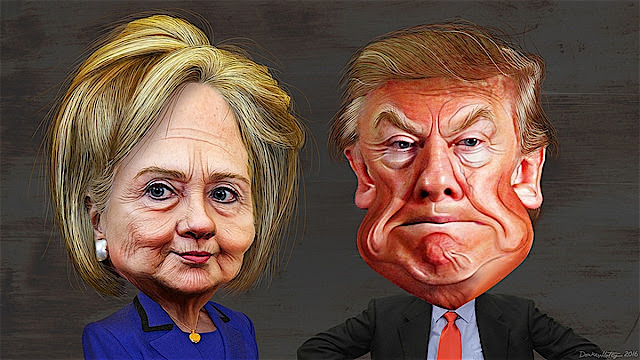 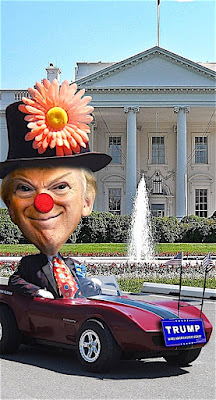 Going my way?
I've always been rather afraid of clowns given
I question the sincerity of anybody who hides
behind too much pancake. There is no doubt
that looks can be deceiving as proven by this
week's Lewistown Fair Parade. This innocent
liberal spied an adorable VW bug covered in
flower power decals in the lineup. Popping
out of it's sun roof was a camouflage decked
soldier and a hippie sporting a big Rastafarian
doo. Assuming this was a plaintive plea for
cross pollination, I applauded and hooted out
my support. Then I saw the sign that read...
"VETS AND HIPPIES FOR TRUMP!" 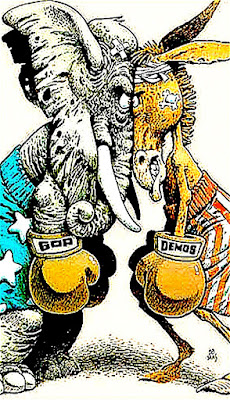 Party poopers
While things are often not what they seem,
some have no problem boldly flaunting their
opinions. Here within our western environs,
Democrats are a rarity. Hence nothing could
be braver than a Democrat marching down
Main Street in the midday sun. Dryn Durley
is running for the District 29 Montana House
seat which serves both Fergus and Petroleum
Counties. As she strutted her stuff, she held
out her hand to a lady standing next to us
saying "I'd love to meet and talk about the
issues." The lady's response? "Sorry, but I'm
a Republican." And then she turned away... 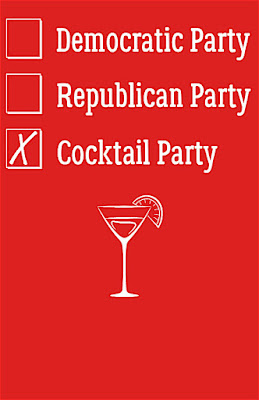 Absentee ballots
Unable to stop myself I leaned over and
said "Can't Democrats and Republicans
talk to each other?" Her flustered reply?
"Well maybe, over a cocktail!" We both
laughed and moved on. However I can't
help but feel sad about said discourse.
That's because it's rare that most of us
actually talk about politics. Rather than
work our way through our differences
we politely turn our heads from reality.
Could our purposeful perpetual state of
ignorance be the root of our evils? Yet
we complain that nothing ever changes. 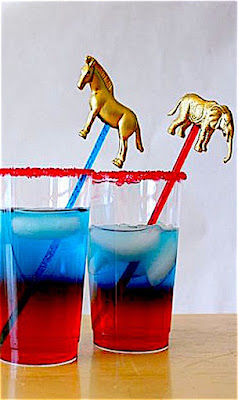 Brew ha ha
We don't have to agree. Yet at some point
we must meet somewhere in the middle
and move on as one. Refusing to engage
in a dialogue deters any potential for our
forward momentum. Therefore like it or
not, we're going to have to "chat" during
this Presidential election. After all given
we're Americans this is all about us. And
whatever the outcome, it's doubtful that
any of us are going anywhere. Thus much
as Dryn Durley suggests, we should chat
about the issues. And if my parade pal is
correct, if alcohol is required I'm buying! 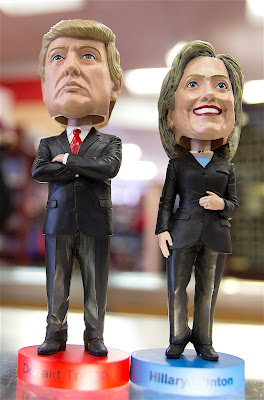 Much ado about nothing
Somehow we must dig deeper into our
current state of truth or consequences.
Both sides spew rhetoric which rarely
relates to anything about this election.
Many claim to hate both Presidential
candidates. However few can actually
supply specific details as to why they
disdain those who are willing to serve
our country. Instead we rattle off a spate
of hearsay that benefits no one. If our
collective fate truly lies in the balance
of November's ballot box, shouldn't
we all be doing our homework? 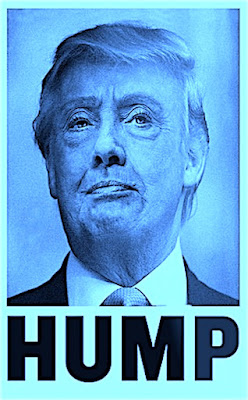 Shop and compare
Here's your first assignment. Review both
of the candidates convention acceptance
speeches. Compare one versus the other.
Even better, check out the fact checks via
whatever media outlet you respect and see
whether Donald or Hillary told the truth.
The fact is that both potential suitors have
ample talent in the bravado department.
However now that they're both official, it's
time to connect the dots between reality
and rhetoric. And so, I'm suggesting that
as free and equal citizens of this country,
we attempt to make an educated decision. 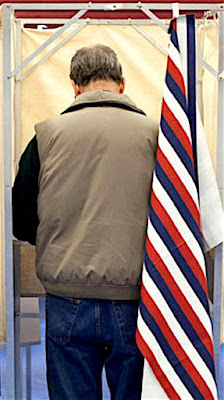 Times a wastin'
I warn you, it won't be easy. Sifting through
the brouhaha is much like panning for gold.
Finding anything meaningful or measurable
may be virtually impossible. However if we
are going to go into a voting booth it is our
responsibility to cast our votes intelligently.
No emotion. No hate or love. Simply opting
to select whoever we decided is the better of
two options. As of today we've got 100 days
to figure this out. The good news is that we
all share at least one thing in common. Our
collective futures ride on this decision. So
let's try to make the best one for ALL of us.