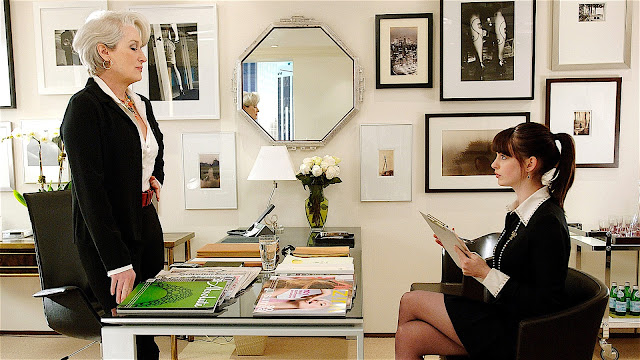 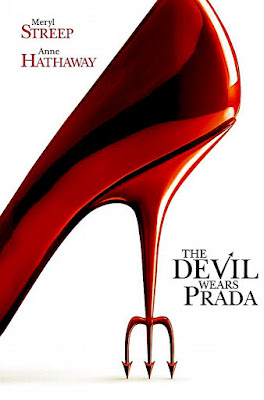 Ten to one
All of a sudden, when you least expect
it, reality hits you in the face. Did you
know that the film entitled "The Devil
Wears Prada" just celebrated it's tenth
birthday? I found that quite shocking
as I just watched it a few weeks ago.
At the time it seemed just as fresh and
relevant as it had the first time I'd seen
it. However given I was viewing said
flick while ironing, I've obviously been
out of the fashion business for a couple
of years. Yet during my tenure there
I had my share of pressing situations. 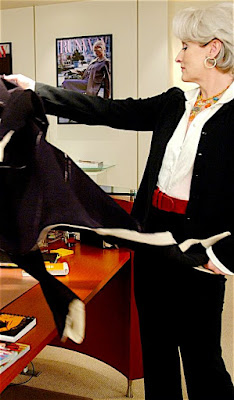 Drop dead gorgeous
For much of my career I've reported to very
strong women. Savvy, smart, confident, and
yet quirky ladies. We've all got our schtick
however some carried their daily drama to
Shakespearean levels. While not always as
entertaining, each and every day under their
leadership was illuminating. And much like
Meryl Streep's homage to Anna Wintour,
each had their ways. One boss arrived late
daily with a voluminous Louis Vuitton tote
full of surprises a la Felix The Cat. Shortly
after she doled out said goodies, we were
all sent scrambling! My God was that fun! 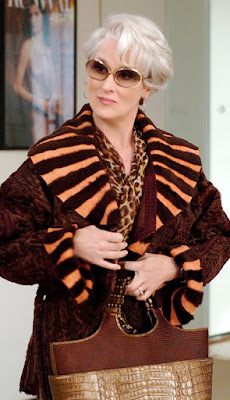 Women's world
Bravado aside, each and every superior of
a feminine nature was better than almost
all the men put together. In hindsight they
had to be given the odds were against them.
As a male I can't imagine what it was like
to build a career in the days that required
a girl wear a suit and bow tie. Under their
leadership I learned many things however
the most important fact was that men and
women are different. And nothing could
be better than that. Simply because females
have a depth of wisdom and compassion
that far surpasses that of the male species. 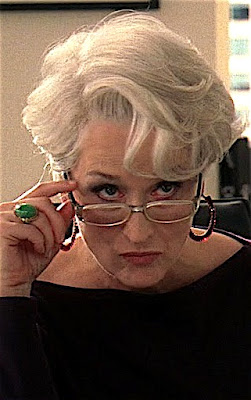 Time and again
Well, not all of them. Periodically those
of us working for a certain lady suffered
from natural causes.  Our lives would go
from heaven to hell in a nano second for
seemingly no reason. Then we discovered
that there was a cycle to said madness.
Soon many people in the department had
tiny red dots on their calendars in order
to prepare for the worst. Once we knew
what to expect, the facts of life did not
deter us from our duty. And no matter the
challenges, working for that lady made
us all the better for it month after month. 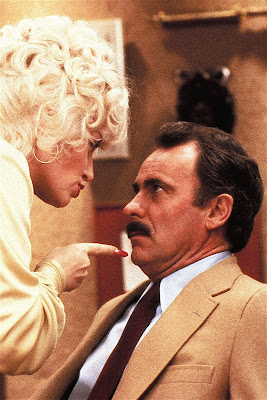 Boys will be boys
Let's be honest. The battle of the sexes
has been going on since time began. Yet
many can easily set that dynamic aside
in the office. In my experience, when
someone slips off the slope of propriety
it's invariably a boy. Remember that pig
of a boss in Nine To Five? Well in just
about every company theres at least one
of those gentleman prowling the office.
Always looking for more than a cup of
coffee. Hence I've found it's better to
suffer the slings of menopausal mood
swings than swing with the boys club. 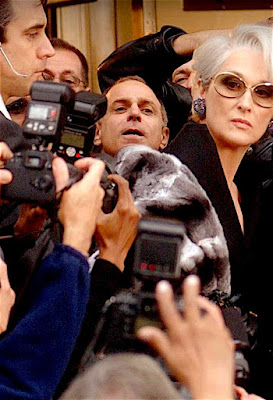 Out of the mouths of babes
It's been advised that it's best to not
defecate where one eats. Yet some
people can't resist flinging crap in
the office. Recently a top executive
at a fashion brand suggested that it
would have been better if another
key leader had been present at the
prior days terrorist attack. Post said
session the audience of serfs treated
their post traumatic stress syndrome
by marching down to H.R. Quickly
thereafter said guilty party exited
the building. Well shut my mouth... 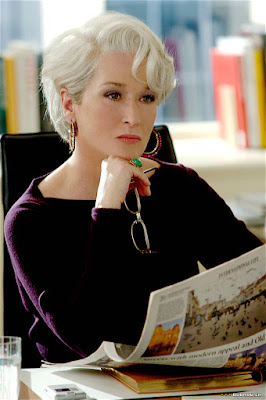 Mother nature
Life starts with some woman calling
the shots. By their very nature most
Mothers feel the need to guide our
way. Maternal instincts aside, it's a
proven scientific fact than men are
from Mars, women from Venus. Yet
any adult knows that every human is
different. Hence making judgements
based on sex alone is foolish at best.
Some of us never learn. Meaning that
certain chauvinists are still learning
what equality really means. Fair is
fair. When will the foolishness end? 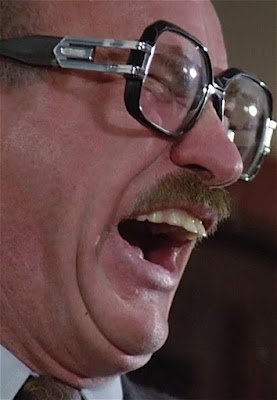 Pride and prejudice
However one's chromosomes fall,
human decency is a key element of
leadership. It's been my privilege
to work for great women and men.
In addition I've suffered fools who
didn't deserve to sit at the head of
the table. And... they knew it. My
father advised me to be careful of
"stupid" people in roles of power.
That's because ignorance always
breeds fear and contempt. Sadly
said evil manifests itself in the
office, home, and world at large. 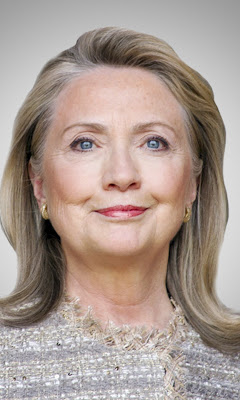 Ladies first
I'm not saying that women are better
but then again, yes I am. While that
may shock some I'm fairly confident
that I'm right. Not every member of
the feminine persuasion is perfect.
However most leverage a higher level
of compassion, foresight, and wisdom
that many men can only marvel at. This
November we've got a choice between
two classic power brokers. While each
of them has their share of sins we must
choose one. Based on my experience
I'm voting for my feminine side.
Posted by montanaroue at 4:00 AM