There but for the grace of God... 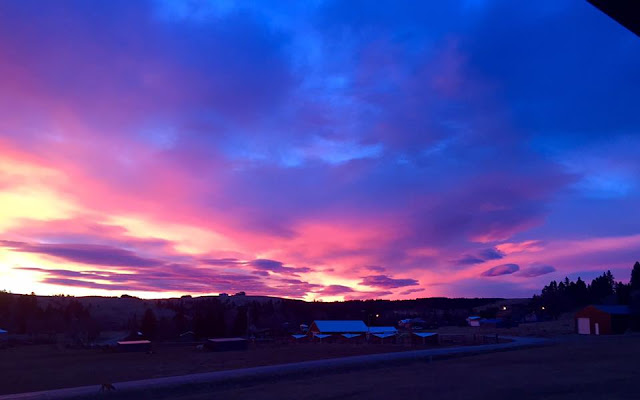 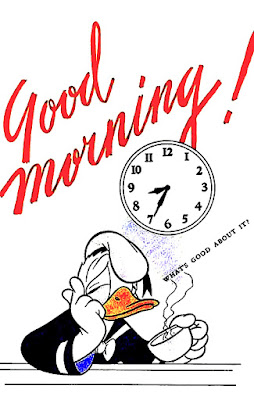 Rude awakening
Yesterday I awoke to a beautiful Sunday
morning. The sun shone throughout the
house as I made my requisite pot of java.
I happily unwrapped the contents of two
boxes. Savoring the completion of a five
year hunt to complete a rare set of china.
All seemed right in the world. Then I sat
down at my desk, turned on my computer
and suddenly was transported to a very
dark place. Reality had been awaiting me
in my in-box. And after reviewing it's
contents a surprised recipient asked -
WHERE IS GOD IN ALL OF THIS?! 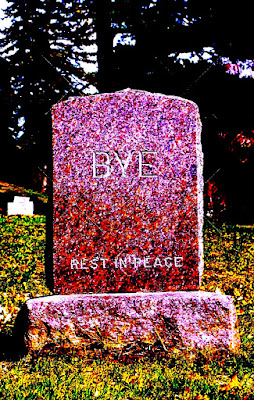 Gone but not forgotten
An e-mail shared that a friend and former
colleague had died early that morning of
a heart attack. "L" had just celebrated his
sixtieth birthday. A physically fit man,
he was the last person anyone would've
thought this could happen to. And yet...
IT DID. The fact of which reminds us
all that our time here on earth is limited.
Therefore we must savor what we have
while we have it. Living in the here and
now before fate deals it's hand. And so
I started my day crying over the harsh
reality of our collective mortality. 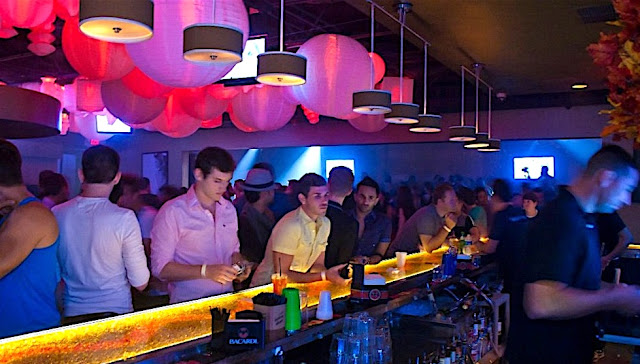 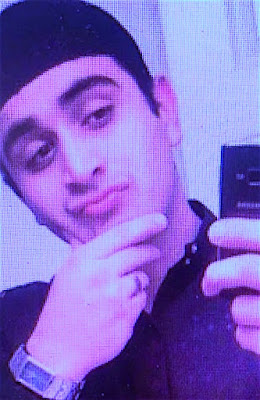 Shock and horror
Next I read the headline that fifty were
dead, fifty three injured in a shooting
spree at Pulse, a Gay bar in Orlando,
Florida. Shortly after 2 a.m. a twenty
nine year old American of Afghan
descent unleashed his assault weapon
and handgun upon the innocent patrons
of this popular gathering place. As the
day progressed his motivation was still
in question. Whether driven by "radical
Islam" or anger over two men kissing
in public doesn't matter. HATE is what
pushed him over the edge to terrorism. 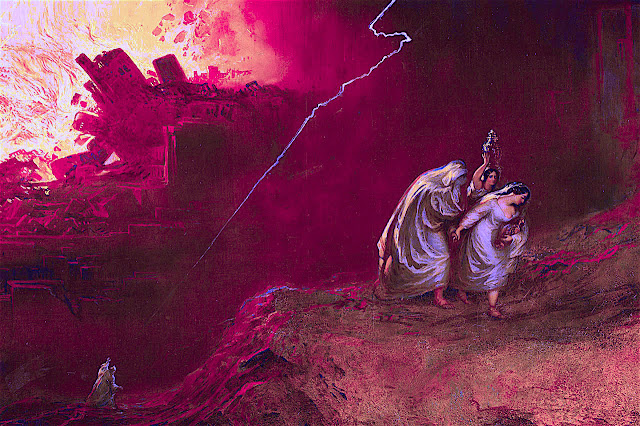 Manifest destiny?
Soon the perpetrator's father publicly
apologized and stated that his prodigal
son's actions "had nothing to do with
religion." However one can't help but
call to attention to the fact that cruel
acts of violence against members of
the LGBT community are frequently
executed in the name of God. Hence
preaching that another's orientation is
an "abomination" validates hatred as
manifested in exclusion, derision, or
omission. Or... punishment rendered
via the blessing of a "higher" being. 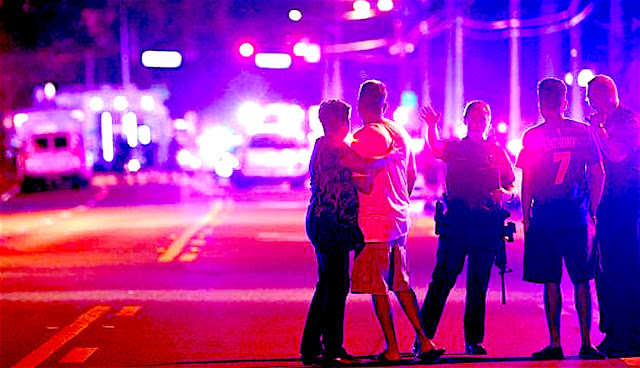 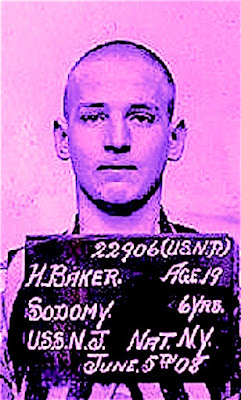 Criminal justice
To be clear, nothing can ever justify the
murder in cold blood of fifty innocent
individuals. Nor can it be considered
an excuse for wounding an additional
fifty three. The random magnitude of
such a killing is beyond comprehension.
And yet, I'm certain that there are many
who quietly support said actions under
the premise that the victims got what
"they deserved." You see, such secretive
prejudice is the cancerous byproduct of
organized piety. Therefore why can't it
be stopped in the name of GOD?! 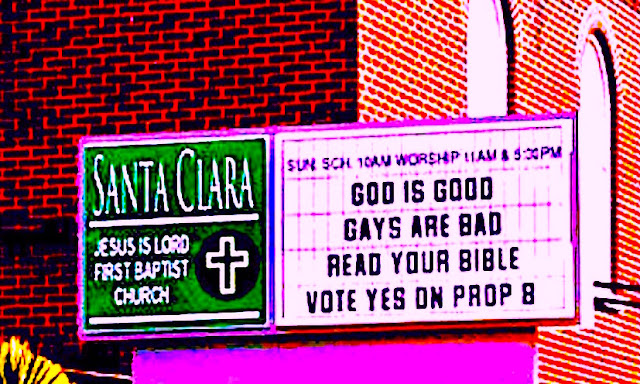 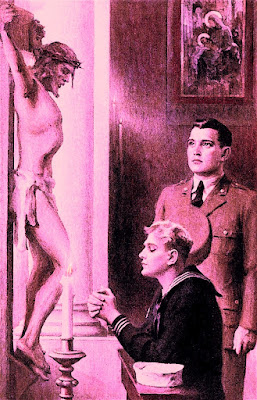 Silent but deadly
Two years ago we were the victims
of prejudicial expulsion from a local
Catholic parish. While driven by the
anti-gay actions of a young priest -
the fact is that supposed friends and
neighbors opted to blindly follow him.
And therefore quietly endorse his acts
of hatred. Causing me to wonder what
they really think when they read such
headlines. Are they suddenly thrown
into a state of remorseful regret? Or
are their acts of acquiesce validated
via these crimes against humanity? 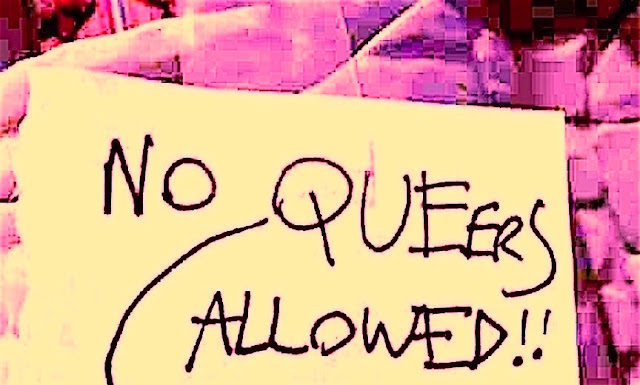 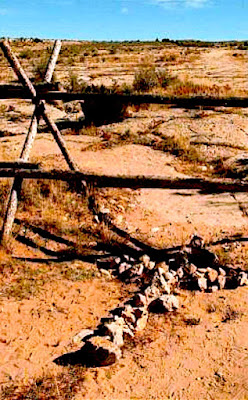 Odd man out
It's days like these when I'm reminded that
I'm an active member of a much maligned
minority. Like it or not anyone can opt to
dislike another. And if that wasn't cruel
enough - their ignorance and prejudice is
actively validated through the dogma and
traditions of organized religion. Meaning
that at any time I could be harmed in the
name of God simply because I'm gay.
For those who consider said statement
controversial try walking in my loafers.
How many more innocent queers must
be killed before we finally face reality? 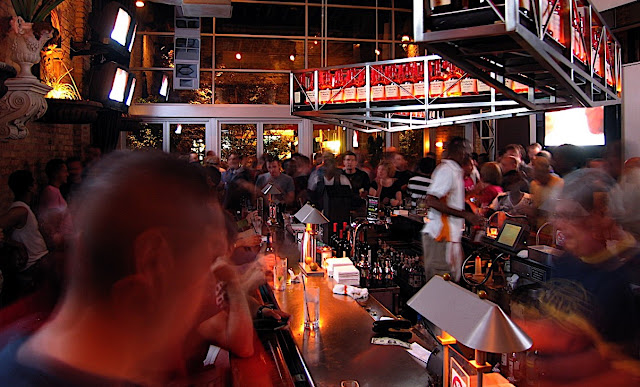 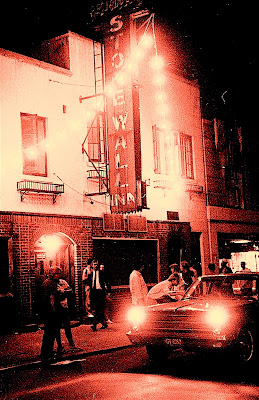 Equality bar none
The best day of my life was at a Gay bar
where I met Frank. For minorities like us
said places are more than watering holes.
They provide a safe haven for those who
are disenfranchised. Sadly it's often only
in isolated places such as these that those
who don't fit societal norms are accepted
and validated. In the sixties the violation
of such a haven inspired the birth of the
gay rights movement. Today we can only
hope that Orlando will spur our religious
leaders to join in ending anti-gay bigotry.
Hateful terrorism is the abomination!