Build it and they WON'T come... 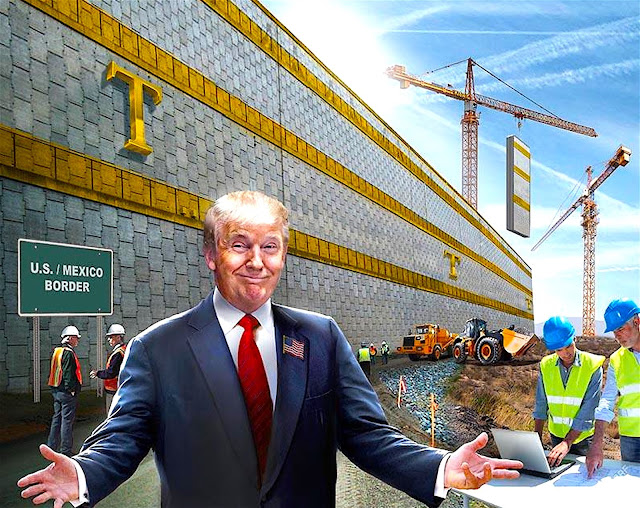 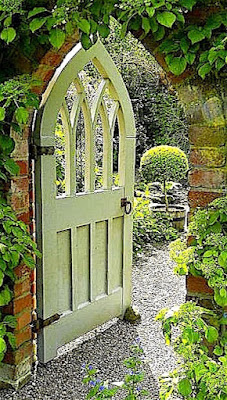 Behind the garden wall
Many have been wondering just what's
been going on at our house. For a few
weeks machines have been digging and
slowly walls and fences are arising out
of the muck. We've got several reasons
for erecting such a barrier to the outside
world. However unlike some who desire
to be our President, we've nothing against
our neighbors. In fact we rather like them.
Therefore the primary purpose of such a
perimeter stretch is to defer the frequency
of uninvited and rather ravenous visitors.
No matter how DEER they may be... 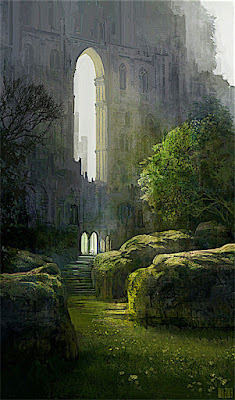 Friend or foe?
After three years of owning this property
we've finally gotten the lay of the land.
Over time we've come to the conclusion
that some seem to feel they have a right
to eat whatever comes in their way. All
of which means that any new and tender
shoots, shrubs, or other flora are but easy
targets for these interlopers. Of course
I'm speaking of our local deer population.
You know, those furry beasts who walk
around the neighborhood like they own
it? At this point we're so over them that
we're ready to play our own Trump card. 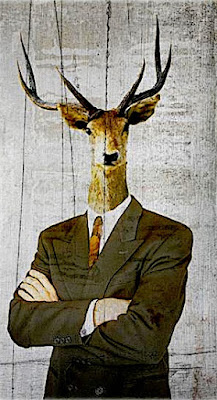 Oh deer me...
No bull. To be clear our motivation for
building a bunch of bulwarks is not that
we're nudists. Nor that we like others in
the area fear a invasion of bison. Rather
we simply want to make sure that those
who enter our rear end were invited.
Who wants to invest in flowers only to
have them disappear minutes after they
have been planted?! Thus we're drawing
a line in the sand. A six foot tall fence
that is. And before anybody worries,
we've worked closely with the city and
are doing it all by the book. Approved! 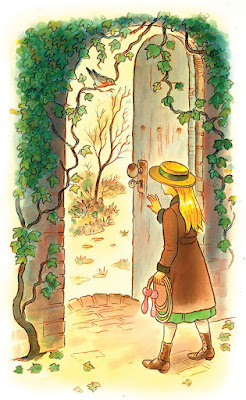 Noise control
Besides providing a massive buck buffer,
our new walls and fences also guarantee
a sound barrier. Beyond deer we've many
other wild things roaming our hood. Yet
rather than hop hedges they like to zoom
up and down the streets sans mufflers. A
rev of one's engine is simply an attempt
to make up for one's shortcomings. The
good news is we're men who respect our
neighbors by keeping the volume well at
a civilized level. Thus size doesn't matter.
Courtesy and kindness does. Could there
be a lesson to be learned in our example? 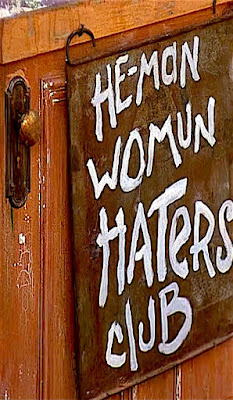 Outer limits
Frankly we have no regrets related to
establishing an aggressive "no venison"
zone. However we'll admit that we find
any form of exclusion - specifically as
it relates to human beings - suspect at
best. The very idea that someone might
suggest that keeping others out because
of  race, color, or creed is un-American.
Yet some seem ready and able to submit
legislation that would do just that and
MORE! When did our freedom become
more important than others? Have we
forgotten exactly how we all got here?!
Posted by montanaroue at 4:00 AM