JUST A COUPLE OF FRUITS 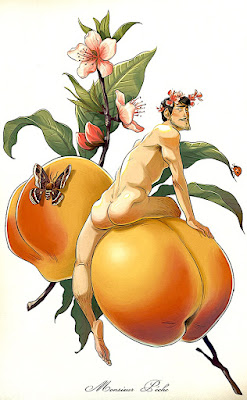 Fresh picked
For whatever reason, I've never been all
that fruity. Let me clarify that. Obviously
I'm what some have at times referred to
as a "fruit" given my preference for the
male species. However I personally have
always considered myself rather an exotic
variety of said slur. Rather than an apple
or banana my hope is that at least I fall
into the passion fruit category given at
times I can be dramatic. Whatever I may
be called, my first choice off a buffet is
never fruit. Unless theres a big bowl of
Starburst ready and waiting to be peeled. 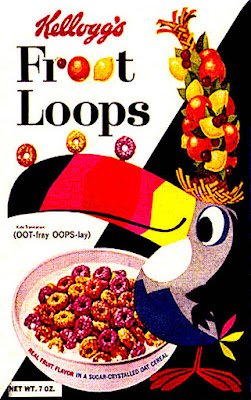 Rare birds
Ever wonder exactly why the term "fruit"
was originally applied to gay men? Well
I looked it up. Oddly it's origins of usage
stem from the land of the limeys (think
Brexit). Even funnier is that the meaning
of said connotation connects to a theory
that fruit is soft and tender i.e. effeminate.
Well believe it or not finding that out was
a relief! I had always assumed it was all
about peeling, juicing or being rotten to
the core. No matter, said slur is no longer
applicable given most gay bars are now
full of six packs - and I don't mean beer! 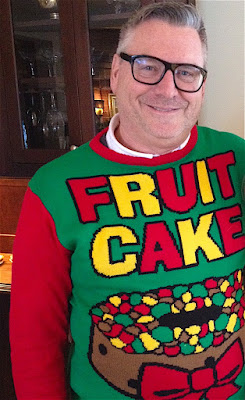 Old acquaintance
At times I can be nuttier than a fruitcake.
While said sweet yet savory baked good
may be considered an archaic edible -
both Frank and I have a strange affinity
for it. Fortunately a friend in California
annually bakes some the best ones ever.
Last holiday "M" sent us several loaves
which we treated like GOLD. Carefully
parceling out daily portions which were
then slathered with butter and gone in a
flash. What could be more magical than
a delightful concoction of fruits and nuts
liberally soaked in RUM or BRANDY?! 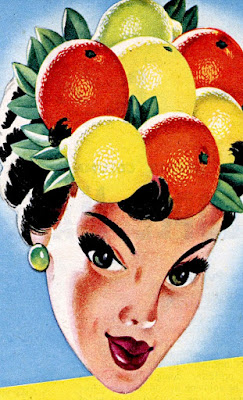 All mixed up
Part of me finds the process of preparing
fresh fruit rather tedious. My problem is
that I seem to have a natural aversion to
skin (only on fruit that is). Therefore my
Pavlovian reaction to dealing with peeling
is that I find it unappealing. Fortunately
Frank periodically does it all for me when
he prepares macedonia di frutta - Italian
fruit salad. After carefully peeling, coring,
slicing, and dicing a variety of fruits he
liberally douses them with some grappa.
After a few hours of stewing in it's own
juice the end result is quite intoxicating. 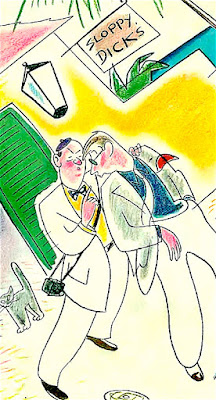 My main squeeze
During a month in Portugal we fell in love
with Sangria. Each midday we sipped the
continental equivalent of Hawaiian punch.
Which reminded me of a society doyen
who served the best sangria at her summer
soirees. For eons I begged for the secret to
her success. Finally one drunken evening
she led me out to the trash. Upon opening
the lid she revealed what all the brew ha ha
was about. Before us lay a mound of empty
Boone's Farm Sangria bottles. She simply
added one sliced lemon, lime, orange, and
apple per bottle to create her magic elixir! 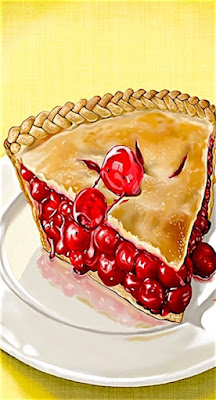 Slice of life
One can't discuss fruit without shifting to the
subject of pies. Long ago after a chic dinner
in Brussels a query was made regarding what
had been the best thing we'd ever eaten. My
reply without hesitation was Frank's mother's
cherry pie. Said tart of backyard fruit encased
in homemade crust was a culinary work of art.
For many pie pastry can be an enigma. While
in reality simply fat, flour, and water - Pearl's
crust was the manifestation of a lifetime of
practice made perfect. Now that she's gone, I
hope that by the time I hit my eighties I can
finally roll my dough with the best of them! 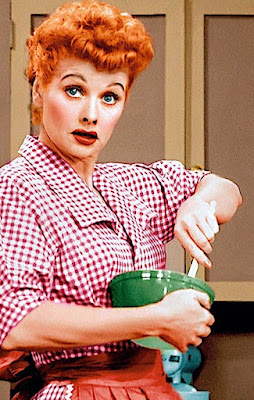 Free and easy?
Late July my eldest "E" and her family
arrive for their first visit to Montana.
One of her childhood favorites was
strawberry rhubarb pie. Later in life
she was diagnosed with Celiac. Hence
my challenge is to perfect a gluten free
crust before her arrival. Meaning that
Frank will be subjected to a period of
trial and error over the next few weeks.
Hopefully the fruit of my labors will
result in an upper crust that will make
her happy - and NOT sick. Now that's
what I call lovin' from the oven!
Posted by montanaroue at 4:00 AM