ON THE UP AND UP 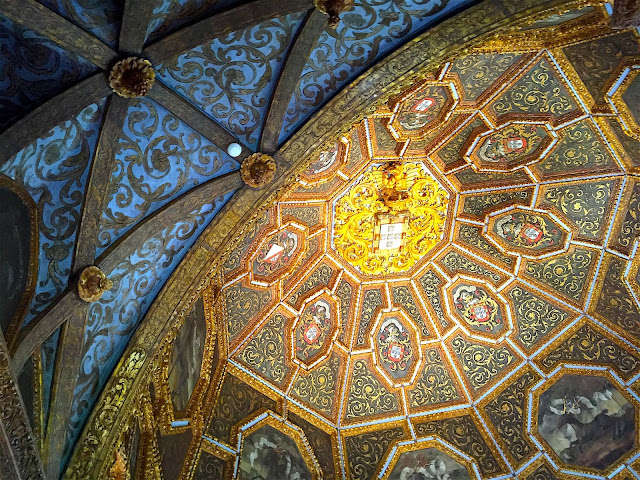 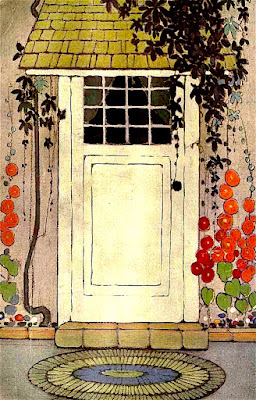 Open to anything
My buddy "J" loves doors. And while
beyond adept at graciously opening
them for both herself and others, we're
talking here about the doors themselves.
During her recent European escapade,
she posted more pictures of portals than
people. Obviously she can't get enough
of them. However given she's a kitchen
and bath guru, it all makes sense. You
see who we are frames our perspective
whether we realize it our not. Somehow
we each see things differently. Which
leads me to digress from egress... 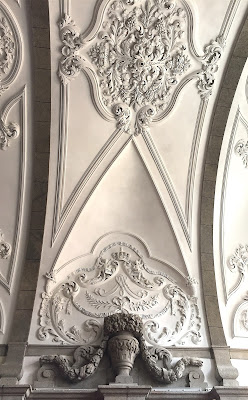 Above all else
Most of the time I do my best to rise
above it. However I must admit that
said predilection has little to do with
a positive attitude. Rather I seem to
have a strong affection for the upper
echelon. I've come to this conclusion
post reviewing photos taken thus far
in Portugal. It seems my inner and
outer perspective is upward bound.
Hence the plethora of ceiling, sky,
and tree shots. And oddly, I find the
idea of reveling in all of the above
rather intriguing. AM I HIGH? 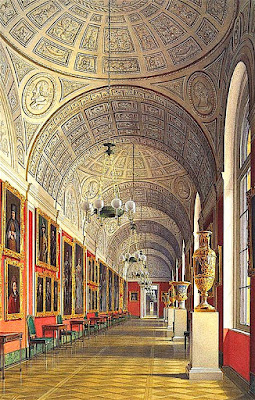 Upper echelon
We Americans tend to overlook ceilings.
Throughout history what lies a head has
been frescoed, beamed, painted, coffered,
carved, embellished, and even mirrored.
However most of us live under the stark
reality of flat basic bright white ceilings.
I'm not sure how that approach became
our one and only solution for topping it
off as it's all rather boring. However this
trip to Portugal has if nothing else given
me a higher purpose. It's important that
we all look above for inspiration and shift
to a brighter, more elevated perspective. 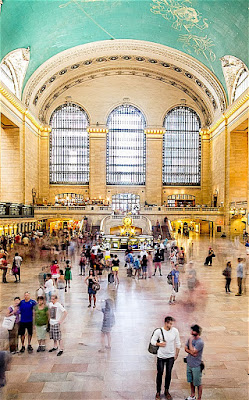 Sense of space
Simply walking into all of the grand and
glorious spaces in Lisbon and Porto has
been an uplifting experience. For many
centuries both church and civic leaders
leveraged their assets in ways that didn't
just inspire but also subtly intimidated.
Later on businesses emulated the use of
a physical display of power when building
cathedrals of commerce such as banks or
train terminals like Grand Central Station
in Manhattan. Somehow strolling through
such spaces allow our spirits to soar even
if we're only catching the subway. 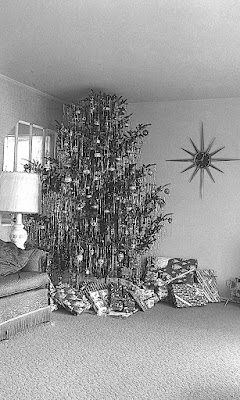 Basic instinct
Somewhere along the way we lost our way.
Therefore almost any structure built post
the Bauhaus lowered our standards. Or at
least when it came to domestic architecture.
Being rather jaded I have to attribute our
current "standard" ceiling height of eight
feet to some crafty contractor who decided
that was the cheapest approach. Esteemed
Frank Lloyd Wright preferred seven foot
ceilings in his homes however he always
designed some space with a higher plane.
However one must put that in context as
he was only five foot seven inches tall. 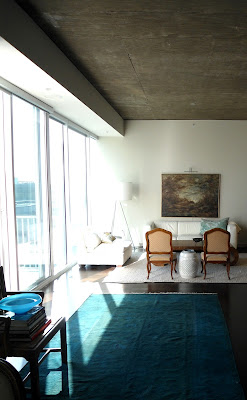 At all levels
We've experienced both highs and lows
having lived in many places. Our mid
century Chicago condo had a groovy
"sunken" living room. While a tad risky
post cocktails, said subtle step down
somehow made the space seem grander.
In Columbus our first loft had soaring
sixteen foot wooden ceilings whereas
our rat pack penthouse sported a 24'
high living room with a wall of glass.
In Dallas we again topped it off with
cast concrete. Finally we hit our sweet
spot at twelve feet in the Passion Pit. 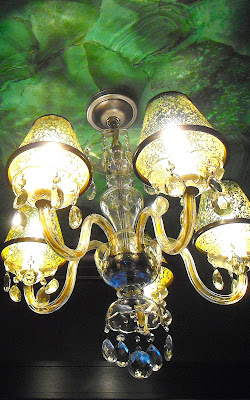 Green with envy?
Given we spend a third of our lives on
our backs it seems smart to elevate our
outlook. An embellished ceiling can be
a subtle surprise. Several of ours here
in Lewistown sport a pale aqua hue.
Not only do they emulate God's tone
of choice, they lift one's spirits. In our
Butler's Pantry we papered the ceiling
in malachite for a pop of drama. At
times one must mix up more than just
cocktails. So why not start at the top
and work your way down? C'mon kids,
RISE ABOVE IT!


Following is some inspiration from Portugal thus far... 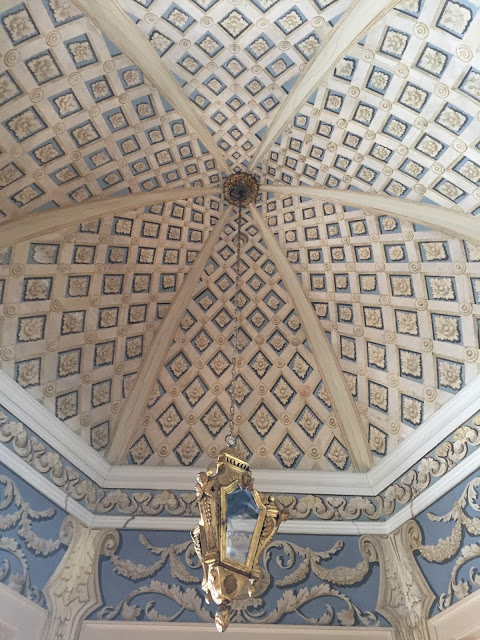 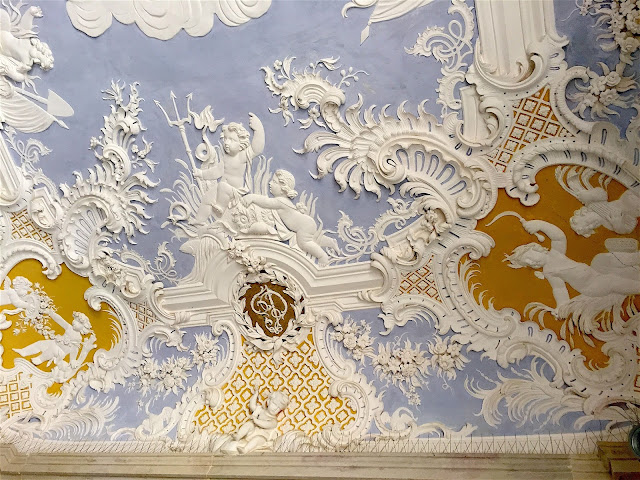 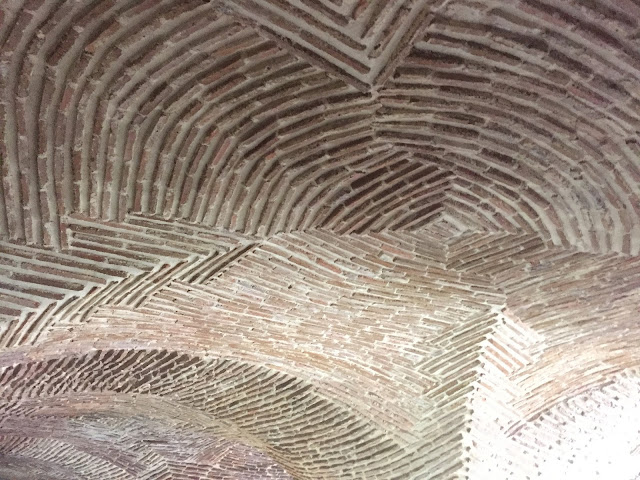 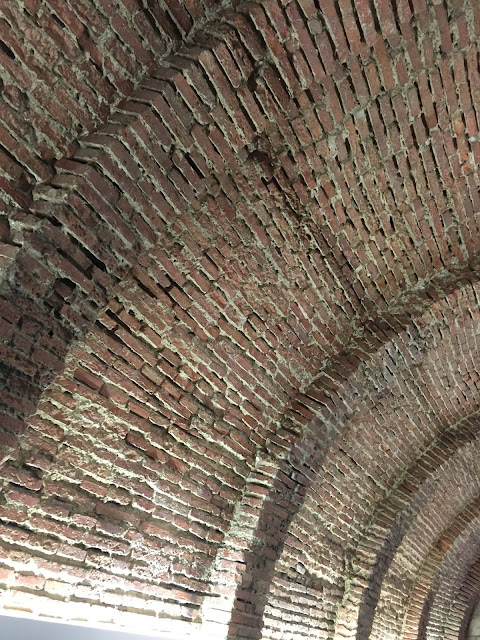 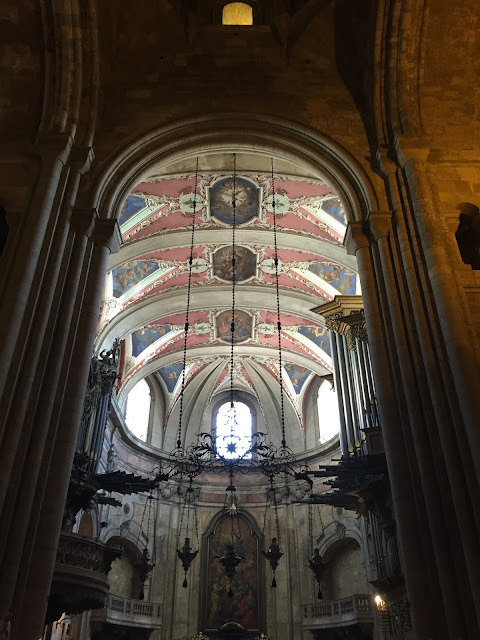 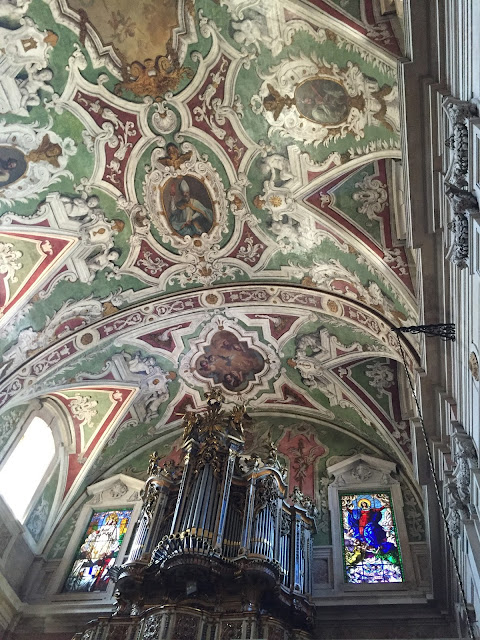 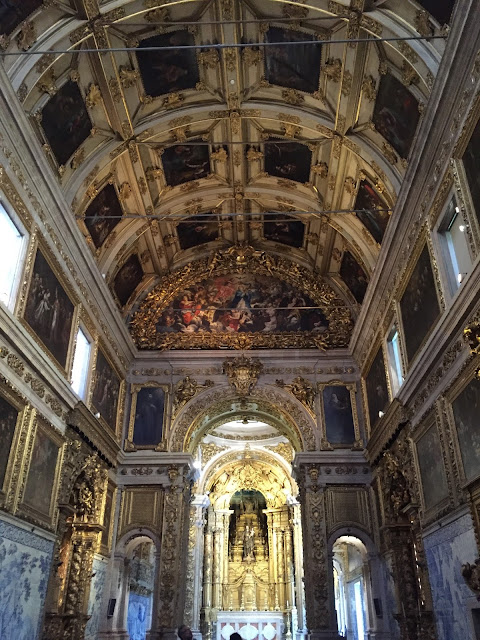 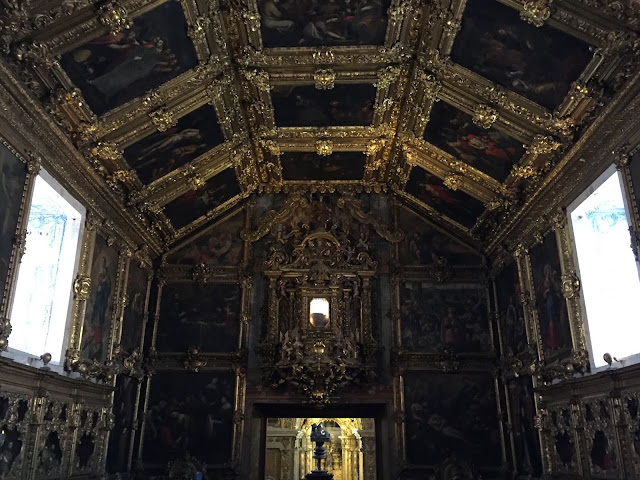 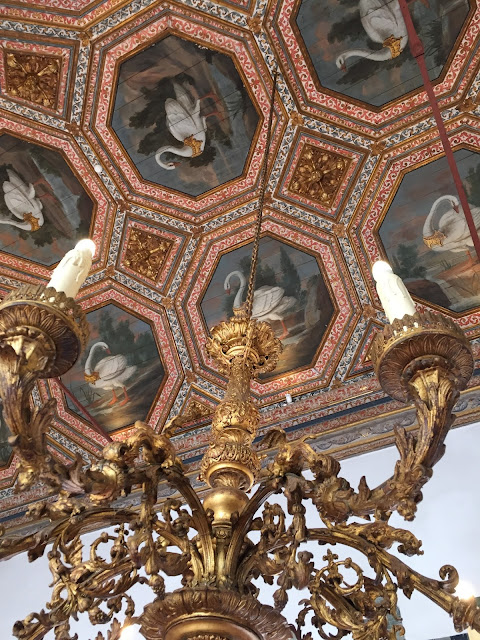 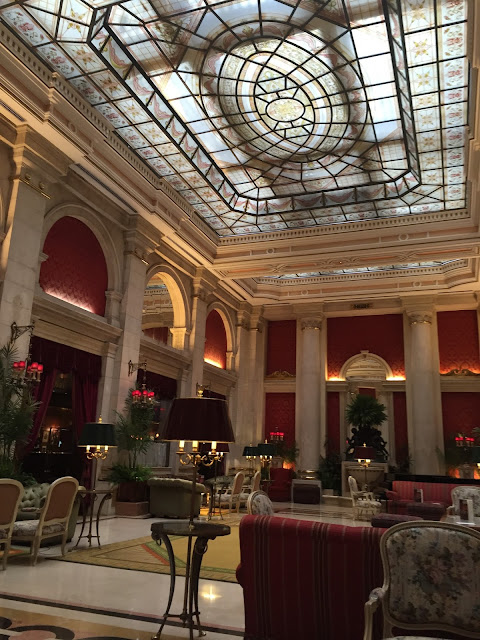 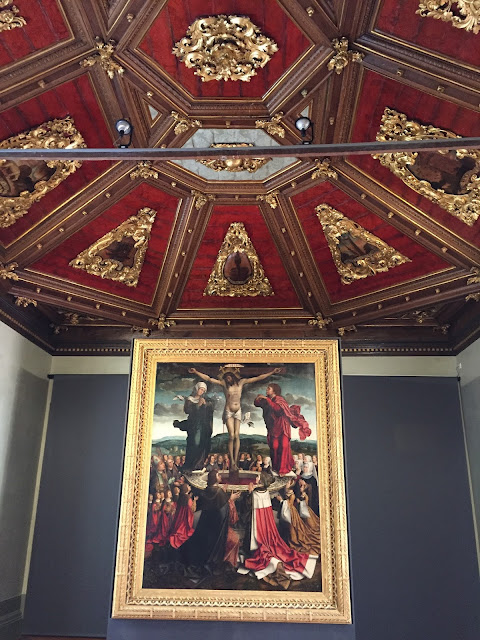 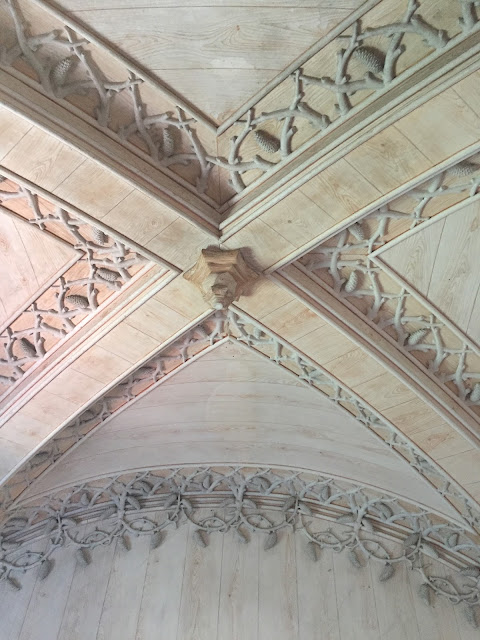 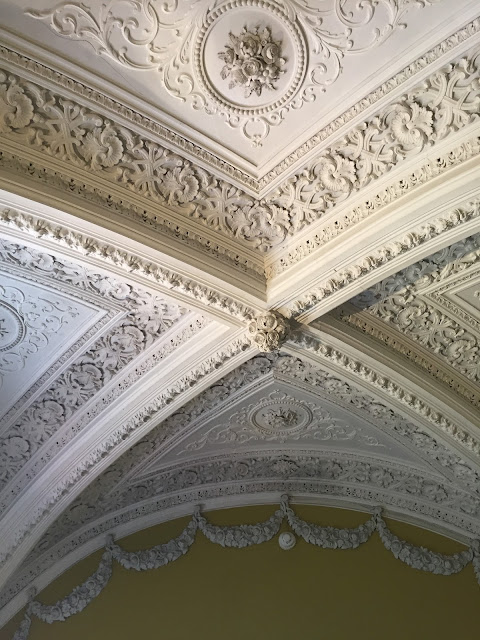 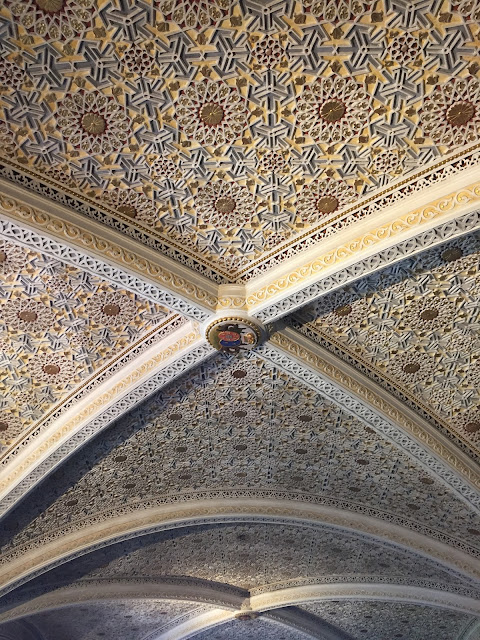 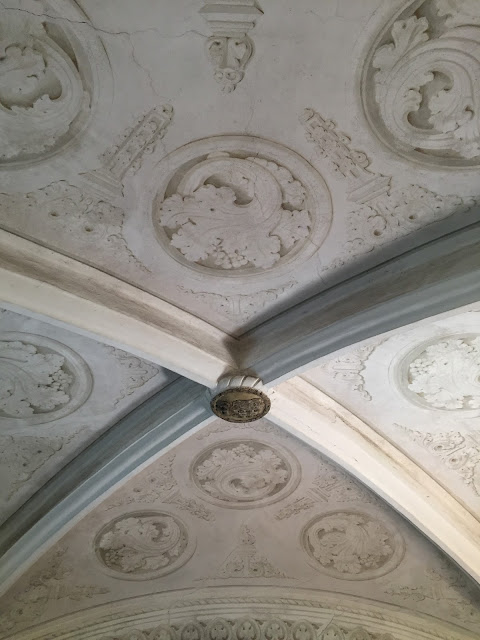 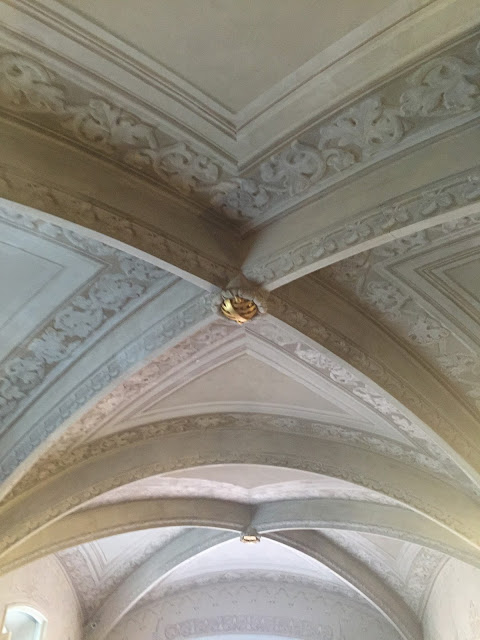 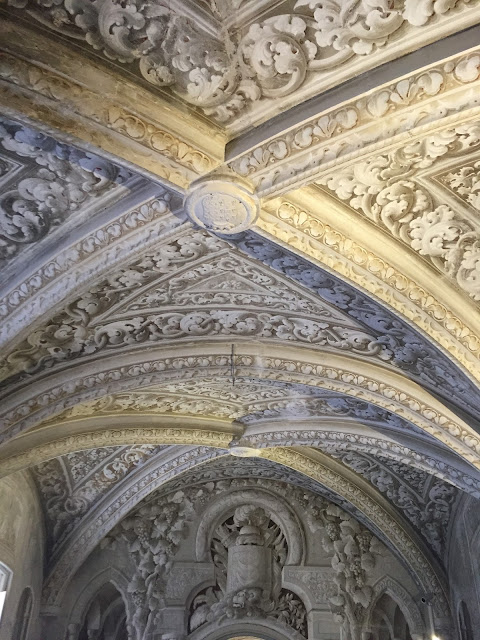 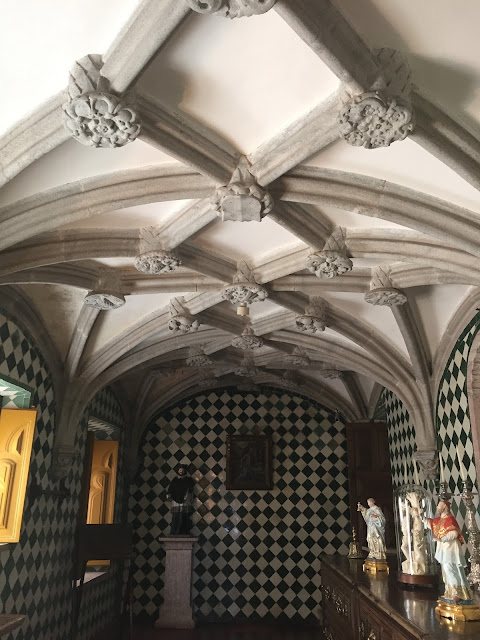 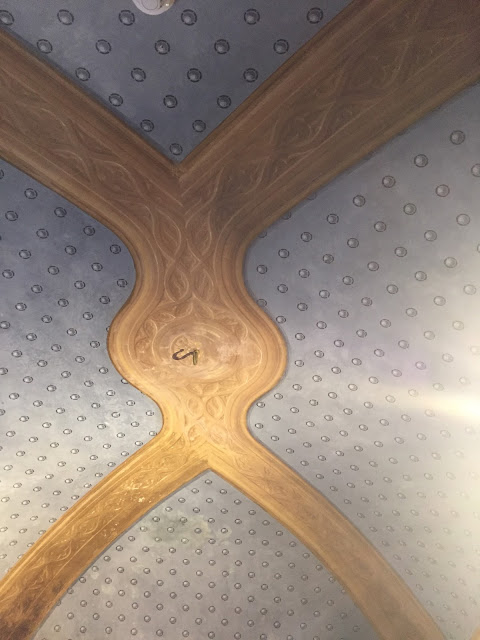 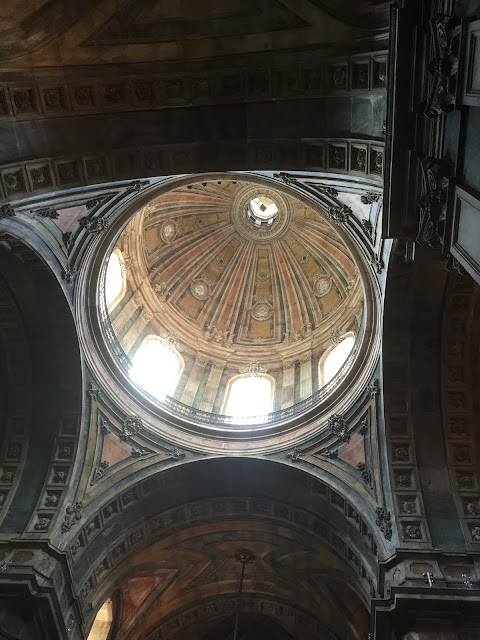 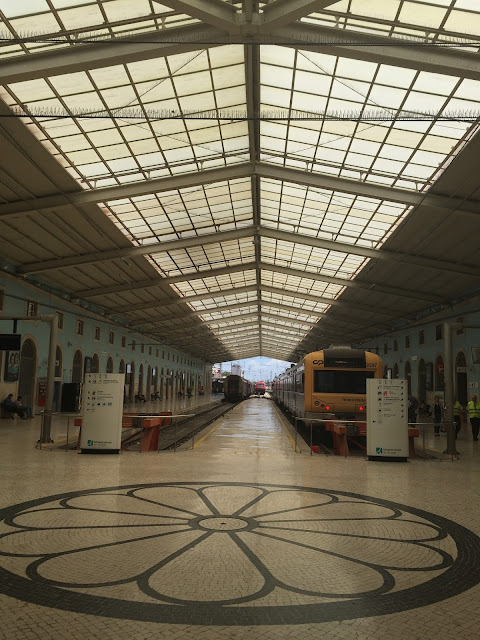 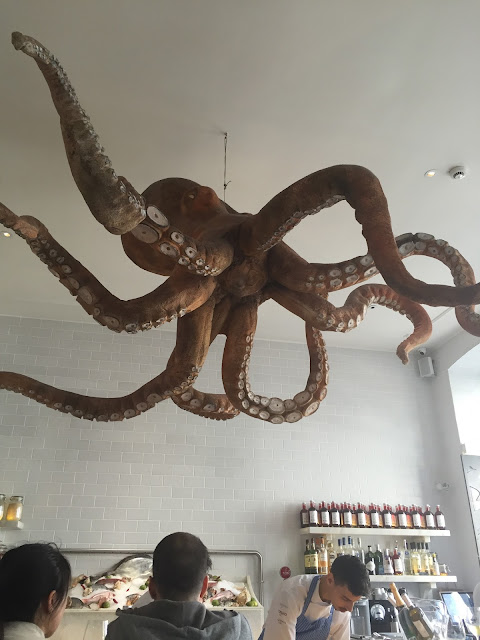