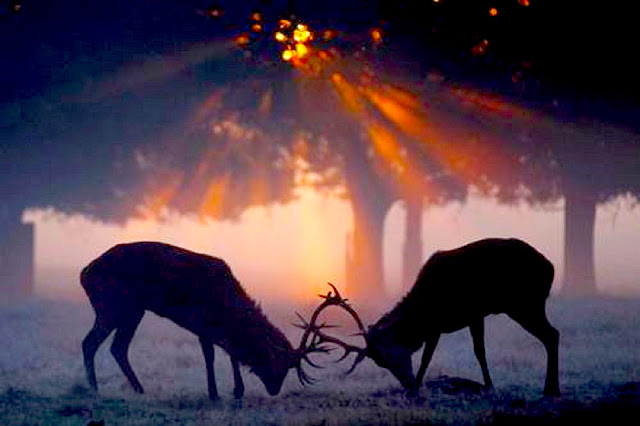 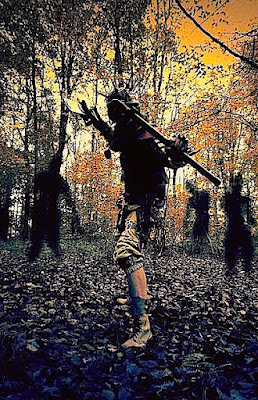 Uninvited guests
Ever see one of those zombie movies?
You know - where hordes of mindless
creatures roam the countryside leaving
destruction in their path? Given that
Halloween is just two weeks away, one
can't help but relate to the victims of
said macabre marauders. That's because
while we've no problem with the living
dead here in Lewistown Montana, we've
once again been invaded by legions of
White Tail and Mule Deer. Therefore no
plant, tree, flower, or shrub within city
limits is safe from said venison vermin. 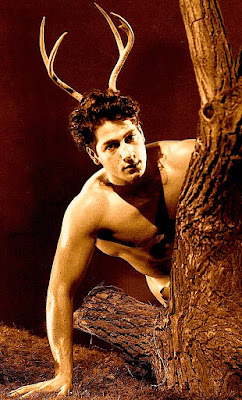 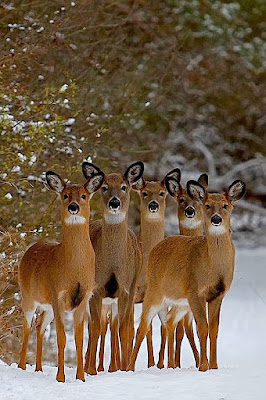 Survival of the fittest
You see, our neighborhood is now
theirs and it's obvious they have no
intention of moving out. Whether
they're born and bred locals or new
comers who've decided the area is
desirable, it's obvious that they're
here to stay.  That's because they're
living in the equivalent of a gourmet
grocery store. Hence they are free
to move from yard to yard ingesting
whatever suits their fancy. And like
Biblical locusts - nothing is sacred -
nothing is spared - nothing is left. 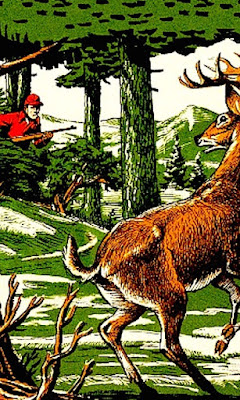 The harder they fall
Fortunately hunting season has begun.
In theory that means that soon many of
our furry friends may meet their maker.
Yet sadly, all of those rich murderers
who fly into town from the east have
no interest in stalking domesticated
prey. Rather they're out in the fields
and mountains popping off our wild
beasts while leaving us locals to deal
with nibbling neighbors. Not only is
our flora in danger, at dusk it's rather
dangerous driving about town given
deer are if nothing else - jaywalkers. 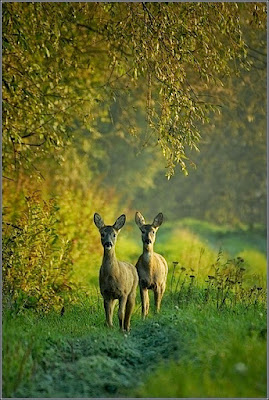 License to kill?
Everybody is talking about the problem
yet few townsfolk have any idea how to
solve it. We could happily co-exist. Yet
our furry friends have no manners - and
therefore are less inclined to alter their
rude behavior. We could take back our
town and shoot the damned deer but
state hunting licenses to kill prohibit
murder within city limits. Thus while
nothing would make me happier than
said velveted varmints becoming the
deerly departed - it not that easy. The
question is who's hunting who?! 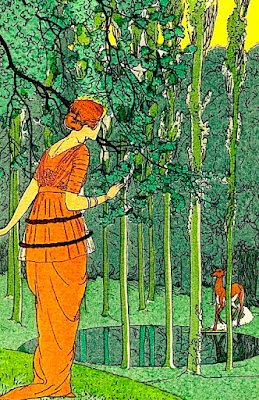 Animal instincts
I'll admit I've considered poison. Yet
the last thing I want to do is shorten
the lifespan of some body's beloved
pup or puss. One can hope for some
sort of venison virus that in theory
would decimate the population. But
given they're so damned healthy any
dream of their wasting away is just
a fantasy at best. So our only current
option is to be incredibly mean to the
little buggers. Which explains why I
can often be found outside screaming
at them in my slippers. All to no avail. 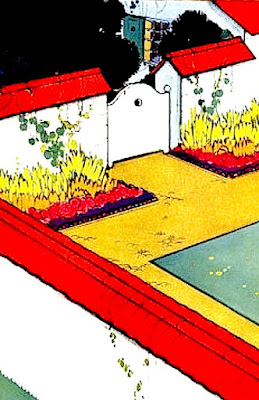 Wall street
Ultimately the only way to keep hoofed
interlopers out is to erect seven to eight
foot tall fences or walls. And so that's
exactly what we plan to do next spring.
While rather pricey - said investment
is offset by the savings from not having
to replace or replant one's landscaping.
I'm not complaining. The added privacy
will insure that we can work in our yard
sans people stopping by to ask for a tour.
And once safe within our sanctuary the
only creature around here that one can
call "dear "will most certainly be queer!
Posted by montanaroue at 4:00 AM