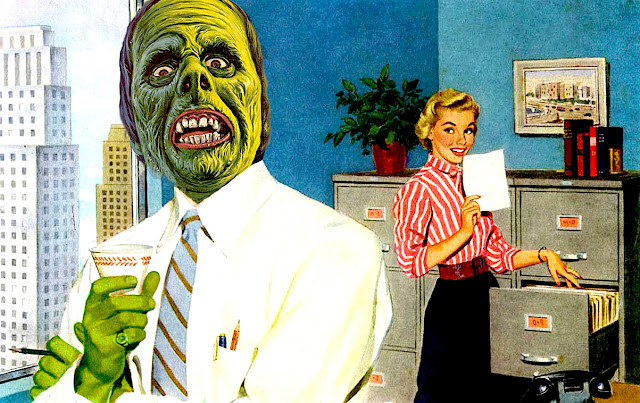 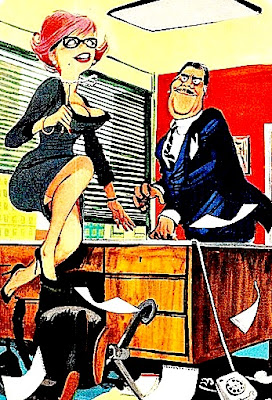 Scare tactic
I hate to admit it but I get scared
rather easily. Some might call it
"jumpy" but my worst fault is my
ability to be startled anytime and
anywhere. Whether that's due to
self absorption or isolationism -
often my world can become very
small. Said myopia makes me a
perfect target for anyone willing
to simply say "hello." To be clear,
post an impromptu prompt - I can
easily jump at least two to three
feet as I scream like a little girl. 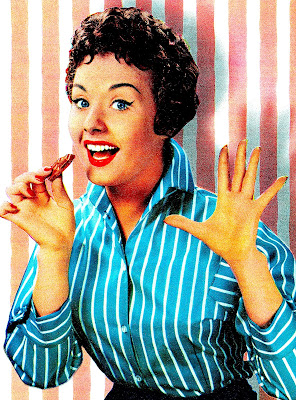 Naughty or nice?
Many are easily taken by surprise.
Whether said violated solitude is
due to ignorance or bliss you can
call us Pollyannas. We expect the
best from everyone thus when we
are confronted with reality, we're
startled at the fact that some people
aren't all we thought they were. Yet
we still believe in the goodness of
others. Is that an exercise in futility
or an expression of optimism?
Either way there's a lesson to be
learned somewhere... somehow. 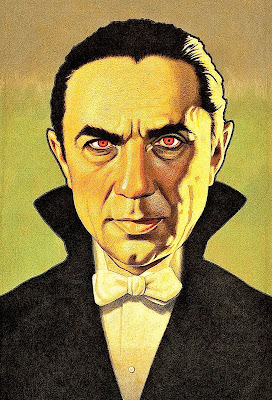 Life sucks
Our political process is proof there's
rarely a silver lining. Most of us are
rather tarnished. That's the reason for
my increased involvement. In theory
I have no hidden agendas. However
in fact I certainly have a passion for
a plethora of causes. Therefore rather
than leave my fate in the hands of
others I've opted to become an active
participant versus innocent bystander.
And if you really want the life sucked
out of you... join an organization. You
will find that some of us are monsters. 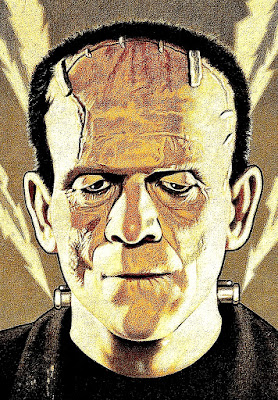 Monster mash
Good or bad motivations aside, there
are certain people who act in a rather
terrifying manner. Said behavior is
either lauded or abhorred depending
on what side of the tongue lashing
you're on. Political schisms aside, we
must work together otherwise nothing
happens. The mystery is, why do we
accept inertia or negative momentum
as a viable political outcome? To me
being dragged down by complaisance
is the most terrifying of any fates. So
why do we allow others to hurt us? 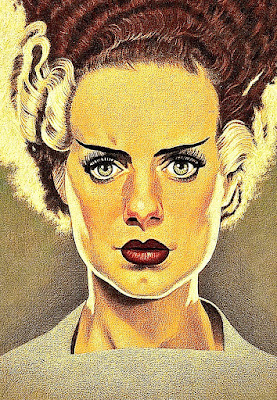 Misery loves company
The majority of us are chickens yet
at some point we all have to escape
the harsh reality of life. That's why
many consider viewing unspeakable
acts performed on the movie screen
a viable form of entertainment. As
your boss sucks the life out of you,
why not spend your Saturday night
watching Dracula do the same to
some innocent soul? If married to a
monster, somehow one feels better
knowing there's at least one other
gal who is also married a deadbeat. 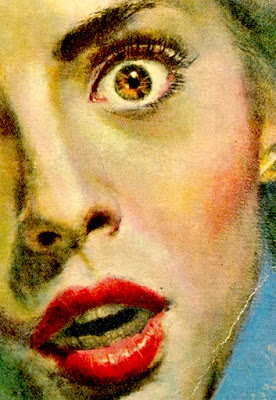 Safety in numbers?
Europeans tend to look at American
movie violence with chagrin. Their
films offer fantasy not reality. Maybe
that's the ultimate in escapism yet I
doubt that most of us prefer delight
to decimation. We've become rather
conditioned to violence. So much so
that for many another school shooting
is simply another blip on their TV or
computer screen. Even if... it's the
forty fifth so far this year. Now that's
what's SCARY. Most seem more than
happy with the way things are. 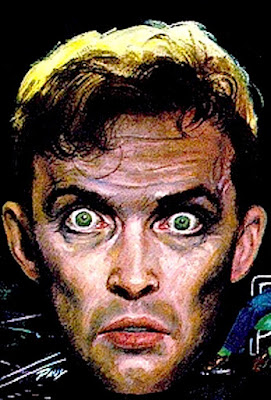 Believe it or not
I don't know about you but I'm quite
terrified. Our country has no problem
judging the errs of other governments.
All while we treat our President with
a level of disrespect that is beyond
disconcerting. Some violate our laws
in the name of religion. Descendants
of immigrants want to keep newbies
out. The immoral majority feel they
have a right to limit the right to "kill"
while giving others a gun license to
do just that. Most terrifying is that we
have ALL lost our sense of balance. 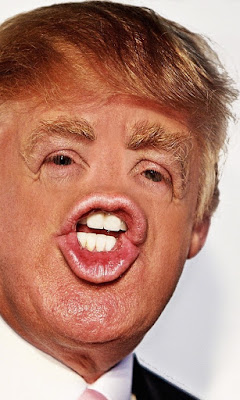 The dark side
Modern monsters are everywhere. Rather
than creatures from Transylvania - there
are a plethora of manufactured terrorists
being nurtured throughout this land. It's
easier to step back instead of leaping to
the fore. That's what I find so terrifying.
Who wants to be tricked versus treated
with respect? Instead of hiding behind
masks we must openly hold each other
accountable. Ultimately we all get a vote.
Rather than allow evil to lurk in the dark,
let's turn on the lights and expose those
monsters for who they really are! BOO!
Posted by montanaroue at 4:00 AM