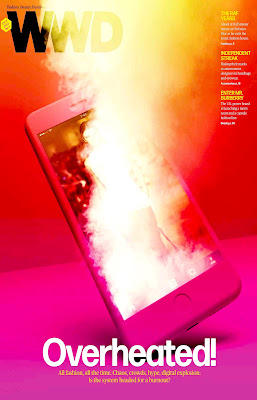 Too darn hot
Yesterday the lead story on Women's
Wear Daily queried "Is fashion heading
for a burnout?" And quite frankly... my
response was "DUH!" The following
article interviewed top designers on the
subject. Everyone basically agreed that
the impact of too much media coverage
plus an internet run rampant was stifling
their creativity. Can one have too much
of a good thing? Or has style driven over
exposure finally exposed the emperor's
new clothes for what they truly are -
just a bunch of absolutely NOTHING! 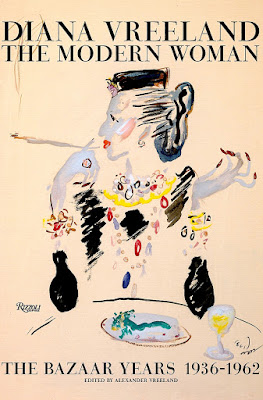 Remembrance of things past
Sometimes one only needs to look to the
past for answers. As fate would have it
a fresh off the press copy of a new tome
entitled "Diana Vreeland - The Modern
Woman" also arrived yesterday upon my
doorstep. Within was a compendium of
missives published by Mrs. Vreeland in
Harpers Bazaar between 1936 and 1962.
Those were the days... and if I might use
a old phrase... the age of elegance. Even
today, all that is shown seems incredibly
wearable and relevant. Unlike most of
what inhabits our overstuffed closets. 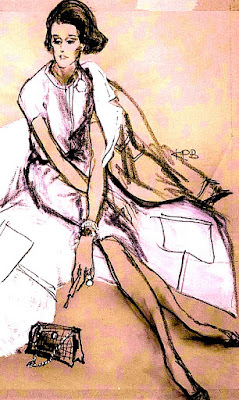 Love lost
Somewhere along the way we lost allure.
That elusive element of elegance that for
some was a finely honed skill. There was
a time when people put much time and
effort into their appearance. Part of that
process was elimination - which meant
that less truly was more. Many deemed
it better to have one perfectly tailored
garment versus a closet filled with trash.
Equally important was the lighthearted
role that surprise played within the style
arena. There was a time when "new" was
truly news. Sadly little dazzles us today. 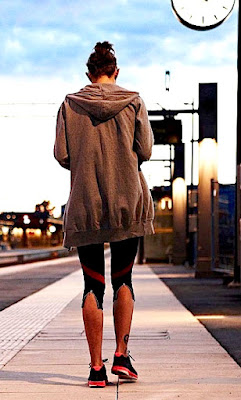 Leisure world
The question is have we all become slobs
or simply given up? Barraged from every
direction by a plethora of fashion dictums,
is it possible that ultimately the only way
to scream "uncle" is to don yoga pants?
Sans one simple seasonal formula for our
sartorial success - we've been left to fend
for ourselves with often disastrous results.
And while for a time wearing whatever we
wanted seemed rather fun, could it be that
in the end all that we really want (or need)
is to be told what to wear by someone who
actually knows what they're doing? 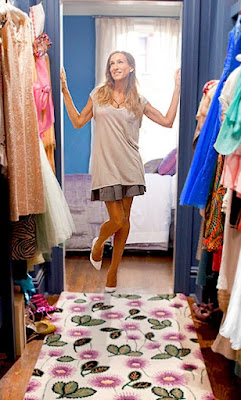 Closet case
For the past few weeks I've been watching
old episodes of "Sex in the City" as I iron
our linens. Watching Carrie Bradshaw and
her fabulously dressed friends fashionably
conquer Manhattan inspired many of us to
dress to the max. Yet now in hindsight, it
all seems just a tad too over the top. And
while more than entertaining, at least this
gentleman can't help but wonder why we
all took it so seriously. I thought that I'd
exited the closet forever yet I now have
enough clothes to last a century stuffing
several walk in closets. Are we worn out? 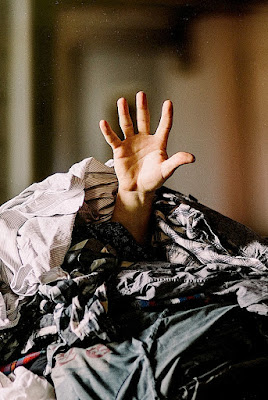 Over and out
When was the last time that you truly
saw something that you couldn't live
without? Given one can buy cashmere
sweaters by the pound at Uniqlo has
luxury become a staple? At this point
in my life I'm in replenishment mode
and not much more. At times boring,
in truth there's nothing out there that
I don't already have. Therefore rather
than being the fashion victim I once
was - I've become a victim to my past.
Honestly, at some point I just need to
throw (give) all of my old togs away! 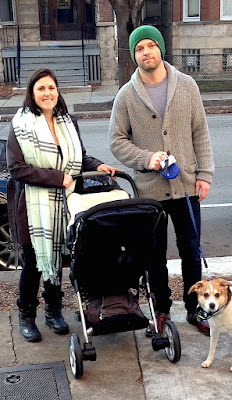 The age of innocence
Could advanced age be the cause of our
fashion disenfranchisement? From my
experience - absolutely NOT. Both of
my daughters are rather attractive young
ladies on limited budgets. However they
differ dramatically from their father in
his youth. They crave not for a closet
full of designer trophies. Rather their
approach to life is focused on much
more important things. Instead of frocks
their family and friends are top priority.
Rather than dressing for the occasion,
they savor the moment. Imagine that!? 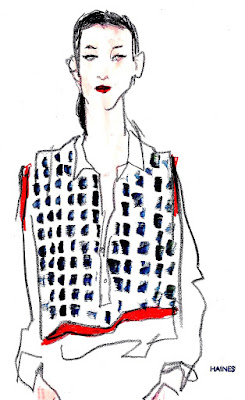 Modern marvels
I hate to break it to the fashion industry
but somewhere between Fiorucci and
H&M most of us figured out that all
that glitters is not gold. For most our
priorities have shifted. However that
doesn't mean that style no longer plays
a key role in defining who we truly are.
Most of the younger generation eschew
the concept that wearing someone else's
name somehow validates them. Yet
many put quite a bit of time and effort
into their ensembles. You see, for our
children it's finally all about THEM. 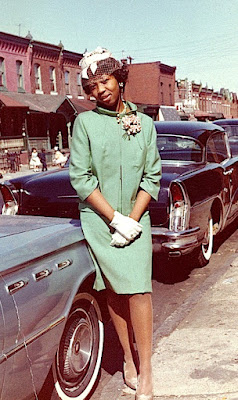 Street smart
Is fashion dead? Absolutely not. However
the traditional fashion industry may be on
it's way to life support. I'm confident that
in the end, the glitterati will find their way
out of the media mess that they now find
themselves in. Once again, creativity will
inspire those that it is inspired by. That's
because somehow style will once again be
relevant. In order for the runway to take
us to new places it has to embrace where
we're collectively coming from. The only
question is, where, if, and when that will
happen? After all we are what we wear...
Posted by montanaroue at 4:00 AM