MAY THE BEST MAN WIN Leader of the pack
When the news hit that Justin Trudeau
had won the election for Canada's Prime
Minister I was not surprised. After all,
how could anyone not vote for such a
handsome, vibrant, and young STUD?!
While I'm certain he's very smart, I'm
also more than positive that sans his
obvious physical attributes Justin may
not have won so easily. All proof that
whether one is conservative or liberal,
when it comes to politics, it's all about
the packaging. And like it or not, sex
appeal always gets the people's votes. 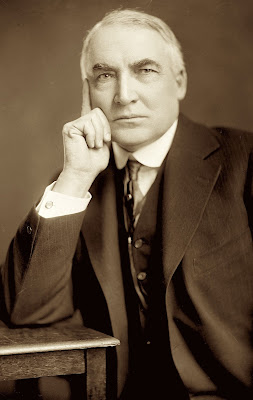 False impressions
Pretty boys have always made it to the
top in the USA. Warren G. Harding was
one of our more scandalous presidents.
Post Woodrow Wilson's two terms -
everybody wanted to forget the war
to end all wars and have a little FUN!
Warren was just the guy for the job
given he liked booze, ladies, and many
other things than weren't very good for
him or our country. That didn't matter
given he looked "presidential." Yet
post scandal after scandal he finally
died a broken man... while still in office. 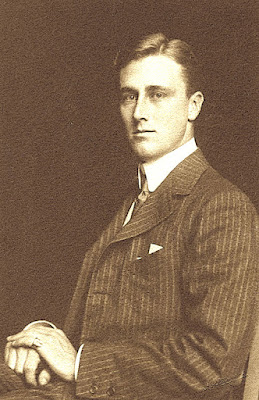 To be Frank...
Rarely is does a combination of beauty
AND brains manifest itself in mankind.
A product of the leisure class. Franklin
Delano Roosevelt had patrician good
looks, an impeccable pedigree, and the
sort of accent that set him apart from
the rest of us. However it wasn't until
he contracted and overcame polio that
FDR showed his true colors. Suddenly
it wasn't all that easy and hence, he had
to go above and beyond to rise above
the fray. And fortunately for all of us
he did just that! Talk about a class act! 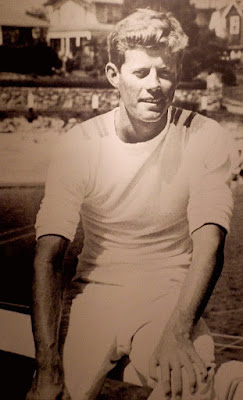 Paradise lost
They say money can't buy you everything.
In fact, it can be rather a nuisance. Young
John F Kennedy had prove that he was
the man. Given his father's shady business
dealings, he certainly had ample funds at
his fingertips. However said ill gotten gain
was more of a liability than asset. Slowly
JFK proved to Americans that all he cared
about was them. It also didn't hurt that he
was devastating handsome nor that his
beautiful wife became a generation's style
icon. Sadly their "reign" was ended by an
assassin's bullet and "Camelot" was over. Star power
There's a reason Ronald Reagan became
the ultimate conservative pin up boy. He
was literally movie star handsome given
he made 53 films before moving over to
politics. If nothing else he was adept at
delivering whatever message necessary.
Ronnie knew better than anybody how
to work a room. Hence almost everyone
did whatever he told them to do. While
I didn't agree with his politics, he had
star power. As Alzheimers dimmed his
comet like fire, he simply faded away.
Handsome devil, gone but not forgotten! 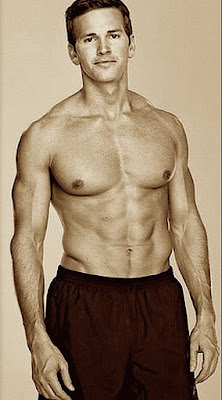 Glitterati
Sadly not all pretty boys are well behaved.
Aaron Schock had a fitness model buff
bod plus the ability to sell you just about
anything.  Therefore he easily won a seat
in Congress representing Illinois' corn belt.
Over the next five years he proved that all
hat glitters is not gold.  In the end he was
forced to exit his chambers post accusations
of financial wrongdoing. Much of which
involved his penchant for interior decor.
Ever heard the expression "glitter and be
gay?" In the end it seems Aaron couldn't
keep all of his secrets hidden in his closet. 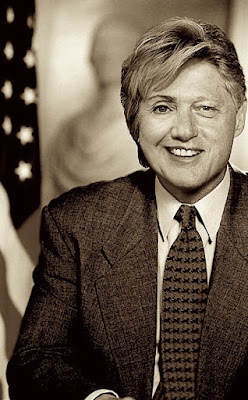 Split decision
Maybe it's time we all gave up on men.
At least now both sides seem to have
two viable female candidates. Carly
and Hillary have proven time and time
again that they have the balls to play
with the big boys. At least this voter
can't help but wish for something new
in Washington. Given women have run
our world since time began... maybe
it's time we gave them the credit they
deserve. For now one of them will get
my vote. At least until a more attractive
candidate shows his pretty face...
Posted by montanaroue at 4:00 AM