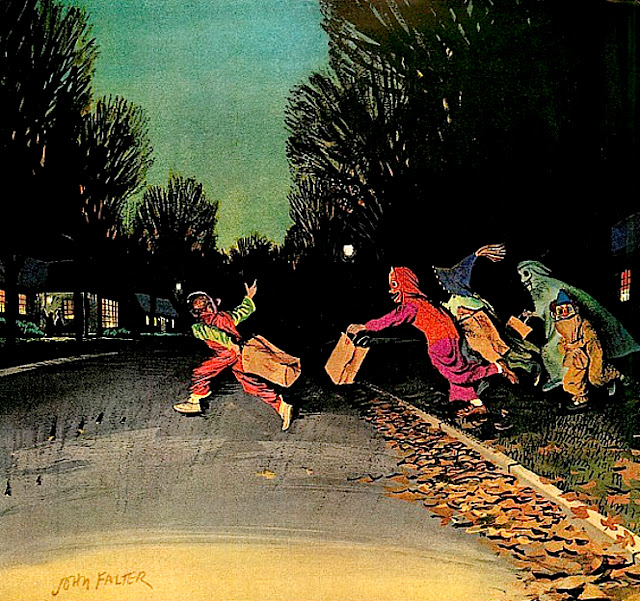 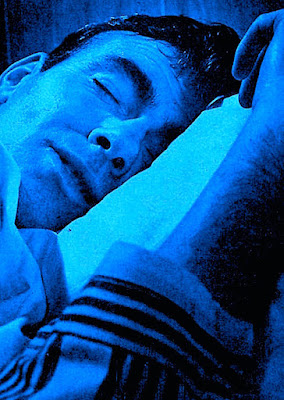 Trick or treat?
Is anybody else thrown off by the
veil of darkness that has descended
upon us? Normally an early bird,
for the past couple of weeks I've
struggled to get out of bed. That's
probably because sunrise has been
arriving later and later. Until now
it's well past 7:30 a.m. Meaning
that upon awakening in the pitch
black I have to convince myself
that it's not the middle of the night.
Maybe I should just sleep until ten.
How's your body clock these days? 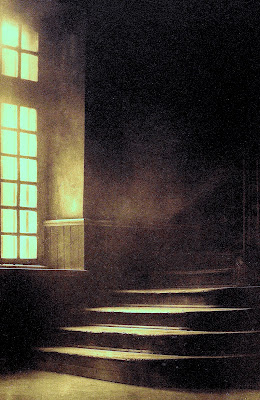 Delayed reaction
Daylight Savings kicks in just under a
week from now. With that shift back in
theory we'll have more time in the light.
However in reality autumn is upon us
and winter will soon be here. That means
the days get shorter and hence we're all
left sitting in the dark. And while that's
fine for some night owls - I really find it
rather depressing. Little dampens one's
mood more than a liberal dose of doom
and gloom. While I love basking in the
glow of candlelight, I really don't want
to burn my midnight oil till after 7 a.m. 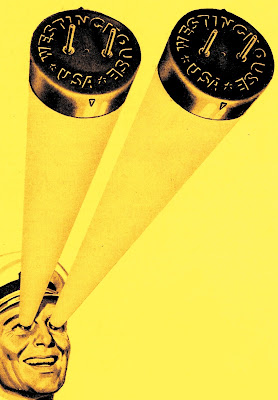 See the light
Living in the equivalent of a film noir
is not for me. I love the sun streaming
through my windows. The brighter the
better is best when it comes to finding
inspiration. Therefore I'm desperately
attempting to do everything possible
to brighten my corner rather than sit
in the dark. Knowing that from here
on it's only going to get worse doesn't
help. Is this the onset of a bad case of
SAD (Seasonal Affective Disorder)?
Maybe it's time for all of us to walk
towards the light... and lighten up! 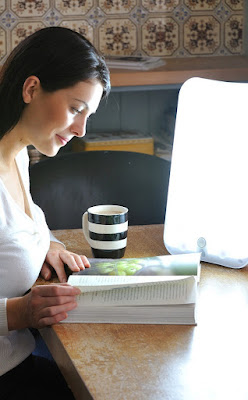 Out of the box thinking
Some experts recommend purchasing
elaborate light therapy "boxes" which
in theory blast away winter doldrums.
However like most things artificial it's
a poor substitute for the real thing. That
explains the primary reason why this
gentleman easily survives winters in
Montana. You see, someone smarter
than any of us figured that we needed
a bit of help during the colder seasons.
Hence they provide us with a magical
combination of unfettered snow and
sun. Talk about a bright idea... 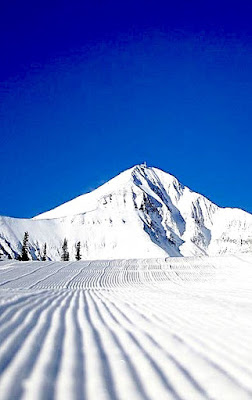 The great white way
I've come to the conclusion that the
biggest benefit of living in "Big Sky
Country" is literally our big skies.
All winter long we're blessed with
crystal clear sunshine bouncing off
a landscape covered with pure white
snow. Not only is said phenomena
beautiful - it's restorative. Rather
than sitting before some pseudo
glow - all one has to do is sit by a
window and bask in it's glory. Better
yet, bundle up and go outside. Little
else makes one feel more alive! 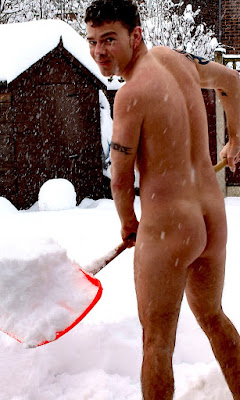 Abominable snow man
Frank's calls me "two temp" given I run
either hot or cold and nowhere in between.
In theory that explains my predilection to
shovel snow in nothing but my shorts and
tee. However I'm convinced that my need
to bare my bits in sub zero temperatures
relates to a desire to see the light. Public
exposure aside, nothing makes me happier
than standing amidst a sea of white in as
natural a state as possible. Hence soon
the only show in town worth seeing will
appear post every blizzard on the corner
of Eighth and Boulevard in Lewistown. 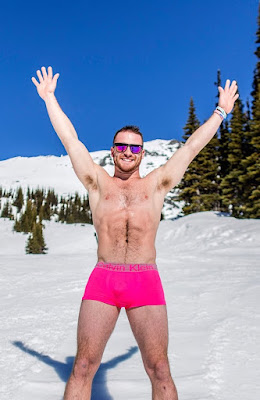 Big white honky
Until the first snowfall I'm hitting our
local trails. While the weather is still
nice enough I plan to walk a few miles
each day. While the idea of exercise
is beyond repugnant to this hot house
flower, the concept of moving towards
the light holds great appeal. With the
change of season comes an opportunity
to shift one's priorities. Thus it's up to
each of us to brighten our outlook in
whatever way maximizes our happiness.
So if you pass me out and about this
winter - honk if you love sunshine!