THE WORLD OF TOMORROW? 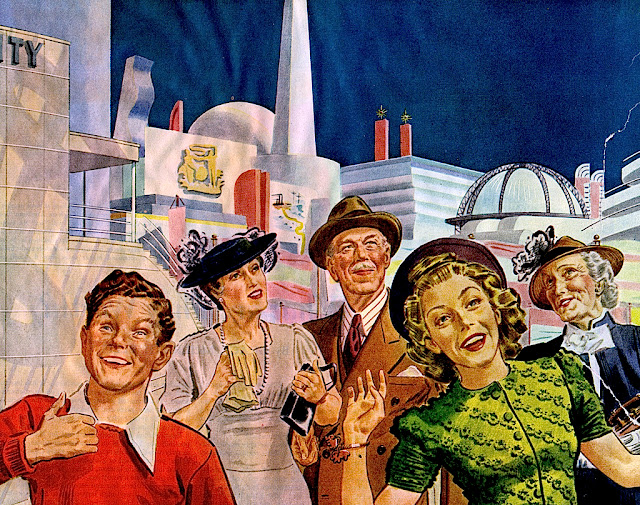 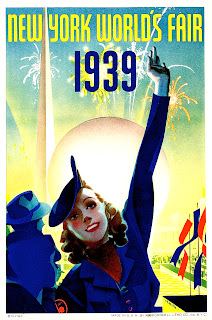 Been there, done that.
During my parents dating phase, the 1939 Worlds Fair was in full gear. What better place to take your girl than to  "The World Of Tomorrow"? The fair exposed Americans to new and exciting technology like television, Elektro the robot, air conditioning, dish washers, fluorescent lights, and nylon! You could sense the hope and optimism. America was finally pulling itself out of the depression -
TEN YEARS LATER. 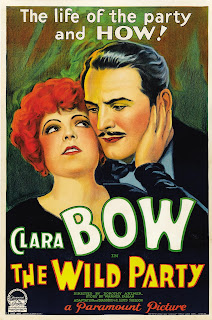 Boom, crash, bang!
During the twenties everything had changed for the better. Anyone was able to own things they had only dreamed about. Then one Tuesday in October of 1929 it all ended. The economy fell apart. Net worth disappeared. Bank accounts evaporated. Housing markets collapsed. Jobs lost. Post apocalypse, Americans adjusted to having less, working harder, and barely keeping their heads above water. All remembering what they had lost. 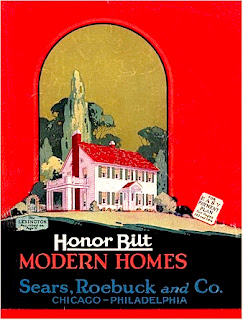 Deja vu.
Sound familiar? If you know your history, we're living through the same times only eighty years later. My generation built our lives and careers during the heady days of the late eighties through post millennium boom. We thought we were invincible and nothing seemed out of our reach. It was easy to have everything if you just worked hard. Real estate was our safety net and we leveraged ourselves to the maximum. 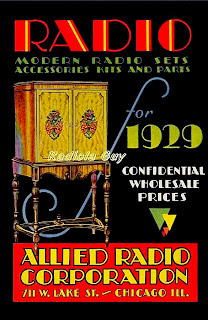 Better than ever.
Our 401K's grew to staggering levels. Being successful seemed to be a God given right. So we borrowed, shopped, traveled, dined, and embraced the newest technology. Things like fax machines, computers, microwaves, cellular phones, VCR's, CD's, DVD's, I-Pods, and
I-Phones! Everything was new. Everything was easy. Everything was achievable. Then all of a sudden it fell apart. The stock market collapsed and reality dealt us a major bitch slap. 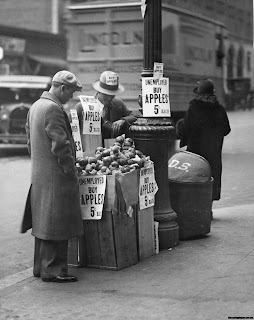 Lesson learned?
My parents knew what it was like to lose almost everything. While Ethel never lived without, her privileged life changed dramatically with the crash of 1929. That experience impacted the way she dealt with money. Even in better times, Mother made sure that every penny was tracked, documented, and leveraged for maximum impact. Constantly vigilant, it was as if she was waiting for it to all happen again. 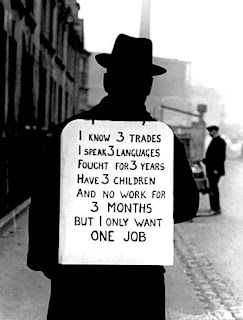 Seem familiar?
Fact is, recessions are cyclical. The only difference between 1929 and 2008 is that many lost new radios versus eighty inch flat screen TVs. What changed is that this time Americans had a safety net. In 1929 unemployment insurance did not exist nor any other Federal support. Families were on their own and barely survived. While some may grouse based on political orientation, it could have been worse. 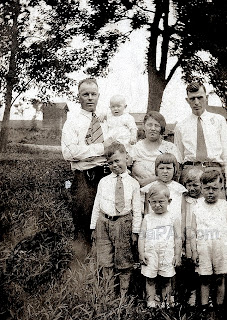 Less is more.
Why are we confused? Most of us assume things will just magically get better. Yet at this point, reality is only just setting in. Most have decimated their bank accounts. Sold anything they didn't need. Downscaled to more realistic proportions. And suddenly realized that they can still enjoy life without all that stuff. We're living through the same adjustment that American went through in the thirties. Once again Mother was right. 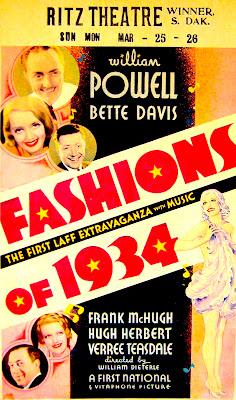 Back to the future.
If you think about it, my children and their peers have experienced a similar magnitude of loss to what my parents witnessed. Certainly entitled, we bear the responsibility for their disillusioned reality. Now it's a period of adjustment. We are living in the modern day equivalent of 1934. One of the most dismal years of the depression, reality finally hit Americans with a vengeance.
The facts speak for themselves.
Link here to a 1934 dose of reality.
Suddenly things don't seem as bad do they?
Isn't it time that we all stop complaining?!
Posted by montanaroue at 5:20 AM