A FABLE BEYOND BELIEF 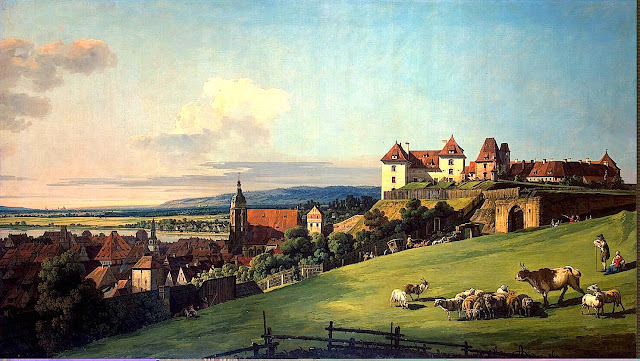 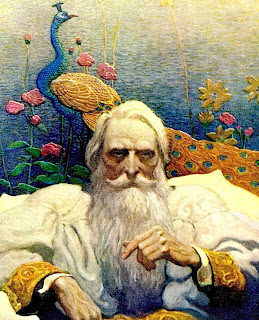 Chapter 1: Far, far away...
In the south there was a city on a
plain. It was founded by a kind and
humble king who loved his subjects.
His philosophy was simple - live and
work everyday by the golden rule.
For many years his kingdom prospered
Subsequent rulers continued his legacy.
Finally many years later, the times had
changed and suddenly the kingdom
was threatened. This was all because
they had forgotten who they were. 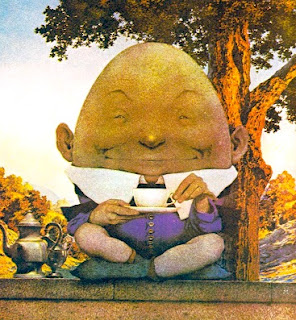 Chapter 2: Malaise du jour
King Null and Queenie Quo now ruled the kingdom by constantly proving their mediocrity. In a bid to maintain their standing, they offered more and more for less and less. Slowly fewer people frequented their outposts. While they loved their subjects, their ineptitude lulled their charges into a false state of complacency. Sadly, only a few smart subjects feared for their future. 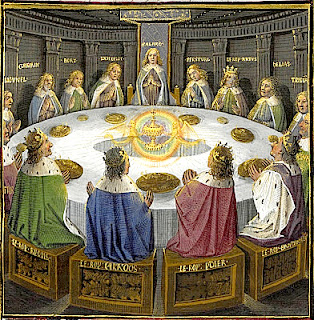 Chapter 3: Hidden agenda
Meanwhile a Rich Opportunist secretly bought up a large percentage of the kingdom's assets. When he had more than enough, he revealed his power. The Rich Opportunist then demanded a seat on the Council of Lords. Once there, he challenged King Null's authority and all that he was doing. Few knew of his plan to control all. 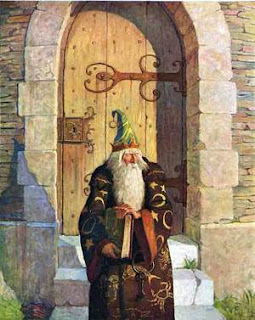 Chapter 4: Coup de gras
At his bidding King Null was ousted as
Queenie Quo and his Council of Lords
stood by and watched. A False Prophet
was anointed by the Rich Opportunist
and assumed leadership. An egoist zealot,
the False Prophet cared little for facts,
history, or opinion. Rather he blindly
preached his vision, filling his court with
sycophants who wanted nothing but
power and riches. The people embraced
his flawed dogma but to no avail. 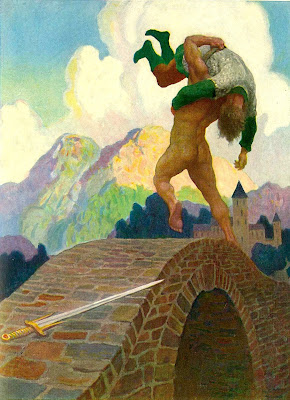 Chapter 5: Hope dashed
For a short time, a Valiant Prince arrived from the North and tried to stem the tide. He offered those around him comfort, advice, participation, empowerment, and vision. While he made some errors in judgement, his trusting soul and true heart caused the people to love him more than the False Prophet. Within months his jealous superior lashed out and banished him to oblivion. All was not lost. Today
he rules a happy western land filled with stars and palm trees. 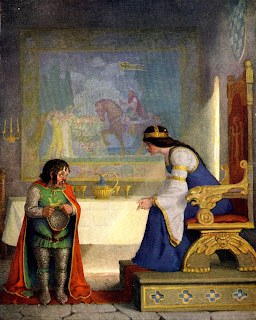 Chapter 6: Dark times
Through those dismal days, Queenie Quo survived. Her hidden agenda was to protect mediocrity at all costs. She charmed whoever was in control. Telling them whatever they wanted to hear and then doing whatever she wanted. Her skill was so adept that King Null, Valiant Prince, False Prophet, and the Council
of Lords all thought she was their ally. Foolish men, none ever saw the knife
she constantly held behind her back. 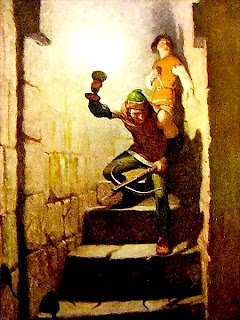 Chapter 7: Death's spiral
For almost a year and a half the kingdom was in turmoil. No matter how hard they tried, nothing the subjects did was right. The sycophants tortured them with taunts, conflicting priorities and dishonest cruelty. Enemies outside the city walls identified their weaknesses and grew stronger. Every quarter their numbers continued to decline. The False Prophet's delusional mania pushed them to the edge of extinction.
Few if any had hope for redemption. 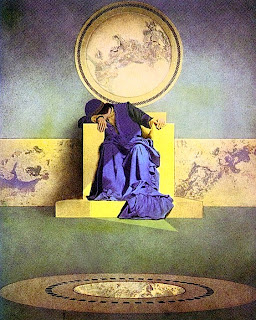 Chapter 8: Secrets revealed
Queenie Quo secretly whispered to the Council of Lords of the False Prophet's failures. Finally, they decreed "enough" sentencing the False Prophet to permanent purgatory. His shameful sycophants shamefully departed leaving behind their debris of decadence. King Null was asked to return short term.
He sifted through rubble, established a semblance of stability, and encouraged survivors to return to past practices. 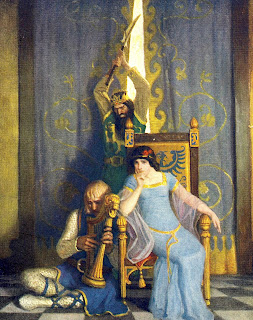 Chapter 9: Et tu Brute?
King Null did anything Queenie Quo told him to do. Day by day they shifted the kingdom back to the mediocrity of days gone by. Four months later, the Council of Lords had done nothing to find a new heir to succeed King Null. The kingdom sunk to it's lowest point ever. Finally the Rich Opportunist had enough. He cried out from the hilltops
as loud as he could "If at first you don't succeed, try try AGAIN!!" 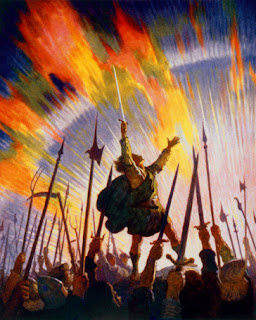 Chapter 10: Atrophy rules
Due to the kingdom's demise, the Rich Opportunist was now the Biggest Loser. He demanded that King Null step down. Angrily he also called for removal of the Chief of the Council of Lords in order to replace him with old King Quest. Publicly he fought a bitter battle of facts and fiction. His actions only placing the kingdom in jeopardy. Meanwhile King Null and Queenie Quo watched as the city on the plain burned out of control. 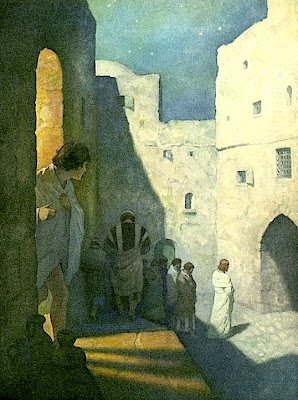 Chapter 10: Agony awaits
While their rulers argued, the masses wallowed in a pit of indecision. Many reverted back
to old behavior. Others mourned what might have been. Would the city on the plain survive? Would The Rich Opportunist sell? Would King Null be forced to flee? Could Queenie Quo survive another round? Could a new King take them back to better times? Sadly, it seemed that unless The Council of Lords made a decision, all would be lost. To be continued...
Posted by montanaroue at 4:13 AM