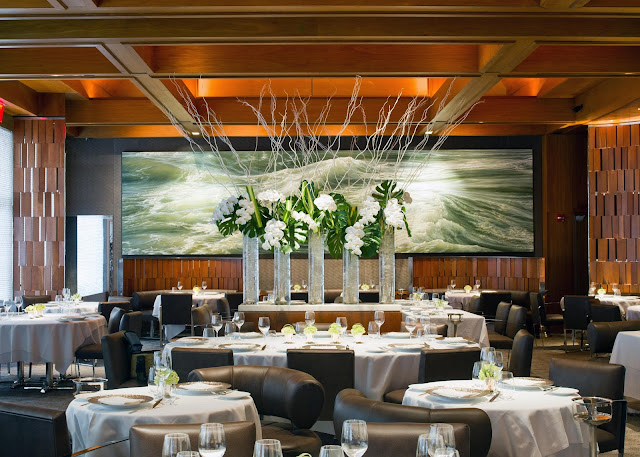 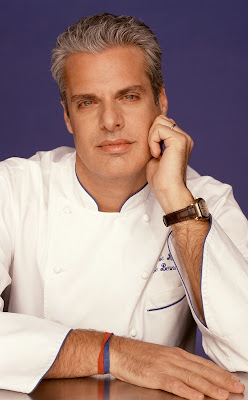 OOOO la la
I recently had dinner at Le Bernardin.
One of this country's top restaurants,
it's always a fabulous experience.
I must admit that I've lived a rather
charmed existence in that I've been
able to dine at Le Bernardin many times.
While the food is beyond memorable,
so is Eric Ripert the studly movie star
handsome head chef. His cuisine is
almost as beautiful as he is. After an
evening of visual and culinary delights,
I couldn't help but reminisce about a
prior night at this palais de poisson. 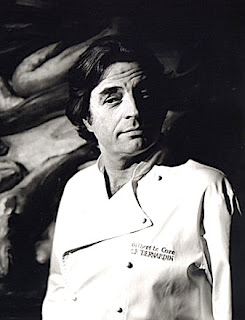 Tres magnifique!
For whatever reason, handsome men have
always cooked ze feesh at Le Bernardin.
Founder Gilbert Le Coze was one of the
sexiest men I ever had the pleasure of
meeting. In 1994 Gilbert died of a heart
attack at his gym. Eric Ripert assumed
leadership immediately. Un renard argente,
Eric had trained under Gilbert for several
years and therefore was ready to assume
leadership of this jewel on West 51st. 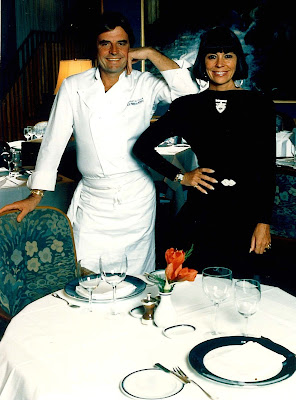 Table for two
While his sister Maguy was the
mother hen who ran the business,
Gilbert was the cock who ruled
the roost! Years ago I took "T"
there to celebrate some sort of
special occasion. Shortly after
we were seated, it was obvious
that one of us was being hunted.
Gilbert slowly circled the table,
then reached from behind "T" to
adjust her table setting. The entire
room could sense his energy. OMG,
he was one hundred percent MAN!! 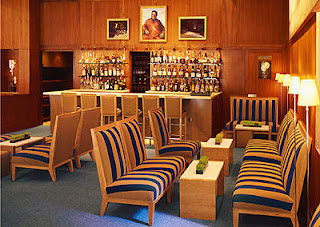 After dinner, DRINK!
After dinner, I noticed Gilbert was at the bar sipping a cognac. So, I insisted "T" and I have an after dinner drink! The resulting repartee was like watching the mating rituals of a rare bird, Viva la finesse Francais! 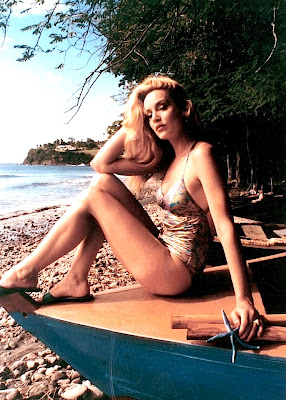 Mon amour
Gilbert introduced himself, stating
that I had a very beautiful wife.
I immediately made it clear that
we were best friends not lovers.
As we chatted, Gilbert mentioned
his home in Mustique. We asked if
he knew our friend Jerry Hall and
he indicated "mais oui!" Shortly
after, "T" commented about how
beautiful she thought Jerry was.
Gilbert leaned forward, looked her
straight in the eye and said "Blondes
are pretty but I prefer... brunettes." 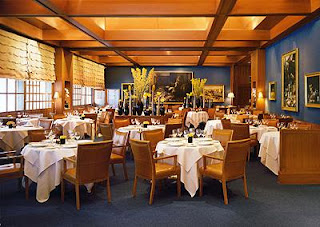 Au revoir!
Our chat continued until "T" announced she was going home to her husband and two boys. Gilbert gallantly kissed her hand and bid us adieu. While nothing ever happened, neither of us will ever forget that electrical night.
Bonsoir Gilbert!
Posted by montanaroue at 5:09 AM