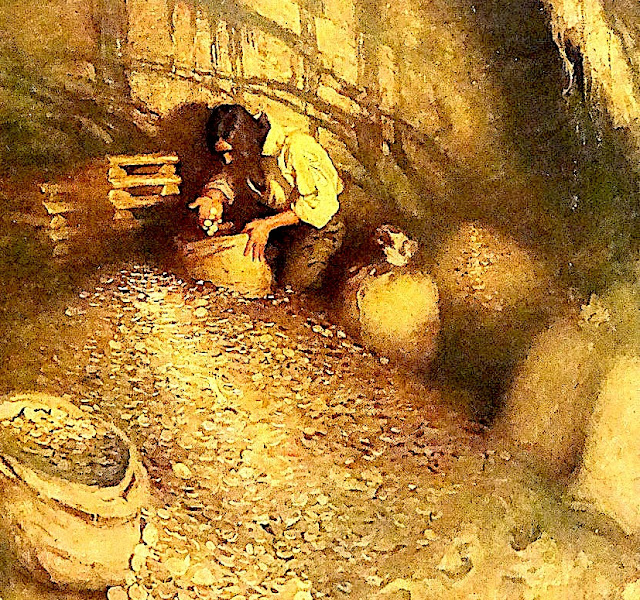 Search button
Last night temporarily ended to my addiction.
Well at least until the fall. That's when season
eight of "The Curse of Oak Island" will start
anew. As usual my favorite treasure hunters
made several tantalizing discoveries. Only to
come up empty handed. Yet I'm still optimistic.
Who knows if they will ever find gold?. Yet in
a way that doesn't matter. That's because the
hunt itself, the never ending journey is so much
fun. Making the anticipatory process of viewing
from afar entertaining enough. Hence at least in
this situation there is no need for a payoff on
what is one of cable TV's top rated shows.

Faux real
I'm not a gambler. In part because the odds are
inevitably against me. However as with many
dreamers I love being lucky enough to have
even a chance to win big. Another of my most
favorite youtube finds is the BBC series "Fake
or Fortune." Each episode of which follows a
team of art experts as they attempt to discover
whether a "masterpiece" is true or false. Post
an often rather convoluted game of connect the
dots an august panel of true authorities decide
what is what. Or not. Meaning that either the
owner goes home empty handed sans a forgery.
Or having proved they knew right from wrong. 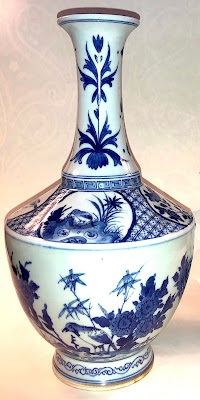 Chinese puzzle
Two weeks ago I purchased a fetching pair
of blue and white Chinese porcelain vases.
All because I got them for a price I wanted.
As with any purchase I did a lot of research
before and after winning them at auction.
Yet for some reason I couldn't identify who,
what, why or when. Then suddenly I came
across the word "Chongzhen" which led me
to an almost exact match. A highly valuable
Chinese porcelain that was created for the
Dutch market in the seventeen century. So
now I'm in a state of suspense as Sotheby's
and Christies take a look at my "treasure".

Gold rush
By the time you read this I may have already
found out that my finds are worth little more
then what I paid for them. Or can get another
buyer to shell out in return. However there is
a chance that I actually discovered something
special. Hence what keeps me going is that
more than addictive process of identification.
Which insures that whatever the outcome one
always gains a bit more than they forfeit. And
isn't that what life is all about? Finding gold
in whatever happens our way. All of which
teaches us that anybody willing to dig deep
can find buried treasure. Even.. you...
Posted by montanaroue at 4:00 AM