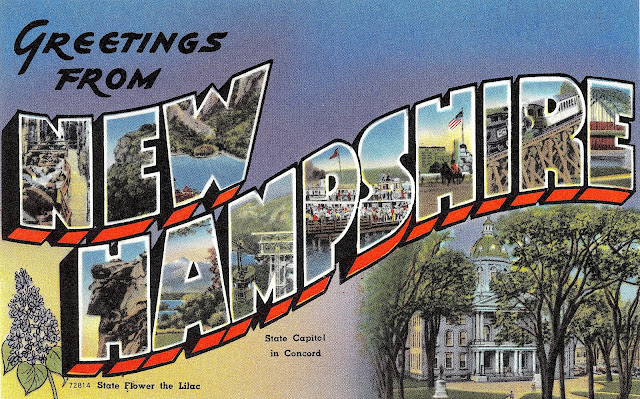 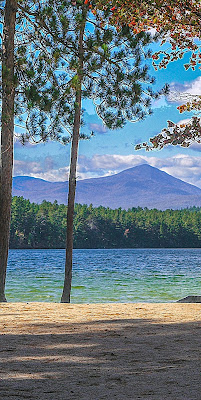 Far away from it all
I can't but smile given New Hampshire has
been in the news for the last few days. Not
because of the democratic primary results.
But rather due to the fact that I spent every
summer of my youth in the Granite State.
A favorite of my parents, they vacationed
there from the forties on. Spending at least
two weeks a year near White Lake. A crystal
clear gem nestled in a pristine forest of pines,
ferns, and wild blue berries. Hence I have a
fond spot in my heart for this land where the
"yankee" values of freedom, honesty, privacy,
and candor reign supreme. It is God's country. 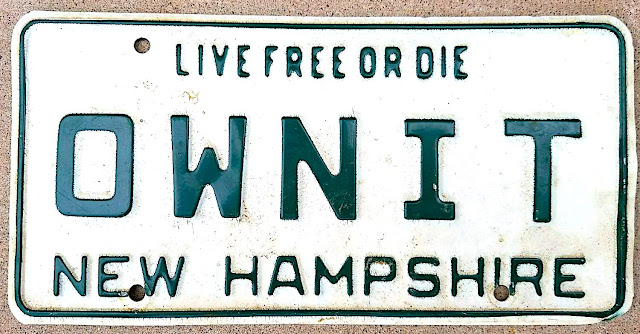 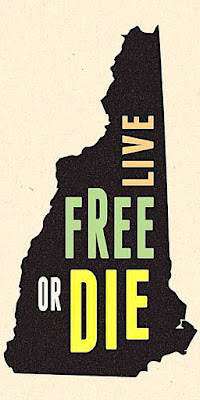 Free for all
Since being settled by a tough group of English
fishermen in 1623 - New Hampshire's success
has been built upon the value of a job well done.
Most preferring to keep things simple. While it
has a rock solid agricultural heritage, it also was
once a hub of major industrial ventures. Along
with the ivy league stalwart Dartmouth College.
So while small, it reflects a variety of influences.
Many of which drove Trump's success in other
states. The difference being that New Hampshire
residents pride themselves on maintaining an
open mind. Therefore while fairly conservative,
New Hampshire citizens are also free thinkers. 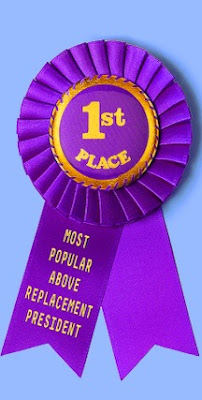 Purple reign
No wonder I fell in love with Montana. There
are so many parallels between both states. In
particular a commitment to minding one's own
business. As with New Hampshire, Montana's
biggest cities run blue. Whereas rural towns
like Lewistown bleed red. The question being
whether either state, or the other forty eight
might turn purple. As of today we've no idea
who the Democrat's final choice to run against
Donald Trump will be. But if New Hampshire
is any indication, many Americans are seriously
reconsidering their options. A shift that could
possibly MAKE AMERICA GREAT AGAIN!
Posted by montanaroue at 4:00 AM