It's proven - we can do better

Lost in the translation
If at times I seem conflicted... it's because I am.
Disappointed on an almost daily basis, keeping
up is hard enough. However sorting through all
of the diverse bits and pieces seems to be an
exercise in futility. Mostly because in the end,
things just don't add up. Leaving many of us to
feel like we're stuck holding the bag. Somehow
responsible for the mess we're in. Yet completely
unable to fix what's obviously broken. Let alone
resolve our differences. Hence whether driven by
former Catholic guilt or broken boy scout values
I feel like I've let you down. That like it or not,
I can't save the world. But somebody else will. 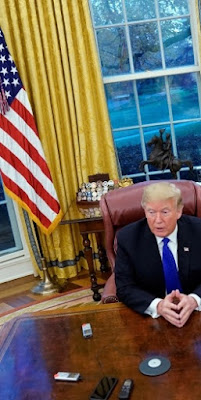 Spin cycle
At some point in life almost all of us have felt
the same way. A shared experience that only
reinforces that there are rarely any quick fixes.
History shows us that in essence mankind has
long been there - done that. Along with the fact
that as a collective whole - we quickly forget.
Which explains why the world at large rarely
learns its lesson. Meaning that our destiny is
that everything comes full circle. Only the
names of those involved changing over time.
Hence like it or not, I understand that Donald
Trump is but one in a long line of misogynist
demagogues. As are those who do his bidding. 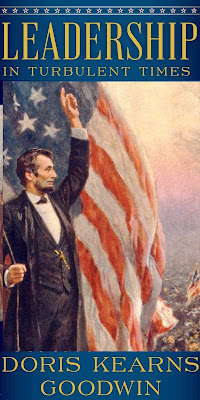 From the top down
Doris Kearns Goodwin, the renowned historian
recently wrote a book entitled "Leadership in
Turbulent Times." There within she documents
the harsh reality that if confronted by adversity
few rise to the occasion. Hence true leaders are
the rare and isolated exception. One of the few
shared attributes of greatness is humility. Which
by it's definition demonstrates a willingness to
serve for the greater good. And fortunately for
all involved, when somebody is brave enough
to step up, the majority of us follow. All it takes
is some one willing to drag us to a better place
against all odds.

Exception to the rule
Post four long years of attacks, bitterness, and
dissension Abraham Lincoln was inaugurated
for a second term. Rather than belittle his rivals,
he challenged Americans to forgive and forget,
"With malice toward none, with charity for all,
with firmness in the right as God gives us to
see the right, let us strive on to finish the work
we are in, to bind the nation's wounds. to care
for him who shall have borne the battle and for
his widow and his orphan, to do all which may
achieve and cherish a just and lasting peace
among ourselves and with all nations." Yet just
forty two days later he was assassinated. 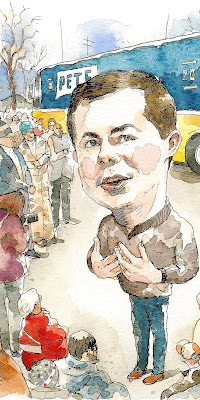 Deja new
Will we ever learn? Must we hit rock bottom
in order to rise to the occasion? History shows
us that Donald Trump is a living example of
"been there, done that." Not only is his defeat
imminent, it's inevitable. Our question being
who, when and why? Now is our opportunity
to usurp evil for our collective good. All that's
needed is finding and empowering someone to
do just that. And while said victory may seem
impossible, it's been done before. One thing is
certain, the sooner the better. Together we can
right our wrongs and build a brighter future.
And hopefully, learn from our mistakes.
Posted by montanaroue at 4:00 AM