Monuments to our stupidity 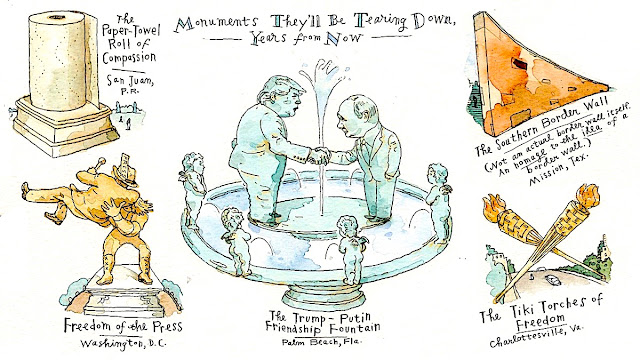 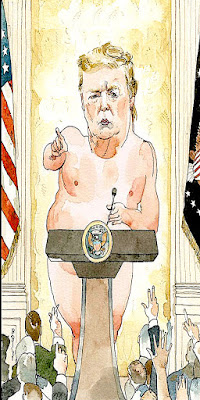 Bare essentials
What's done is done. Therefore if nothing else
we must credit House Democrats for trying to
do what was right. As in all things democratic,
the majority ruled. Meaning that a man who is
at best guilty of compromised morality is safe.
Endorsed by acolytes to continue inflicting his
skewed agenda to endanger the freedom and
equality of ALL Americans. One built upon
a foundation of delusion. Fueled by a tenuous
combination of political smoke and mirrors.
Hence much like the Emperor's new clothes,
the bare truth remains ready and waiting to be
seen for who and what HE truly is. 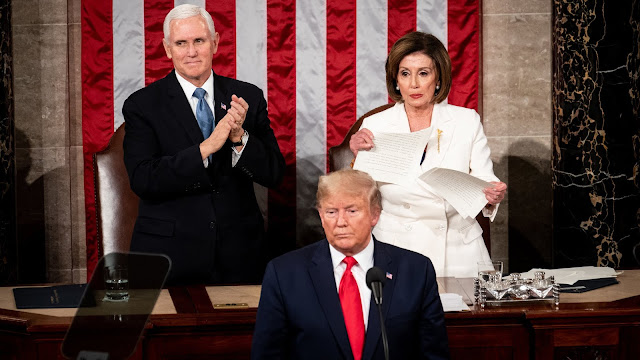 House arrest
As with all things temporal, lies are ultimately
usurped by truth. Yet rarely do such conclusions
occur in a timely manner. But hindsight is 20/20.
Hence history will show where, when, and how
we all went wrong. Thus it's important to search
for the facts here and now. Mr. Trump's State of
the Union address was riddled with misleading
rumor, lies, and innuendo. Such "fake news" can
be easily exposed for what it truly is. However
we the people must be willing to separate fact
fom fiction. Sadly many choose to embrace Mr.
Trump's spew at two-faced value. Could it be
that abject ignorance fuels the American dream? 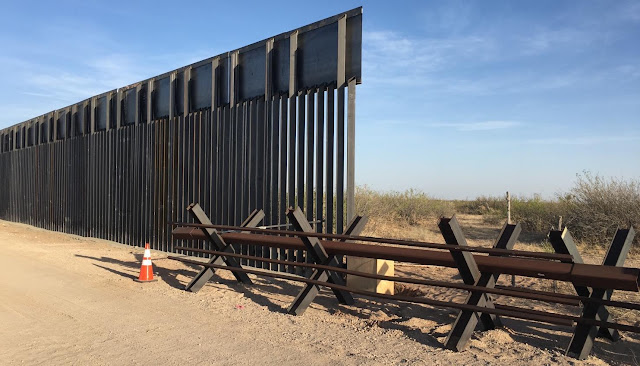 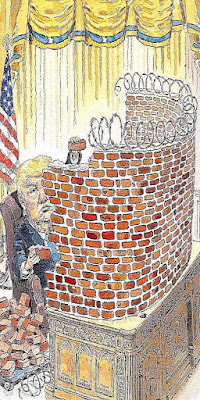 Just my imagination...
"Our economy is the best it's ever been" was a
blatant lie. The current economic expansion is
in its' eleventh year. Yet economic growth was
much stronger under George W. Bush. Another
deception was "We will always protect patients
with pre-existing conditions," The truth be told
Mr. Trump's minions are in court arguing to end
the Affordable Care Act along with pre-existing
condition coverage.". Finally, Don's monument
to his ego has not grown "150 miles." At best
just ONE MILE od new border wall has been
built since he assumed office. So why does he
assume he can trump truth and lie to all of us? 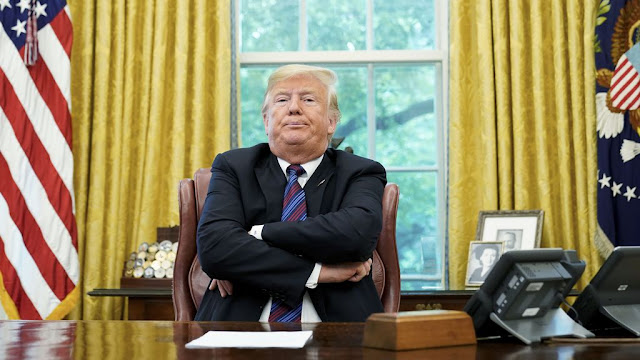 Hole in on
Given the chance any opportunist will seize the
moment. Ultimately Mr. Trump's greatest skill
is his ability to leverage limited assets to HIS
advantage. A phenomena based on the theory
that most Americans lack the time, energy, and
patience to discern fact from fiction. Hence he
believes there is safety in numbers. That as long
as he repeats and repeats falsehoods they will
evolve into truth in the minds of his beholders.
So far that approach has worked. However Mr.
Trump's impeachment has exposed his evil and
unbridled ambition. Leaving us with the solemn
task of stopping him - before it's too late.
Posted by montanaroue at 4:00 AM