Smoke and mirrors
"BENGHAZI." That was the response of one
of my facebook cohorts to my blog yesterday
about Mr. Trump's support of Mr. Gianforte's
criminal actions. My reaction was "bullshit."
The very idea that some one would trot out
a proven political ploy, a known farce, and
a closed chapter to justify an elected official's
abuse of power disgusts me. Not only is said
action a sign of complete ignorance, it's proof
that some people live in a fantasy world. One
where morality, decorum, grace, and dignity
no longer matter. No wonder our United States
are in such trouble. Have we all gone NUTS?! Either nor?
Nobody wants to be forced to pick sides. Yet
sadly some insist on doing just that. The very
idea that some deep dark conspiracy - some
stealth liberal plot has tainted our democracy
is BULLSHIT. Just as some on the other side
argue about the Russia "witch hunt" currently
in process. In both cases the truth and FACTS
will prove somebody right and another wrong.
However long after that has happened some
insist on pointing fingers at Hillary Clinton.
In part to justify the untoward behavior of
our despot in chief. And taking such a stance
is ignorant. Or even worse clearly WRONG. 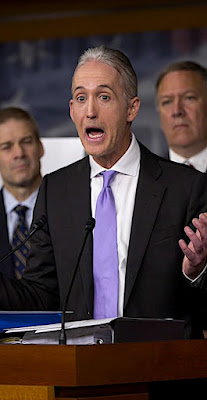 Been there, done that
So let's be clear. On September 11th, 2012
four American heroes died in the attack on
our embassy in Benghazi. In May 2014 -
Congress initiated an investigation. Post
spending 7.8 million in taxpayer dollars and
over two and a half years - said committee
published a 322,000 word final report. The
result quite skewed to a Republican stance,
it severely chastised the military, CIA, and
Obama administration for a plethora of very
lethal errors. However said report in no way
incriminated Hillary Clinton, prior Secretary
of State. So why are you bringing it up?! 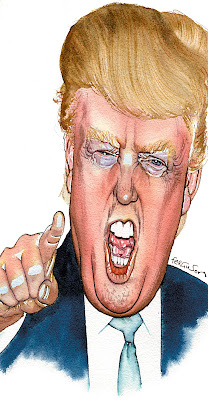 No excuses
Like it or not, Hillary Clinton won the popular
vote in the 2016. Whereas Donald Trump won
the electoral college thus becoming our forty
fifth president. Yet I must reiterate that my blog
yesterday had NOTHING to do with the 2016
election. Rather it had all to do with how some
of us behave. Whatever you think about many
of our political leaders - few are serial liars.
In addition most have the decency to NOT
celebrate physical aggression against others.
And finally, while flawed, the majority of our
elected officials behave in a proper manner.
Except for a very few as in ONE in particular.

False pretenses
We have to stop this foolishness. There is no grey
area between right and wrong. Nor good or evil.
It is our responsibility to hold each and every one
of our leaders to a higher standard. If for no other
reason than to set a good example for the youth of
America. Continuing to dredge up old falsehoods,
conspiracy theories, and the like is subterfuge!
An attempt to shift our attention from the harsh
reality of the caliber of our President. Instead of
pointing fingers, why don't you look at the man
himself? Consider his words and actions in the
context of your life. Do you support shameful
behavior? Can you still tell right from wrong? 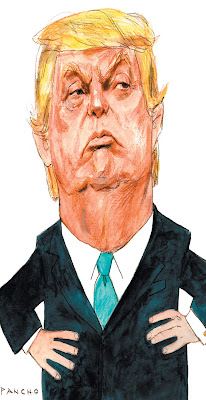 It is what it is
A lie is a lie. An insult is offensive. Cheating
is adultery. Hence for most of us that type of
behavior in our lives is summarily rejected.
Behaving badly has NOTHING to do with
"Benghazi." Nor any other tomfoolery that
you choose to dredge up. There is no excuse
for crimes against humanity. And no valid
justification for repeatedly breaking tried
and true rules time and time again. Rather
than defend such behavior, why not do the
right thing? Which is to punish those who
purposefully deceive us. Or are people like
you too far gone to stand up for what's right?
Posted by montanaroue at 4:00 AM