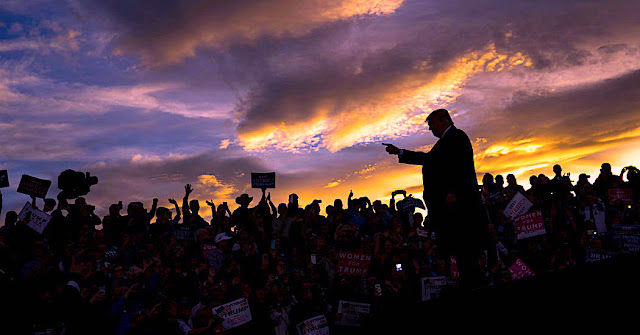 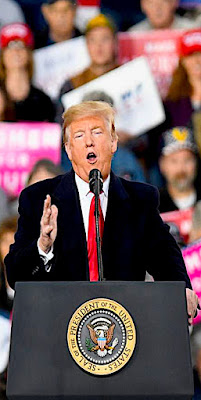 A man of his words
A dear friend once said "your mother raised you
to be a gentleman not a punching bag." Meaning
the art of diplomacy shouldn't always require
that one be weak in response. Yet there is much
to be said for setting an example. For doing the
right thing against all else. For showing others a
way to redemption. And sadly, said approach to
leadership is something greatly lacking in these
United States of America. Our Chief Executive
being anything but a positive example for our
family, friends, and foes. Instead his inability to
act in a proper manner is more than a display of
bad manners. It's nothing but a public disgrace. 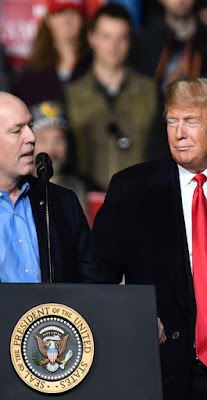 Guilty as charged
Last week Donald Trump stood on a dais here
in Montana. From said bully pulpit he lauded
and celebrated our Republican Congressman
Greg Gianforte. Congratulating him on being
a master of "body slamming." As in the assault
of a reporter he subsequently pleaded guilty to.
However honestly, that's not what bothered me
most. Rather it was Mr. Trump's subsequent
response to challenges about what he'd said.
His justification being "it's a different world
there." Implying that Montana was a wild and
unlawful place where any abuse of power is
overlooked. Or worse yet, REWARDED. 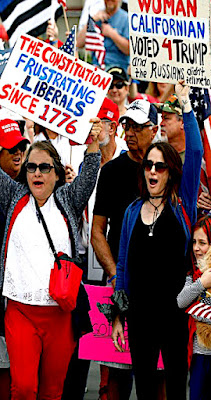 Transplant surgery
Said slight against our great state is anything
but a falsehood. Many attending Don's rally
in Missoula came from afar. Acolytes drove
here from California, Idaho, Arizona, Oregon,
Washington, and Wyoming, Meanwhile many
locals were anything but supportive. As our
President landed in Missoula he was greeted
by at least two rather impertinent messages.
One being a transformation of the University
of Montana "M" high on Mount Sentinel into
"iMpeach".  The other, Loyola's "L on Mount
Jumbo into "Liar." Visually reinforcing that
many Montanans did not welcome his visit.

Western union
Mr. Trump's prejudiced perception of Montana
is limited at best. The fact is like many other
places, Montana is rather diverse in our views,
opinions, and moires. It's easy to assume this
is Trump country as 73.1% of my Lewistown
friends and neighbors voted for the big D. But
my experience shows my  fellow locals are if
nothing else good people. Those who by and
large live by the golden rule. Hence I find it
hard to believe that deep down, most of them
can justify supporting a man who breaks almost
every on if not all rules that they consider tried
and true. Or is Mr. Trump right and I'm wrong? 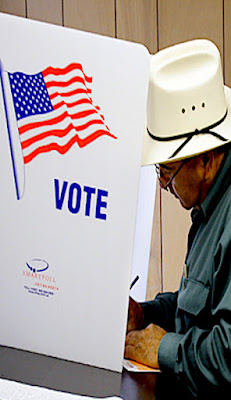 True or false
Leadership is about taking us to a better
place. Which has little to do with the art
of the deal. It's not about winning. Nor
us it all about money. Yet Donald Trump
seems perfectly happy being focused on
those two priorities. He and his cohorts
will do anything to maintain their power
base. The question is what about the rest
of us? When do we draw a line between
morality, decency, and success at any cost?
I hope that my fellow Montanans ultimately
reject our President's approach to life and
politics. And therefore vote accordingly.
Posted by montanaroue at 4:00 AM