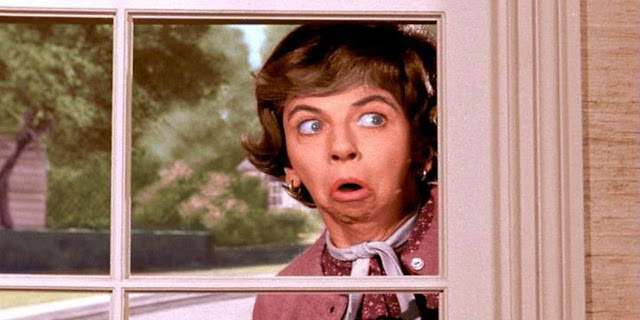 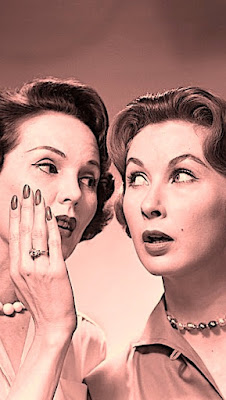 Seen and heard
Living in a tiny town you assume every one
knows your business. The same might apply
to the world at large. The older I get the more
I wonder how some get away with monkey
business. Experience shows that we're much
more connected that most of us realize. And
that in truth - it's virtually impossible to not
run into some one you know. Six degrees of
separation, capricious happenstance, or just
a stroke of luck - inevitably we discover that
our individual spheres of influence are much
broader rather than finite. Even when we've
no idea of who knows whom, what, or why... 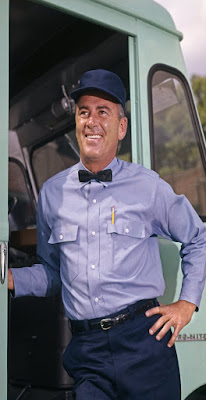 Out of the ordinary
Transporting antiques way out west has been
quite a journey. What's most illuminating is
seeing a stranger's reaction to our isolated
environs. Our first delivery arrived late one
February night as the thermometer hovered
at twenty five below. It was obvious that our
driver (who hailed from Vermont) had NO
idea what he'd gotten himself into. As was
the case with the delivery man from Texas
who dropped off two items late Thursday.
Shell shocked, he couldn't believe how long
it took to get from there... to here. And yet
somehow he ultimately found Lewistown.

Stranger things have happened
Oddly... he looked familiar. Soon I asked him
where he was from in the lone star state. His
answer, Dallas. I shared that Frank and I had
lived there four years in what is called uptown.
To which he replied that he'd worked for years
delivering furniture for a furniture resale shop
called On Consignment. A treasure trove that
was my favorite Dallas haunt! The joint was
literally packed to the rafters with "goodies"!
Then it hit me. I remembered a Saturday long
ago when I found a gently used Mitchell Gold
settee crammed between a bunch of boxes. It
was the perfect color. I had to have it... 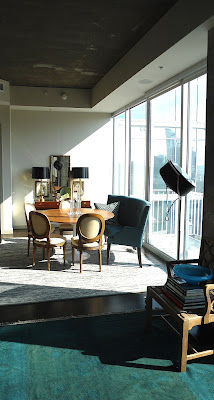 Home delivery
You see I was hosting a dinner party that night
and desperately needed more seating around
our round Saarinen table. Thus said jade hued
gem was the perfect solution. Well known in
said shop, the owner offered to deliver "now".
Given I'd walked the few blocks to the shop
she suggested I hop on for the ride. Which
brings me to my new old friend in Montana.
Way back then we both took that short ride
in the back of a pickup holding my newfound
prize to my building's loading dock. Thus he
a familiar face in a different place. Proving
once again that it's a SMALL world after all! 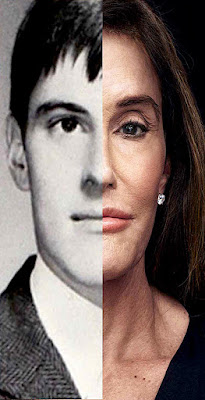 Now and then
The fact is we never know who we may run
into. Sometimes re-encountering one's past
is a challenge at best. Some never change.
However most of us bear little resemblance
to who we once were. This summer Frank
attended his high school reunion. And it was
the one time when name tags actually came
in handy. Otherwise he would have had NO
idea who was whom. Hence it should come
as no surprise that we may often be rubbing
shoulders with "strangers" whom we might
have once given the cold shoulder. The only
difference being one now may have arthritis. 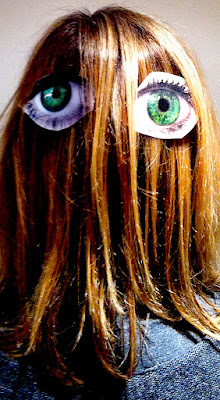 Hindsight is twenty twenty
My mother warned "don't do anything you
don't want me to know about." Ultimately
I found that Ethel lacked eyes in the back
of her head. However she cast a wide net.
Mothers aside, it's all too easy to be found
out. Years ago friends waited in Tokyo for
a train. Looking across the platform they
spied their next door neighbors. Proof that
chances are somebody who knows another
who knows your special some one is within
close proximity. So rather than risk exposure
it's best to behave. Assuming that you have
nothing to be ashamed of - why cheat fate?
Posted by montanaroue at 4:00 AM