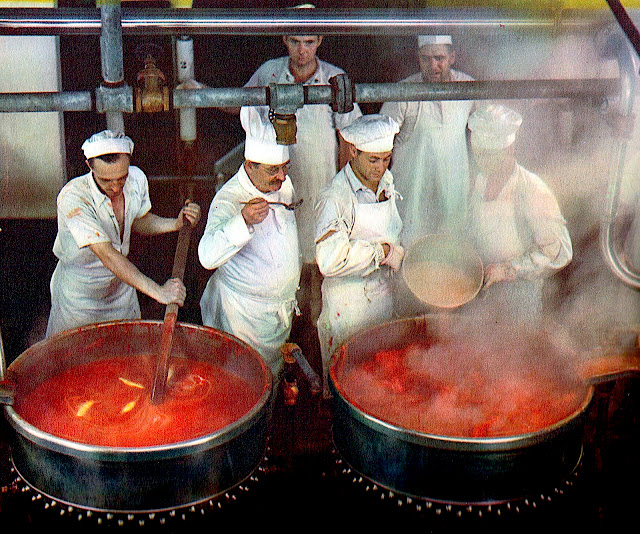 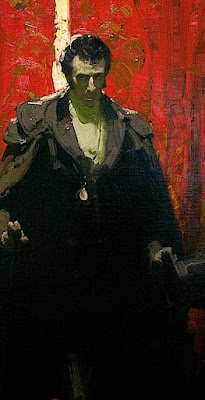 Dark shadows
Yesterday was to be perfectly honest - a total
bust. An exercise in futility. While I'd like to
blame everybody but me, I've no one to blame
for it but myself. That's because I allowed the
events of the day to distract me. To put me off.
And ultimately to set me off. Thus in the end
even if I assumed that I got nothing in the end.
I actually accomplished quite a bit in spite of
myself. The very reality of which leaves me
bemused, confused, and pissed off. The only
question being could I have handled things any
differently. Or better yet, should I have spent
the day planning out move overseas?! 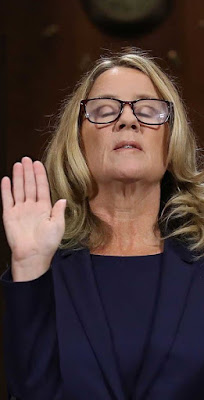 Testimony under oafs
Like millions of the rest of you, I sat in front
of the television all day long. Watching the
debacle, shame, and insults. Dr. Christine
Blasey Ford's testimony was quite moving,
disturbing, and beyond sad. Whereas Judge
Kavenaugh's aggressive denial was equally
disturbing, sad, and at times beyond insulting.
Yet what was worse was the political finger
pointing between both sides. And the attempt
of the Republicans to paint the Democrats as
devious plotters hell bent on destroying their
President's candidate for the Supreme Court.
Hence in the end I was beyond disgusted. 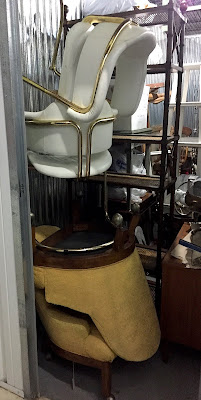 Survival tactics
In between I juggled multiple deliveries back
in Connecticut. Battling claims of the wrong
key in the wrong lock. While forcing a dear
friend to do the last thing either of us wanted
her to do -  cram it all into a tight spot. All as
I watched an on-line bidding war in order to
book a delivery to South Carolina. Oh and I
make some lunch, and try to cook the books.
In the midst of which I wondered if America
can survive our ever growing rift. dreaming
of times when the last thing on my mind was
politics. Nor whether our democracy will be
able survive the day, week, month, or year. 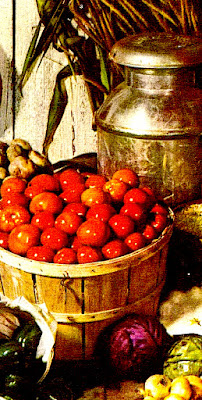 Dead end
Meanwhile back at the ranch it was a dark, cold,
gloomy, and damp day. Given the weather man
forecast for last night was close to freezing, we
spent much of the day scrambling. Feeling that
it was too early to sacrifice a season's time and
effort to a capricious frost. So during breaks in
the hearings we spent the afternoon harvesting
our garden. The result being a house full of big
bowls of red tomatoes, piles of zucchini, and
bouquets of flowers, herbs, and the like. This
morning we'll unveil our attempts to save the
"survivors" post having spent the night chilling
under cover of strategically draped old sheets.

Bowled over
It seemed that all bad things would come to an
end. Yet ultimately something beneficial came
out of the worst of circumstances. By the end
of the day I was ready to focus on anything but
politics and the weather. So I gathered up our ill
gotten gain and made dinner. Mixing a melange
of just picked tomatoes, basil, oregano, onions,
and garden chard into a fresh pasta sauce. Plus
four fabulous elk Italian sausages hand crafted
by our nephew "J". Thus after sitting down and
pouring ourselves a glass of Amarone the dreary
day's events faded out minds. And suddenly all
was right in our world. At least until tomorrow.
Posted by montanaroue at 4:00 AM