DIM SUM AND THEN SOME 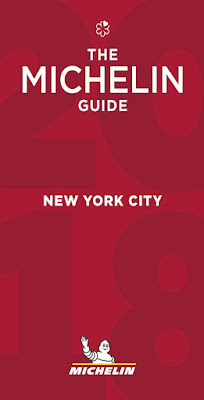 Food for thought
After nine months back full time in the Big
Sky state I must admit there is little I miss
about Manhattan. Being far from friends is
our primary gap. However not being able to
easily see a Broadway show, opera, or the
philharmonic is most definitely a big miss.
Shopping may no longer lure yet not being
able to pop over to BG or Barneys can be a
hardship. However like most things in life
it comes down to our stomachs. Hence we
miss a diverse array of culinary pursuits.
The kind of food that knocks our socks off
and fuels our hunger for new adventures.

Tried and true
Growing up as boomer, and in a WASP home to
boot meant that food was utilitarian at best. All
was either boiled, baked, or broiled to the max.
The result being the kind of pablum that in it's
day was considered derigueur in many a private
club, Whereas Frank was blessed to have Italian
and Czech grandparents. Meaning that he grew
up eating all sorts of wonderful things that were
for them home cooking. As in across the Atlantic.
Fortunately both of our backgrounds gave us a
hunger for trying new things. Therefore we've
eaten our way around the world and then some.
Yet wherever one was, it best was always local. 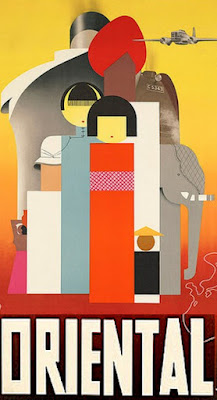 Western exposure
Thus we've never missed an opportunity to
over indulge. If I'm honest, theres little to
nothing I don't like. However if and when
either of us are given the chance to choose -
we invariably opt for Asian cuisine. I can't
tell you chow mieny times we've finished
a Chinese, Thai, Vietnamese, Malaysian,
or Japanese feast and agreed that it was our
"best meal ever." So much so that initially
upon considering Lewistown as our home
base, we hesitated due to the lack of Asian
options. Twenty years ago there wasn't even
a Chinese eatery in town. How could we?! 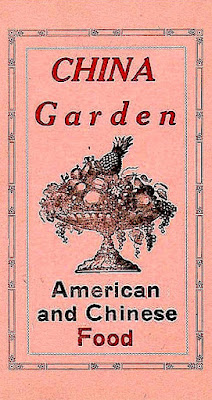 East meets west
Over the years all that changed. Today we've
a very good Chinese restaurant in town. That
is as long as one stays away from the buffet
and such classic American varieties like sweet
and sour anything. Instead we just ask China
Garden's chefs to serve what they're having
for dinner. Fresh asian vegetables stir fried
with the simplest of ingredients - all without
a liberal dousing of corn starch laden sauces!
Over the years several Chinese families have
come here from San Francisco to run the joint.
All ultimately becoming valued friends who
truly appreciate that we appreciate them!

Thai one on
Several years ago a young lady started "Try My
Thai" which dishes out fabulous food from a
roving truck. Almost immediately her food was
a huge success. So much so that even now she
invariably sells out before the lunch crowd has
ordered. Which created another opportunity for
a Thai Restaurant - Somjai Thai. Having moved
from Thailand, the owner is not only charming
but is also a damned good cook. Now it's easy
to curry our favor on a regular basis. So much
so that post every meal we have at her eatery -
we literally thank God that she is here. Hence
nowadays, we rarely go hungry. And then som! 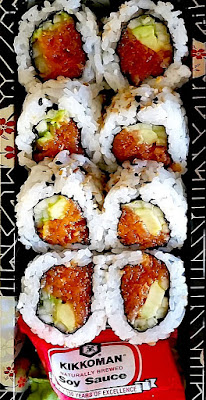 Raw deal
Until recently the only option we lacked was
Japanese . Post a major renovation our local
grocer opened a sushi counter. Immediately
we were skeptical. First because we wondered
if any of the locals - mostly ranchers and native
Montanans would ingest raw fish. Second, we
ate some the worst take out sushi ever from
the Whole at Columbus Circle in Manhattan.
Fortunately for all of us - not only is the sushi
at Albertsons great - it's incredibly popular.
Thus we never worry about lapsed expiration
dates. That's because as soon as it's made it
flies out of the door. Albertsons is on a roll! 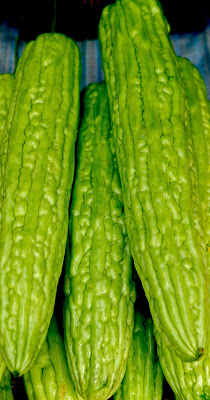 Bitter harvest
Years ago we transported suitcases of bitter
melon and other asian vegetables home. Now
we can buy just about everything we need at
our grocery store. Even if what the gentlemen
who tend the produce department say is true -
and nobody buys it but us! I'll admit that my
attempts to cook like an iron chef are fair at
best. But still we're thrilled to be able enjoy
most of the things we love from the far east.
All of which proves that obviously there are
plenty of kindred spirits on the local front.
Hence now whether north, south, east, west
Asian cuisine is the best! Dim sum anybody?
Posted by montanaroue at 4:00 AM