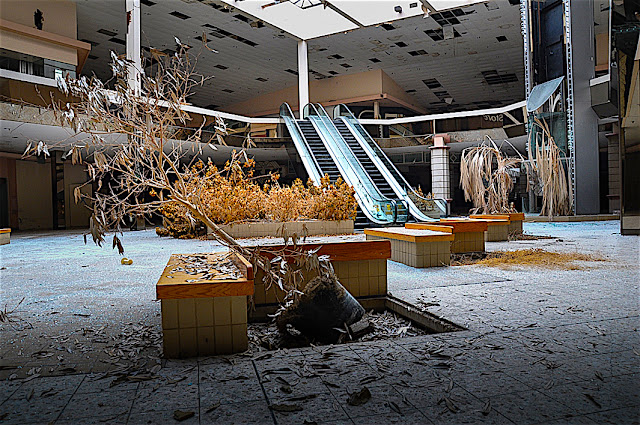 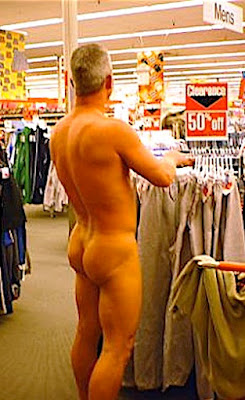 Much ado about nothing
Just the other morning I read a headline
in the business press asking "Why aren't
Americans buying?" It's author rattled
off a plethora of statistics demonstrating
how great the U.S. economy is. The fact
is things haven't been as good since right
before the crash of 2008. Thus we the
people are on a theoretical upswing with
every reason to spend. However...  for the
first quarter of 2016, shoppers have been
staying away from the mall. Apparently
they're most definitely NOT into fashion
given apparel sales are beyond abysmal. 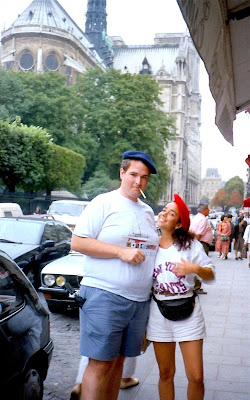 Wear is everyone?
So what is really going on? Based on
my experience we're all at the airport.
Several major airlines reported obscene
profits last quarter. Thus the threat of
terrorism aside, it's obvious that those
who can have hit the road. Lisbon is
in theory not a major tourist attraction.
Therefore we assumed we'd be among
the minority of visitors. Instead little
could be further than the truth. This
city is packed with tourists from all
around the globe. Just ask the couple
from Colorado who we met last night! 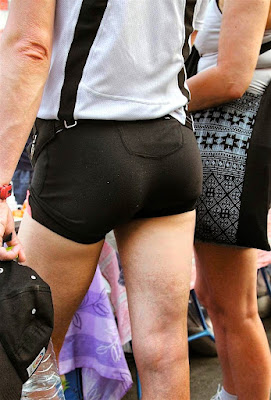 Ugly Americans
What are said world travelers wearing?
Honestly Frank and I are appalled at
the touristic togs we see everywhere.
Apparently sightseeing must have been
officially designated a sport given just
about everyone is wearing Activewear.
Given they're obviously on vacation,
many see no need to adhere to standard
clothing guidelines. Hence everyone is
out and about in easy care, drip dry,
"breathable" yoga pants, bike shorts,
tanks, and tees. With requisite Nikes
New Balances, or Tivas on their feet. 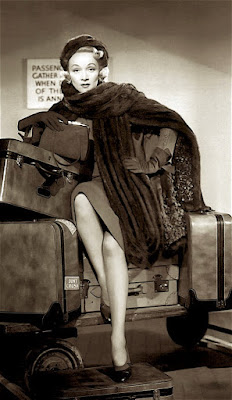 The rat pack
Meanwhile there are at least two of us who
are dressed for the occasion. Out and about
in our sport coats and Italian shoes in a sea
of spandex. In truth it's but a feeble attempt
to differentiate ourselves from our fellow
travelers. However I digress. In the days of
yore one crossed the pond with a requisite
mound of steamer trunks. Whereas today
most tourists prefer to carry and wear as
little as possible. All of which explains why
we two stand apart from the rest. And why
most fashion retailer's clearance racks are
packed with togs that few want nor need. 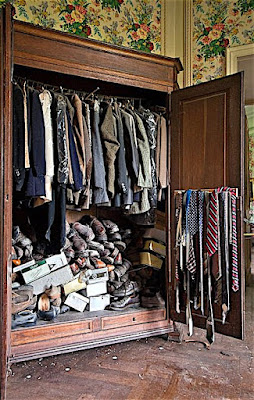 Out of fashion
However I think the cause of our retail
woes go much deeper than a collective
shift toward casual. Most of us are still
shell shocked from the residual impact
of the 2008 downturn. Causing many to
be perfectly happy with what we've got.
That's due to the residual effect of post
recession stress syndrome. In those dark
days, many lost their jobs only to be left
sitting in McMansions whose walk-in
closets were filled with designer duds
that we had no use for. Leaving many
to ask themselves "Is that all there is?!" 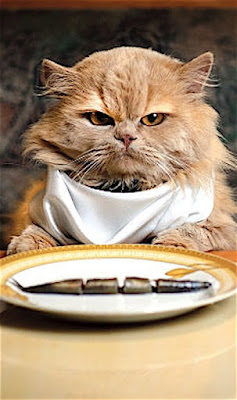 Fed up
Most have decided that experiences are
the best investment. Doling out our hard
earned cash for frocks isn't as thrilling
as going some place we've never been
before. Paying one's bills while saving
for the future is much more satisfying
than downing a $500 bottle of Bordeaux.
We Baby Boomers are now refocused on
decluttering and downsizing. Our kids
are cautiously investing in what's best for
them and their offspring. Therefore few
if any are shopping. You see, we've got
more important things to see and do! 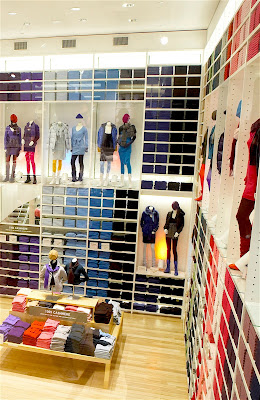 Less is more
As a retail executive, I'm challenged by
all of the above. However as a human
being I totally "get it." One has only to
peruse my suitcase to see that a seismic
shift has occurred. More that three
quarters of my packed togs hail from
Uniqlo. I adore these affordable high
performance basics. So much so that
two of the four sport coats that I packed
are also from the same brand. The other
pricier duo were purchased on e-bay for
a fraction of their original ticket price.
Proof that even I've gone on the cheap. 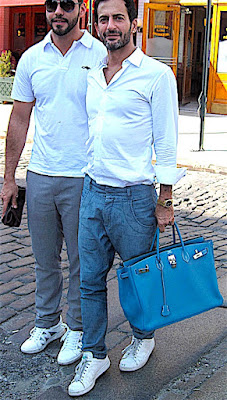 Old bags
Don't assume that means I look like a slob.
I brought along two Hermes belts, a half a
dozen Hermes scarves, several pairs of my
pricey Italian shoes, and dragged along the
Birkin and a Gucci carryon. Therefore to
all appearances I've spent a fortune. Yet the
difference is that now I only invest where
it's necessary in order to spend my money
elsewhere. Hence my days of $300 designer
tees are long gone. There's still plenty of
opportunities to sell me something. Times
have simply changed. For the better or for
the worse depending on one's perspective!
Posted by montanaroue at 4:00 AM