CAN YOU DIG IT? 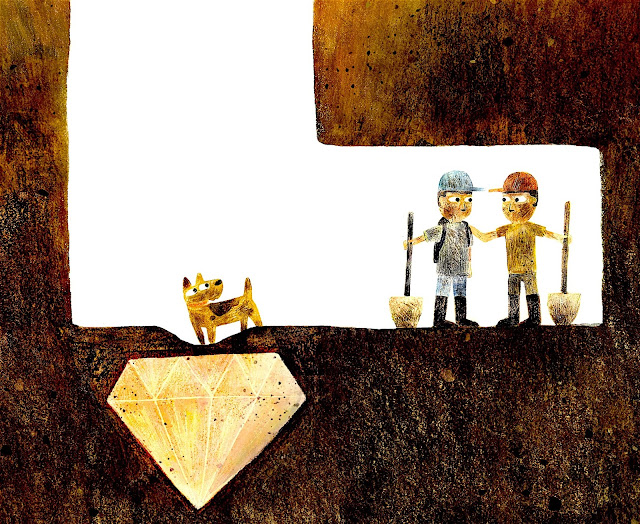 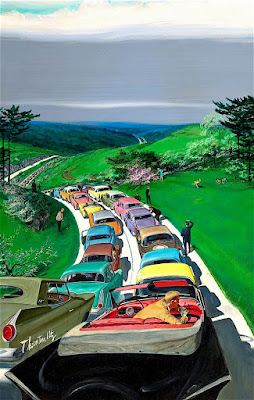 Seasonal diversion
For most of my adult life I've considered
spring to be a harbinger of more than just
warmer temperatures. Rather it's the time
when our lives are under construction.
Said seasonal detour is not only dirty,
dusty, and inconvenient. At times it can
be dangerous. Here in rural Lewistown,
the roads in and out of town from almost
every direction are in the midst of being
sliced and diced. Meaning that depending
on whether one is coming or going, one's
chances of a fast trip are nil due to all too
frequent delays, detours, and destruction. 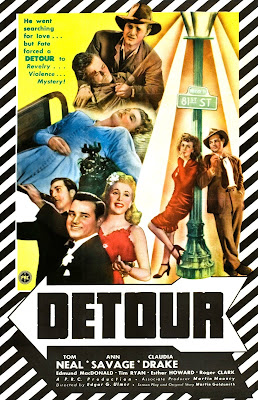 Road less traveled
Of course our challenges are nothing
compared to bigger burgs. Recently
a major highway between Seattle and
Portland was shut down for repairs.
Given over ninety thousand people
trod said macadam strip, the resulting
delays have been horrific. Thus while
at times one may have to sit and wait
up to fifteen minutes for a pilot car
here in Lewistown, it could be much
worse. That said, when in the midst of
said mess it's hard to remember that
ultimately this is all worth the bother. 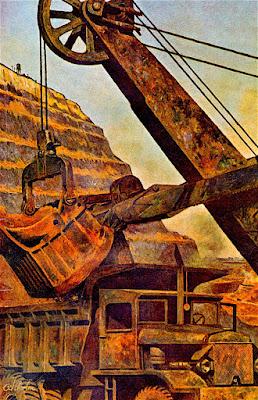 Pit stop
Back at home we're deep into our third
year of construction, one would think
we were more than "done" here at the
Passion Pit. However this year we're
finally seeing light at the end of our
self imposed tunnel. Yesterday several
large pieces of machinery descended
upon our back yard. After several hours
and multiple loads of concrete debris,
we finally have an even playing field.
While the best laid plans of men almost
always seem feasible on paper, change
is a necessary evil during such a process. 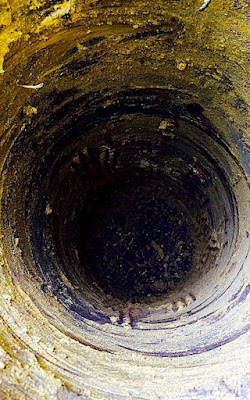 The hole truth
When we bought the house there was
a large and ugly pad in the backyard
missing it's former garage. Frankly we
assumed we had no choice but to deal
with it. So our plans included utilizing
that space as a raised bed garden. But
yesterday, once they started digging,
we quickly decided to rip the entire
thing out. The end result was beyond
transformative. Suddenly our yard was
twice the size. All more than proof that
when in the midst of construction, one
must be open to constructive criticism. 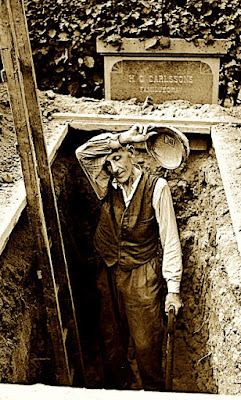 Deep and wide
At times one must dig deep to reveal the
truth. In our case said process uncovered
a plethora of lines and cables. All sitting
exactly where we wanted to build a new
wall. Meaning that not only did the earth
have to move but also our gas line. Hence
as fate would have it - what should have
cost "A" ended up costing "Z." And while
I'm not thrilled with having to dig out my
wallet, the end result will be well worth
the added investment. Given the end is
finally in sight, better to do it rather than
change our minds port mortem. 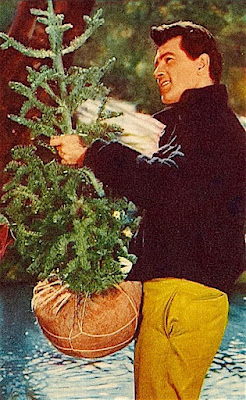 Money tree
Now that we're getting dirty, it's time to
plan our landscaping. Having never had
a green thumb, I rely on experts to help
plant our garden. Today Frank and our
dear visitor "T" went to the nursery to
plan our green space. We all zoned out
as we selected flora that is hardy enough
to survive our fauna (deer) and sub zero
winter temperatures. Like most control
freaks I tried to hand over the reins to
my nearest and dearest. Yet in the end
I couldn't resist participating The result
being I dug a major hole for myself! 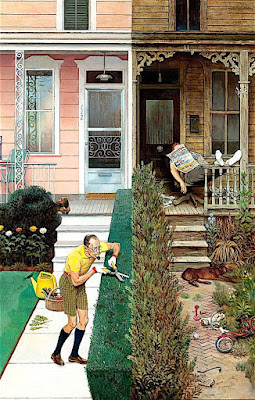 There goes the neighborhood
All of the above obviously requires one
possess deep pockets. Most long term
investments cost much more than was
expected yet the future outcome merits
whatever hits one above and below the
line. Sadly it seems that many of my
fellow residents either lack the cash,
energy, or resolve to improve their (and
my) outlook. Here's hoping that all of
our home improvements will inspire
more of the same. Even the slightest
ripple effect will bring us all to better
place. The best is yet to come. Dig it?
Posted by montanaroue at 4:00 AM