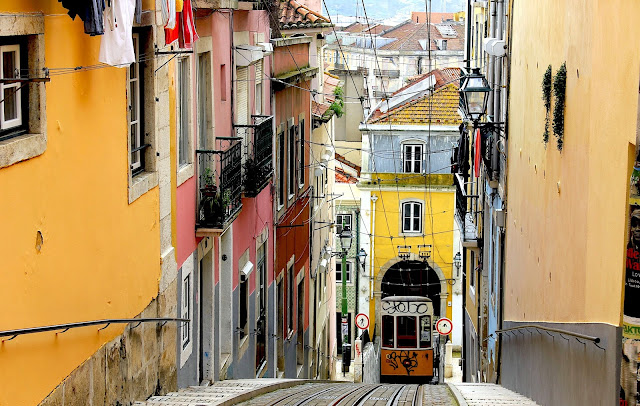 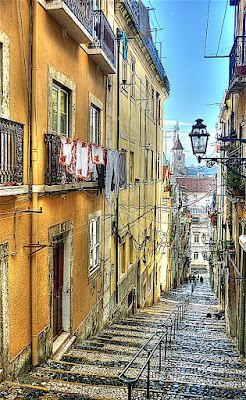 Climb every mountain
As of today we've been on the road for
almost a week. Since arriving in Lisbon
we've literally walked our asses (well at
least my fat one) off. This place reminds
us of San Francisco in that it is a city of
hills, street cars, and funiculars. Hence
we've been hitting both highs and lows
on a daily basis as we see the sights. It's
more than an uphill battle but at least
I'm fairly certain I've lost a few pounds
and several inches. Therefore I'm loving
living in the geographic equivalent of
a stair master. And the views are divine. 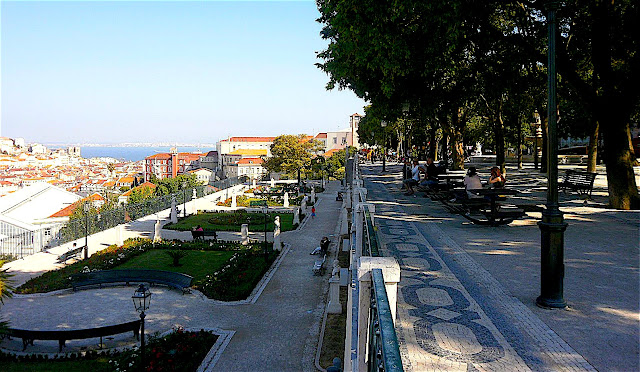 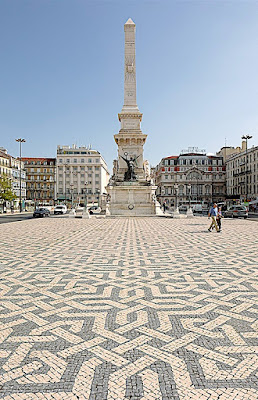 Room with a view
Talking of the view - everywhere you go
in this beautiful city one discovers scenic
outlooks. Said parks and promenades are
strategically placed to provide the public
with a vantage point of the city at large.
Above in the Principe Real sits a double
tiered multi fountained beauty perilously
perched on the edge. Below lies the core
of Lisbon - the Baixa. The city's broadest
stretch of flat land, it's historically been
the commercial core. However now it's
a bit beleaguered. This was also the spot
where a tsunami in 1755 hit the hardest. 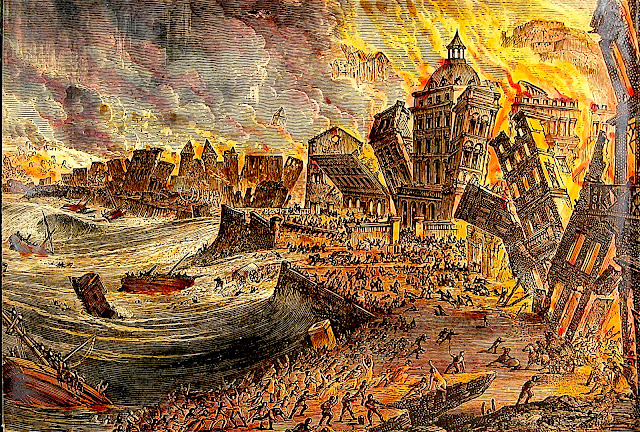 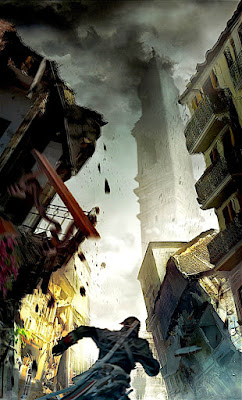 On a roll
On November 1st, 1755, while residents
were attending All Saints Day mass, an
over nine on Richter scale earthquake
shook this city to it's core. Causing the
cook fires and candles disturbed by said
shake, rattle, and roll to ignite whatever
was left standing. Normally water is the
perfect foil to fire. However the tsunami
that rolled in shortly thereafter obliterated
everything in it's way. In the end at least
fifty thousand were left dead. Obviously
that was long ago however one can't help
but worry about any bumps in the night. 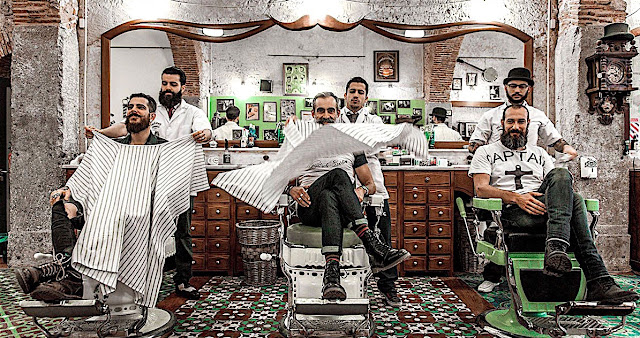 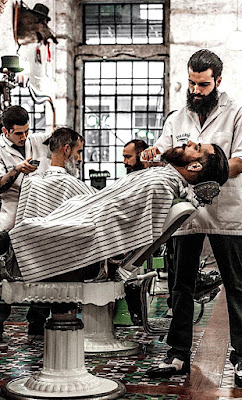 Close shave
To date few Portuguese men have yet to
make my earth move. In cities such as
Rome the male species is quite a sight
to behold. However overall the men of
Lisbon are a rather ordinary lot. Having
said that, it's a bit of a hairy situation here
given many of the young gentlemen sport
precisely trimmed beards and coifs. All
about the city one finds elaborate barber
shops. Much more than hair huts, these
palaces offer pomp and circumstance
along with a trim. Neither Frank nor I
stepped into one but... you never know! 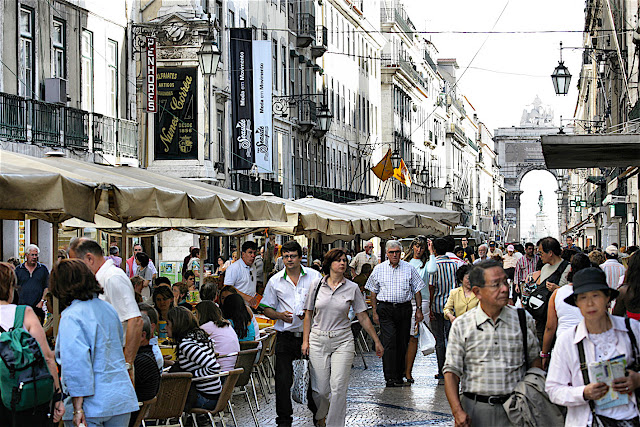 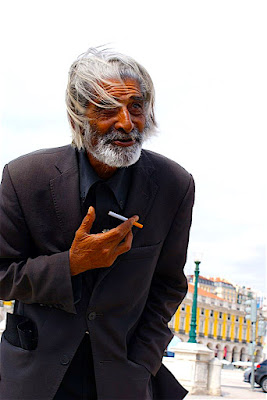 Up in smoke
We've yet to take a walk on the wild
side. Many tour books may warn of
crime however we've felt totally at
ease. Obviously we avoid the visitor
venues that are filled with bad food,
souvenirs, mimes, and the like. Yet
at times we've unintentionally trod
in some tourist's Tivas. Thereupon
almost immediately Frank has been
approached by somebody offering
to sell him pot. Talk about the wrong
man at the wrong time in the wrong
place! Just what were you smoking? 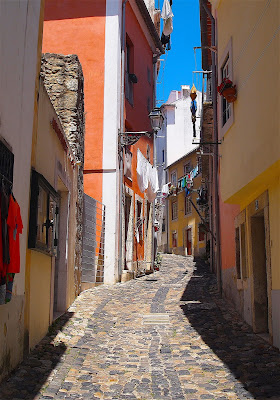 Step lively
Pounding the Portuguese pavement
is beyond challenging here in Lisbon.
All of the sidewalks and streets have
been cobbled together out of small
pieces of stone. Depending on the
neighborhood they can be either a
symphony of pattern or a booby trap.
Add steep inclines and many's the
time that we've slip slided away
down to our Italian soles. One can't
help but think about all of our rules
and regulations back home. The
ADA would shut this joint down!
Posted by montanaroue at 4:00 AM