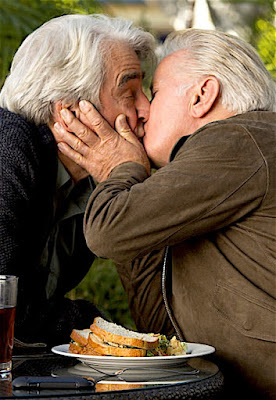 Twice as nice
We're watching the new season of
Grace and Frankie on Netflix. Said
saga is about two couples in a state
of transition. Two spouses decide
to divorce their spouses in order to
marry each other. If thats confusing
it's all the more complicated given
the newlyweds are men. To some
that comes as a shock. However to
guys like us the idea of middle aged
men coming to grips with their true
selves is to be expected. And while
never easy, more than necessary. 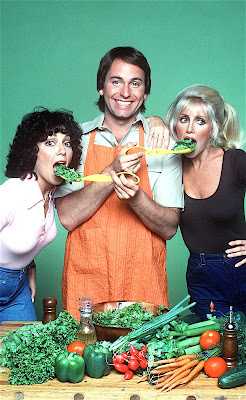 Three's company
One year ago we watched the first season
while my bestie "T" was visiting. Now
she's back in Lewistown and once again
we're huddled in front of the television on
a nightly basis. However we really don't
need the boob tube to be entertained. We
three are more than capable of staging our
own sitcom or reality show any night in
the comfort of our own home. You see,
life often imitates art. And in our case
the synergy of our trio is often beyond
belief. We simply enjoy the pleasure of
each other's company. Imagine that! 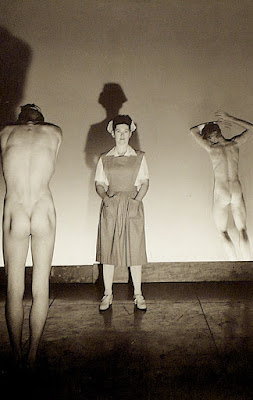 Misery loves company
Since "T's" arrival our home has been
the equivalent of a nursing facility. All
three of us have been ill with a cold/flu
that simply won't go away. Fortunately
we're on such good terms that it's quite
easy to be sick and tired with each other.
The fact is we get along perfectly and
somehow are able to survive illness en
masse. Thus for a week we've all been
sharing our share of sympathy, tissues,
soup, Mucinex, and Manhattans. All
proof that love is the perfect cure for
what ails you. Now how sick is that? 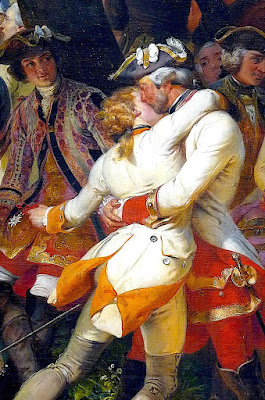 History lesson
Each night post viewing Grace and
Frankie we rehash the details. At
times "T" finds the underlying gay
context maudlin. A recent episode
had one of the newlyweds longing
for an evening of Drag Queen Bingo.
While a tad stereotypical, the fact is
that any longterm latent homosexual
thinks they wants nothing more than
to be as "gay" as possible. When the
opportunity finally arises, they find
that loving men doesn't require one
wear a dress while playing with balls. 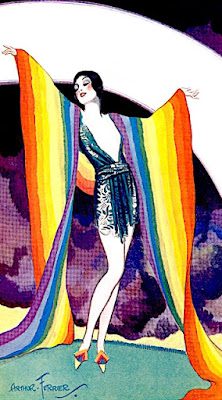 Rainbow bright
Many gentlemen within our generation
hid their true selves for most of their
lives. Hence once given the chance to
be open and honest, there's a natural
inclination to want to make up for time
lost. Given we're a limited minority, it's
easy to come out with a vengeance. Yet
what's past is past. Meaning that young
GLBT people are no longer hindered by
the stigma of being a closeted queer. So
they can be whatever or whoever they
choose to be. Rather than being a drag
many are now lumber jacks or jocks. 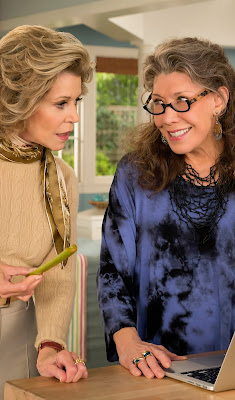 On with the show
Our world is still far from free and equal.
As indicated by the fact that many seem
terrified of a transgender individual using
their bathroom. Ignorance isn't bliss for
those negatively impacted by prejudice.
Therefore if for no other reasons a show
like Grace and Frankie is educational.
At this point two ex husbands being gay
isn't very surprising. What's entertaining
is watching two ladies adjusting to single
life in their early seventies. All of which
in the process challenges their pride and
prejudices. Old dogs can learn new tricks. 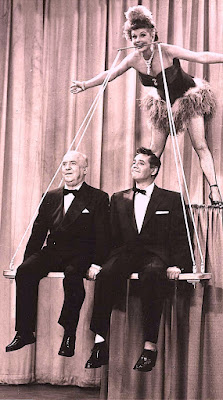 Triple play
Back here in Lewistown, gay is the way!
As in happy that is. The three musketeers
have decided that our shenanigans are the
stuff that dreams are made of. Like it or
not we see no need to do more than hang
out together. Hence beyond nursing our
sniffles we've stayed close to home since
"T" arrived. Along the way we've cooked,
cavorted, cried, and cocooned. All while
laughing about all of the silly things that
make each of us special. Together we've
found the perfect balance. Proving that
three is most certainly a charm!
Posted by montanaroue at 4:00 AM