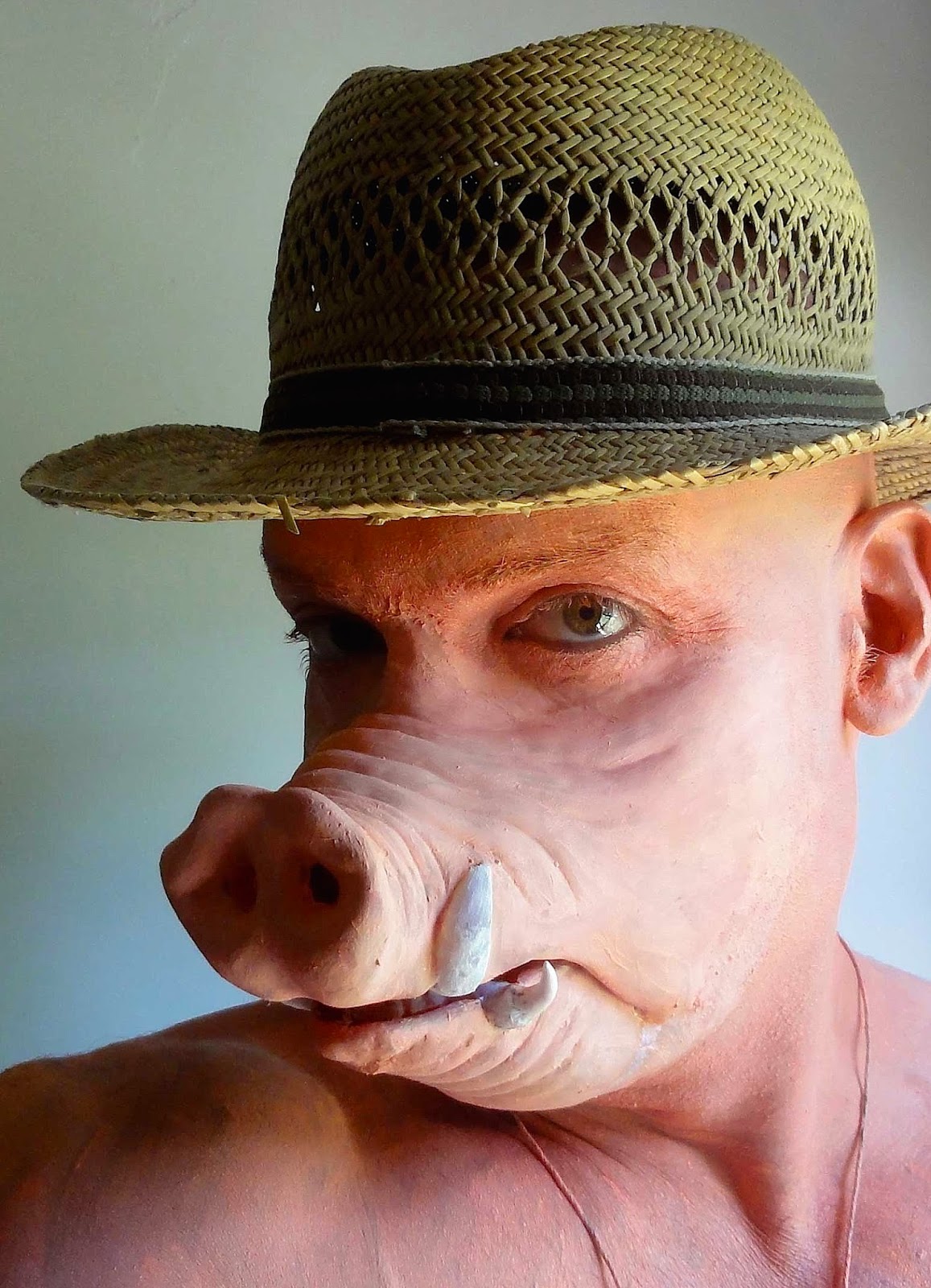 I ham what I ham
I've been known to occasionally
spout some wisdom. One of my
quips is "Men are pigs but I love
PORK." Yes - I had to kiss a few
frogs prior to finding my prince.
But that taught me that most men
are if nothing else, male. Hence
they're arrogant, self absorbed,
callous, and oblivious. Sadly
most allow an organ other than
their brain to do the thinking.
While I may be a man, trust me
girls... I've been there, done them! 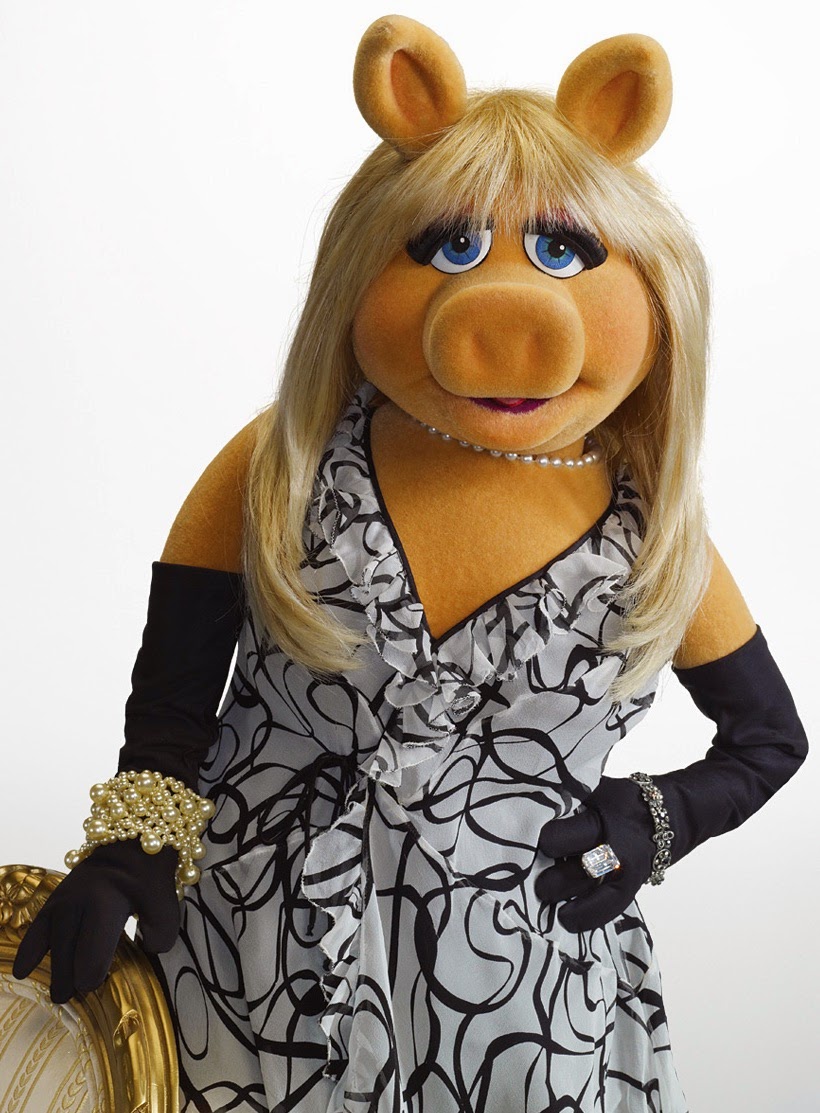 Pig headed
Human flesh aside I'll admit that
even more than other members of
my species - I never turn down a
chance to nibble on some pork.
Frankly, could there be anything
as fabulous? From bacon to chops
to ribs to loins to sausage - I can't
get enough of all things porcine.
Some things are too good to resist.
While pigging out may be against
some's religion, I'm fairly certain
that when nobody is looking they're
making pigs of themselves. OINK! 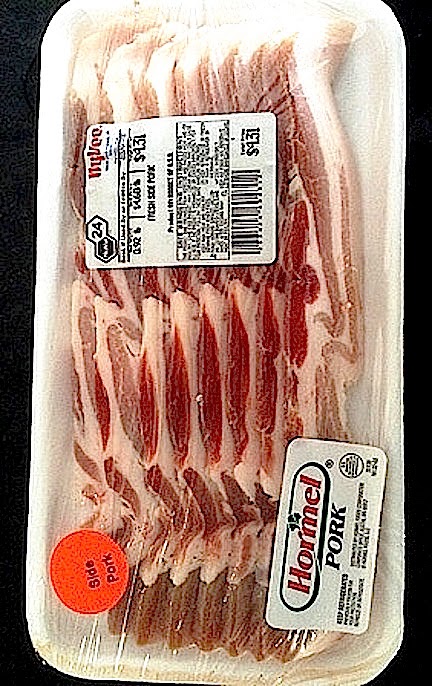 Side show
In Montana there is a local specialty
that I'd never seen prior. "Side Pork"
is uncured sliced pork belly. In other
words the raw stuff - untouched -
unsmoked. One simply fries it like
bacon and liberally douse it with
salt and pepper. Many of my eastern
friends initially protest the very idea
of eating such a piggish indulgence.
The smell alone can be off putting.
However after nibbling on a crisp
slice most become covert converts.
TALK ABOUT PORKING OUT! 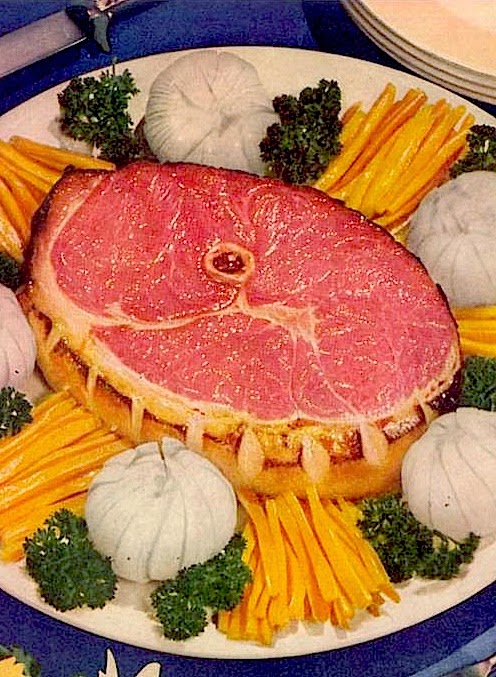 Bring home the bacon
With Easter looming I'll admit that
I'm fervently anticipating HAM.
My dearly departed Mother was
challenged in the culinary arts.
However like any good WASP -
Ethel could bake a good ham.
Every time my parents visited,
Mother arrived with an authentic
Virginia ham. Somehow it seemed
that said baked delight lasted eons.
For at least two weeks we ate ham
sandwiches, salad, croquettes, and
finally split pea soup! Recycling! 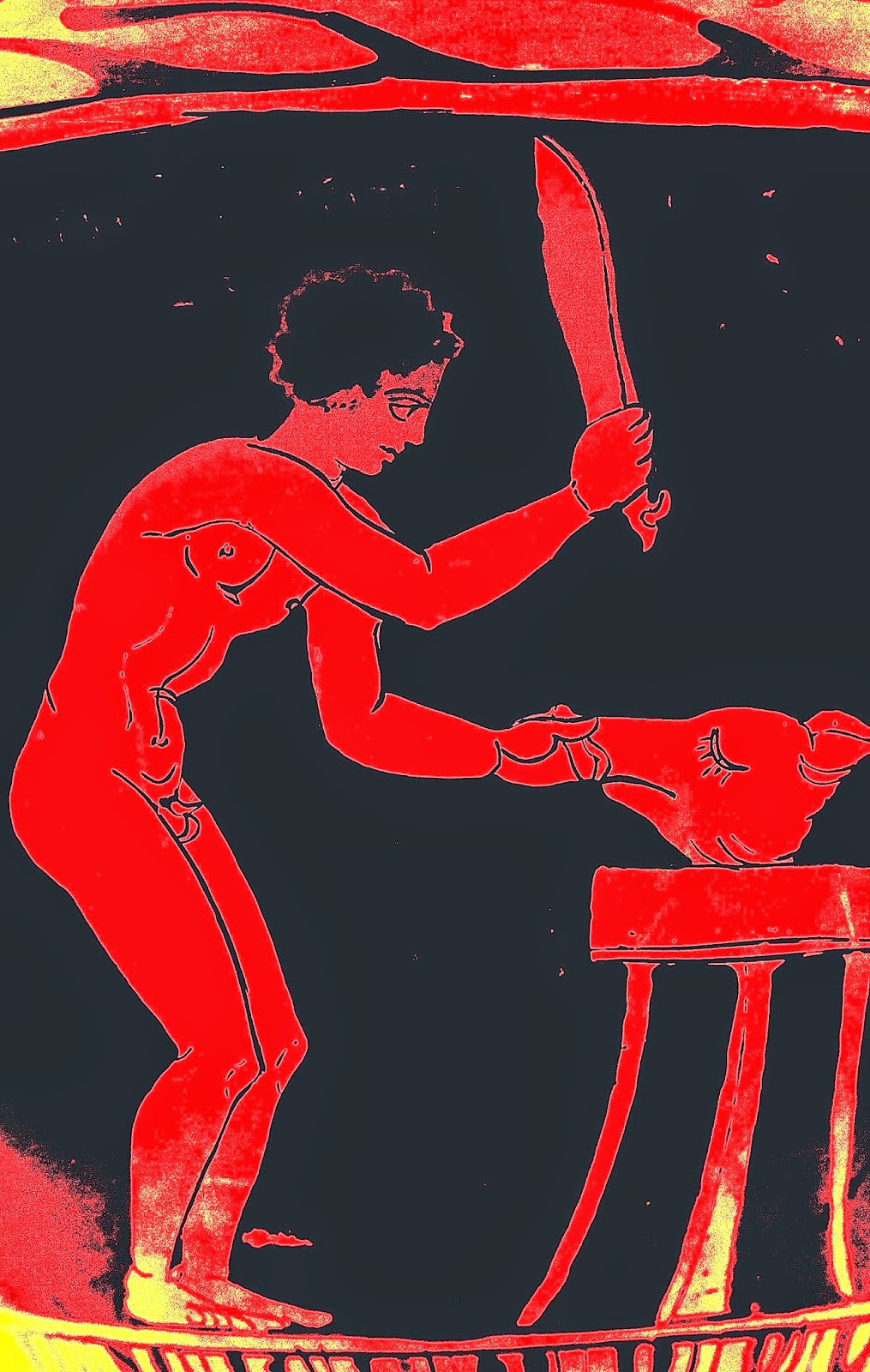 Gone but not forgotten
Years ago my Aunt Blanche's son Henry
moved to a farm in Kennebunk, Maine.
A Harvard graduate he loved the idea of
being a gentleman farmer - however he
didn't realize exactly what he was getting
himself into. Soon the barn was home to
two pigs. Shortly they became part of the
family. Every morning they greeted Hank
with celebratory snorts as came to feed
them. You see, they knew him as well as
he knew them. All was fine until it was
time to turn them both into bacon. Two
words... "NEVER AGAIN!" 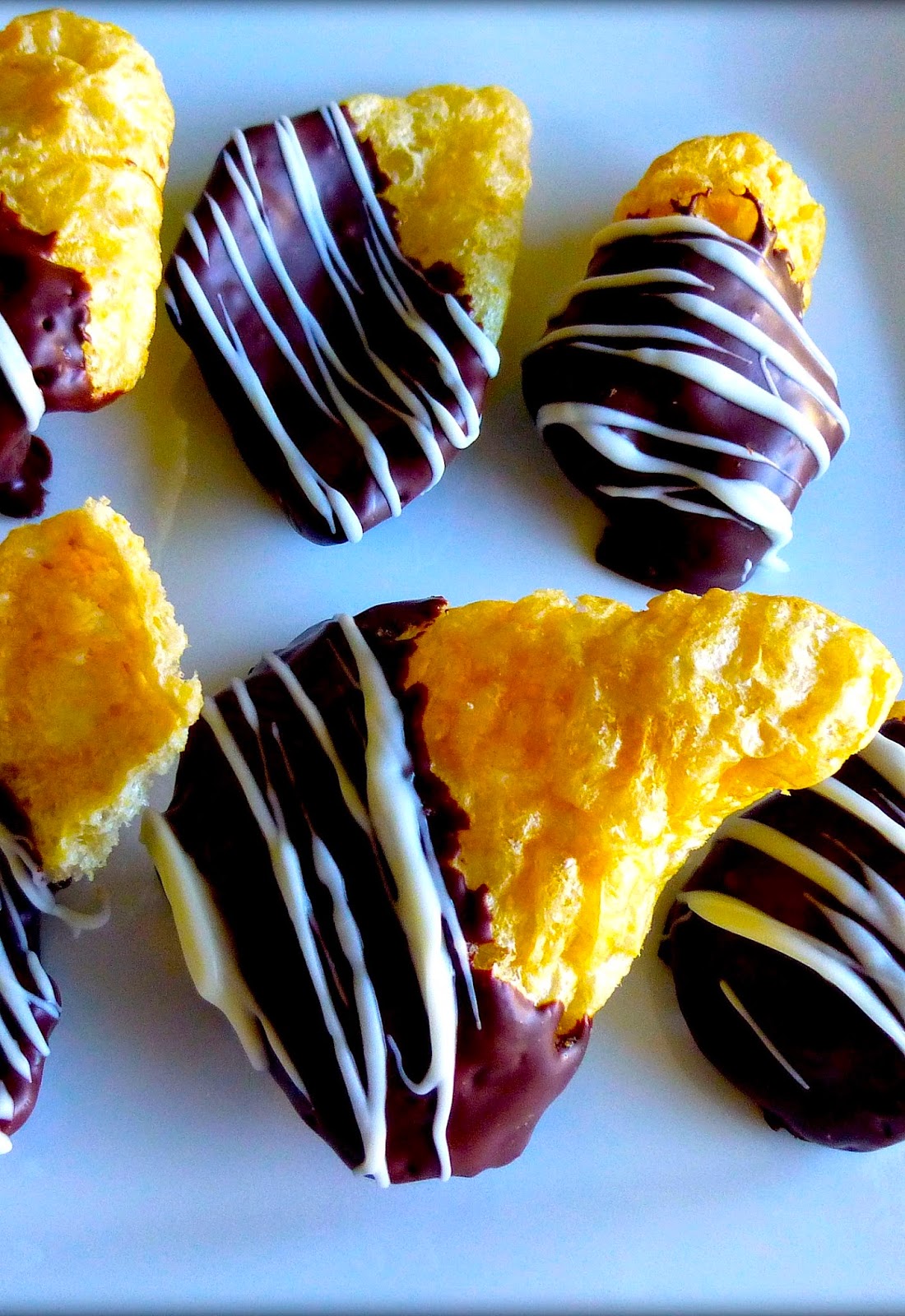 Double dipper
We all have secrets we'd rather not
share. My most sinful of gourmet
delights might better suit a double
wide rather than a penthouse. But
how can anyone turn down a bowl
filled with deep fried pork rinds?
The very idea of eating crackling
pig flesh may seem rather repulsive.
However trust me, there's little as
divine. And... if you really want
to be decadent... dip a piece of
Porky in sour cream onion dip.
You'll never be the same again! 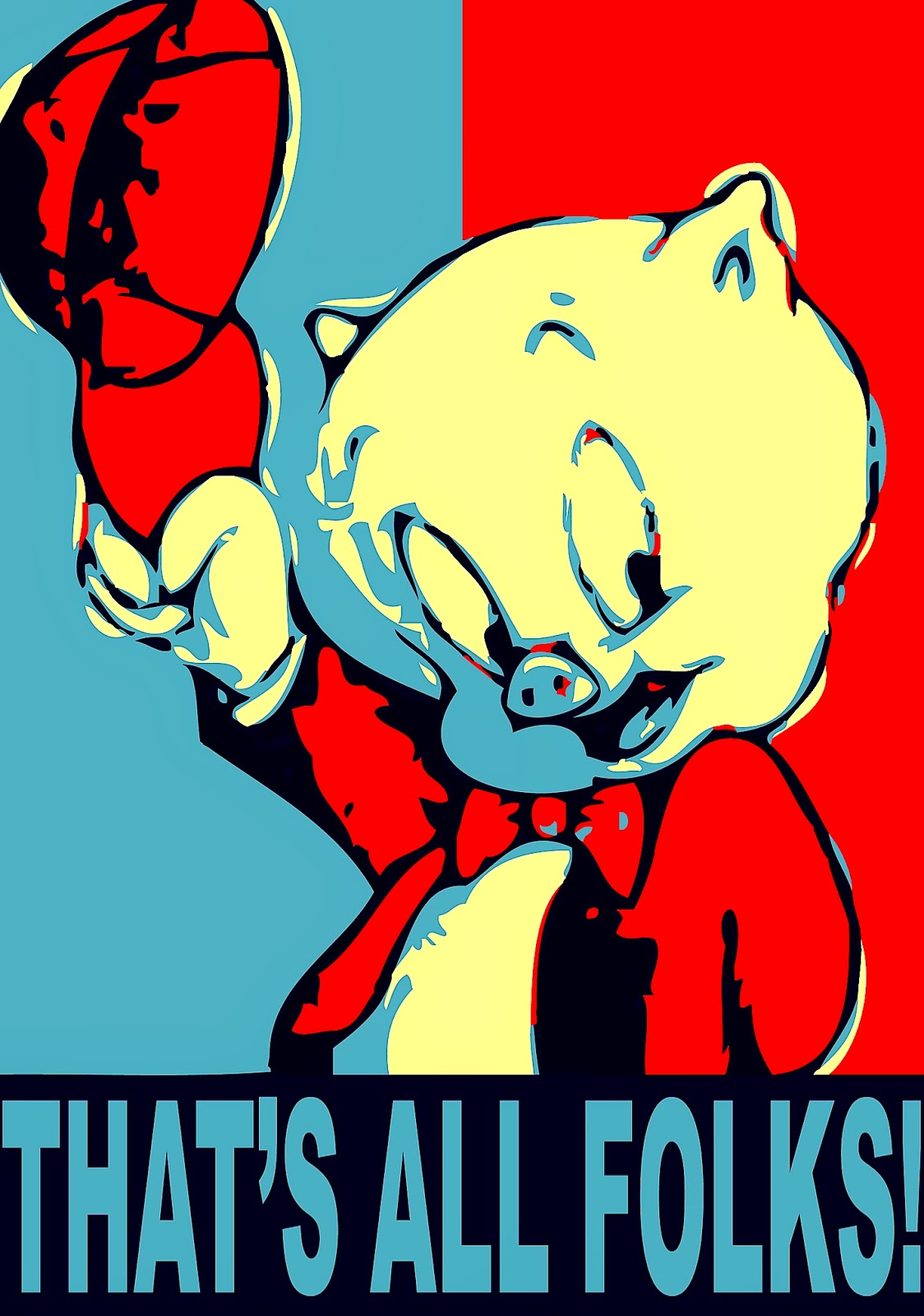 This little piggy...
I'm not alone. The other white meat
may be in the midst of a renaissance.
When I was a boy Brooklyn was
considered another country. Yet now
it's the home to any bon vivant who
hasn't migrated to Astoria (Queens).
Whatever borough one frequents
pork belly is on the menu. What
was once considered garbage is
now braised to heights of glory.
Have we become addicted to white
trash cuisine? Further proof that men
truly are pigs when it comes to pork!
Posted by montanaroue at 4:00 AM