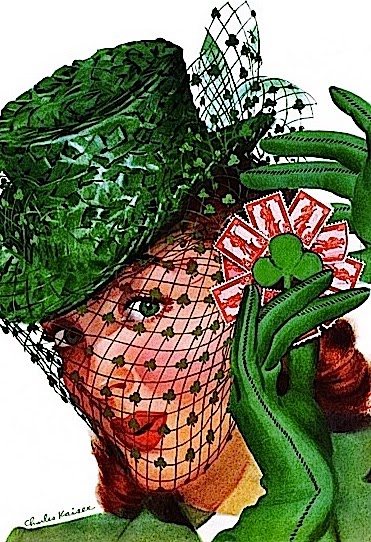 Green scene
Frankly I'm not sure how it happened.
But somehow I've become as Irish as
they come. For many reasons I spent
the day before Saint Patrick's totally
immersed in a sea of green. And one
thing is certain, I most certainly got
my Irish on with gusto! Given that
historically I've rather loathed the
holiday - one can't help but wonder
what has gotten my Eire up. Could it
be that beneath my beloved green
Barena blazer secretly beats the heart
of a gay leprechaun? BEGORRAH! 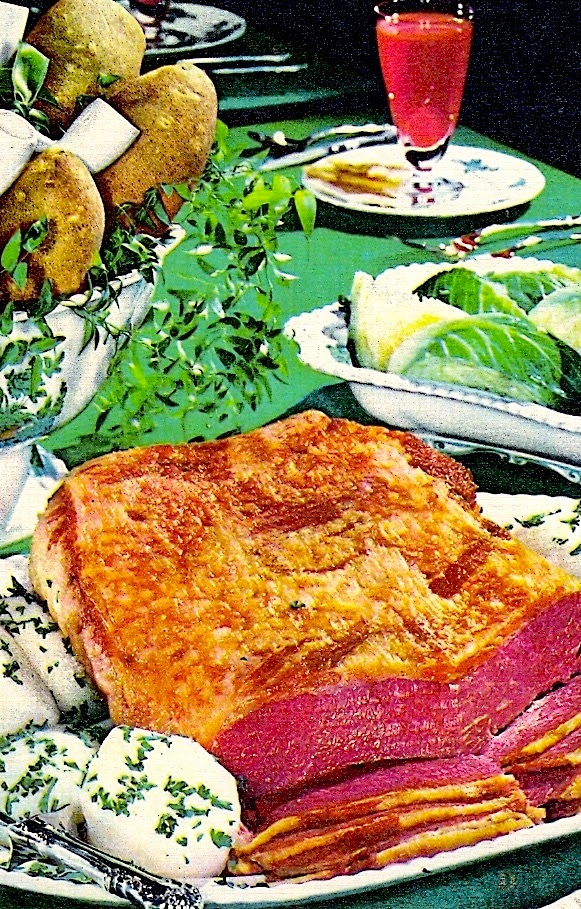 Where's the beef?
Part of my problem may be that this
errant elf absolutely adores corned beef.
One might assume said affection arises
from the annual celebration of said saint
casting out snakes. However growing up
we dined on a boiled slab at least once
a month. Along with devouring a corned
beef on rye weekly. In Manhattan my
predilection for corned beef is shared by
those of the Jewish faith. And as a deli
junkie I consider it one of God's greatest
creations after... pastrami.. kreplach...
kugel... and chicken soup. OY VEY! 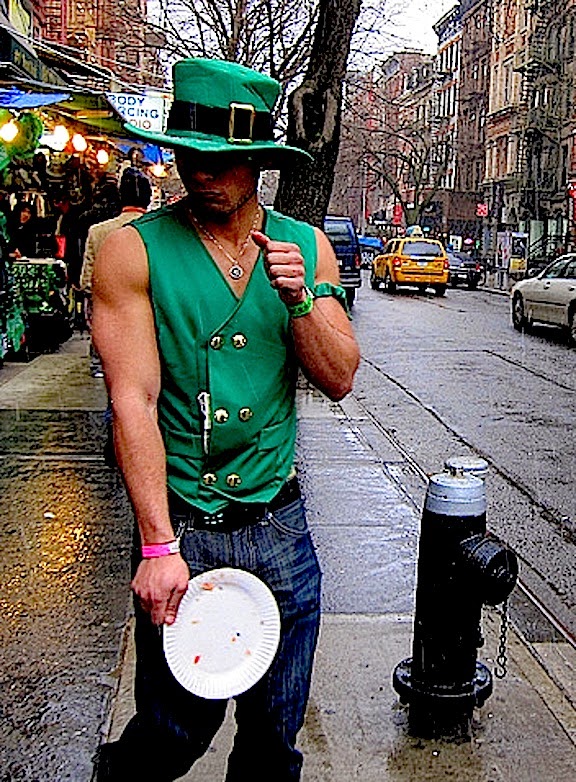 Green eyed monsters
Most residents of any urban center
tend to abhor this day. Manhattan's
streets are filled with teetering tots
from Teterboro. Little is quite as
distasteful as watching them vomit
into trash cans. Then again, their
green togs make me retch! If Saint
Patrick were alive today I'm certain
he would cast them out - not snakes!
Chicago dyes it's river green. I'm
convinced that's to camouflage all
that their revelers expectorate. Well,
it is enough to make one sick! 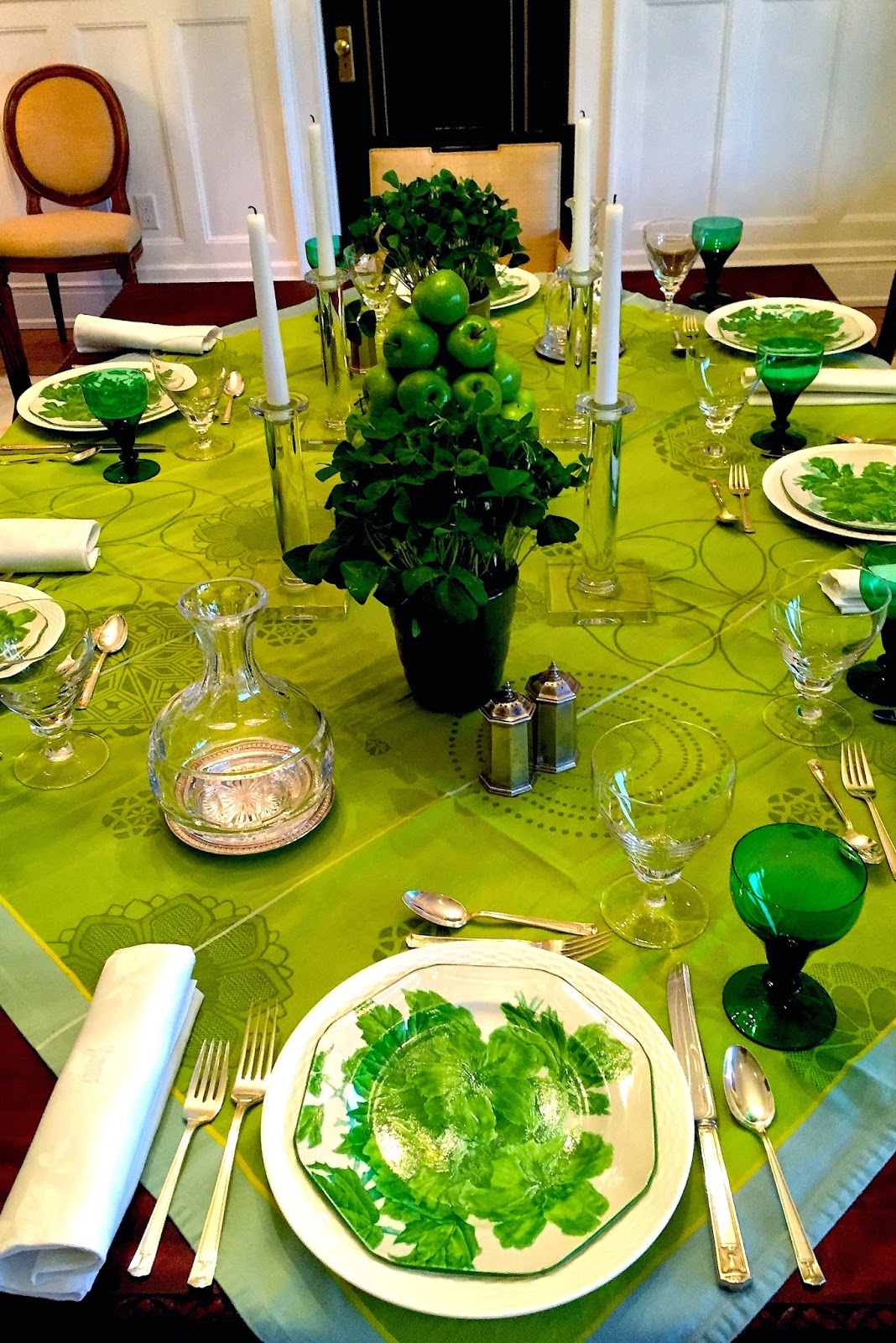 Something to celebrate
Yesterday was Frank's parent's sixty
ninth anniversary. Given Dad is one
hundred percent Czech whereas Mom
is ALL Italian, one might question my
menu and table theme (shown right).
However one of my favorite meals
that Mom used to prepare was corned
beef and cabbage hence our entree. In
addition, it's about time that I used
those amazing plates that Frank gave
me last Christmas. Last night we dined
on an Irish feast upon a sea of green.
And... it couldn't have been easier! Just add water
Who doesn't love a boiled dinner?
Literally all one does is boil the beef
then add potatoes, cabbage, carrots,
and celery. That's it. Add some Irish
Soda Bread (purchased at the grocer
I'm ashamed to admit) and chocolate
chip mint gelato pie. Who wouldn't
be green with envy over such a repast?!
Apparently many given it's rather hard
to find a corned beef in Montana any
other time of the year. Hence I stock
up and freeze several. You never know
when you need some comfort food... 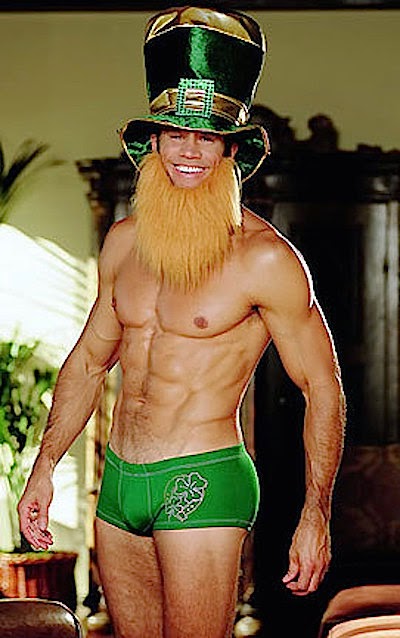 Before the parade passes by
I'll be glad when today is over. It's not that
I don't adore the Irish or green (but orange
is my favorite hue). As previously shared
Irish butter is a key part of our daily fare.
And I've also been known to appreciate
the random redhead or two. But that tale
has no place on such a sacred day. So
while there will be no green beer going
down my throat... I'll be certain to raise
a bourbon Manhattan or two in honor
of the fact that I'm NOT in Manhattan.
This year gays are allowed to join the
parade but I'll strut my stuff at home!