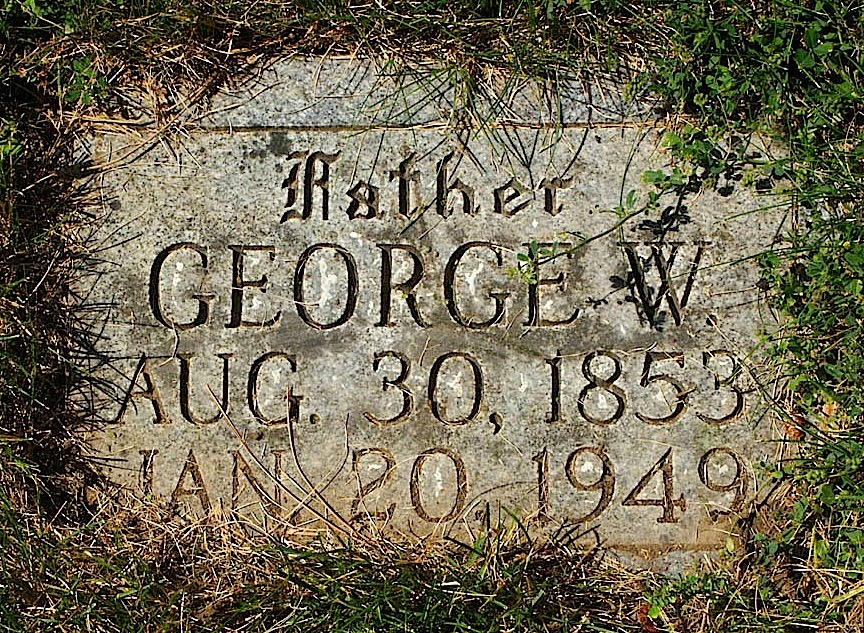 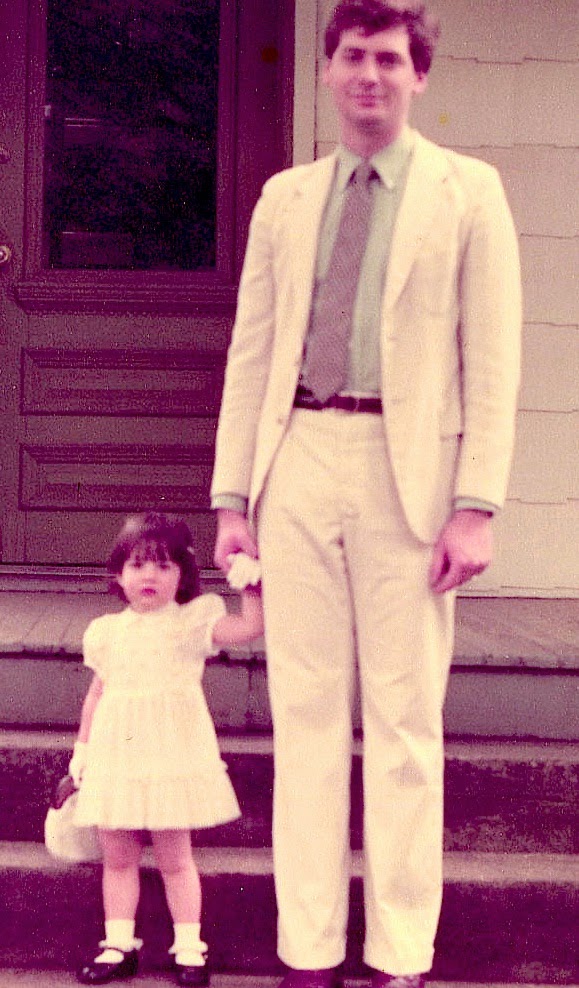 Time marches on
One can't help but feel rather ancient
when your children are in their thirties.
My oldest "E" is about to hit that mid
mark when even the young start to feel
old. Part of her present is a day at the
beauty salon. You see, even one's babes
ultimately go gray. Like it or not, we're
all part of one massive cycle, continuum,
or... cluster. Life goes on with or without
your participation. And before you know
it suddenly your babies have babies who
have babies. And most of your closet has
become "vintage." Time to recycle? 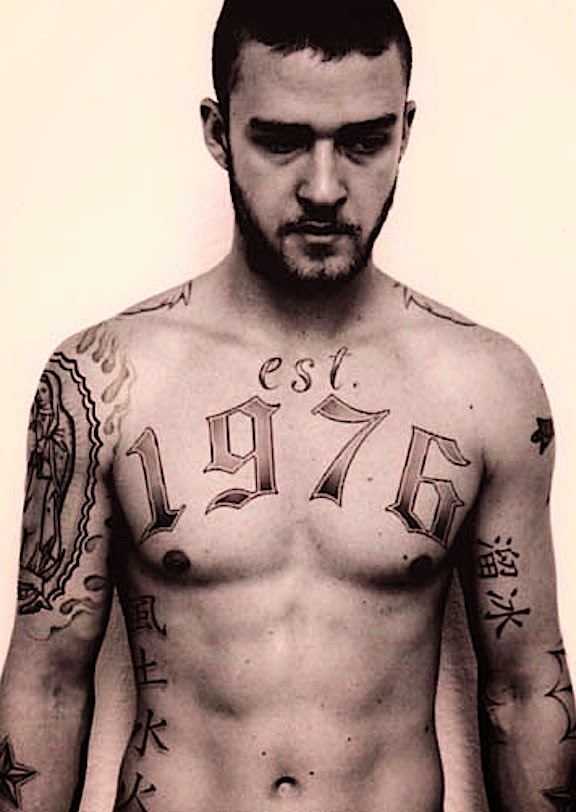 Best before...
My parent's lived far beyond their
life expectancy. Frank's father will
turn ninety seven in June while
Mom is fairly close behind him.
If one steps back to think of what
they've experienced during their
lifetimes, it's quite remarkable.
Technological marvels aside, what
changes most is our rather mortal
bodies. Slowly they fall apart. You
see, we all have an expiration date
stamped somewhere upon us. The
question is how long have you got? 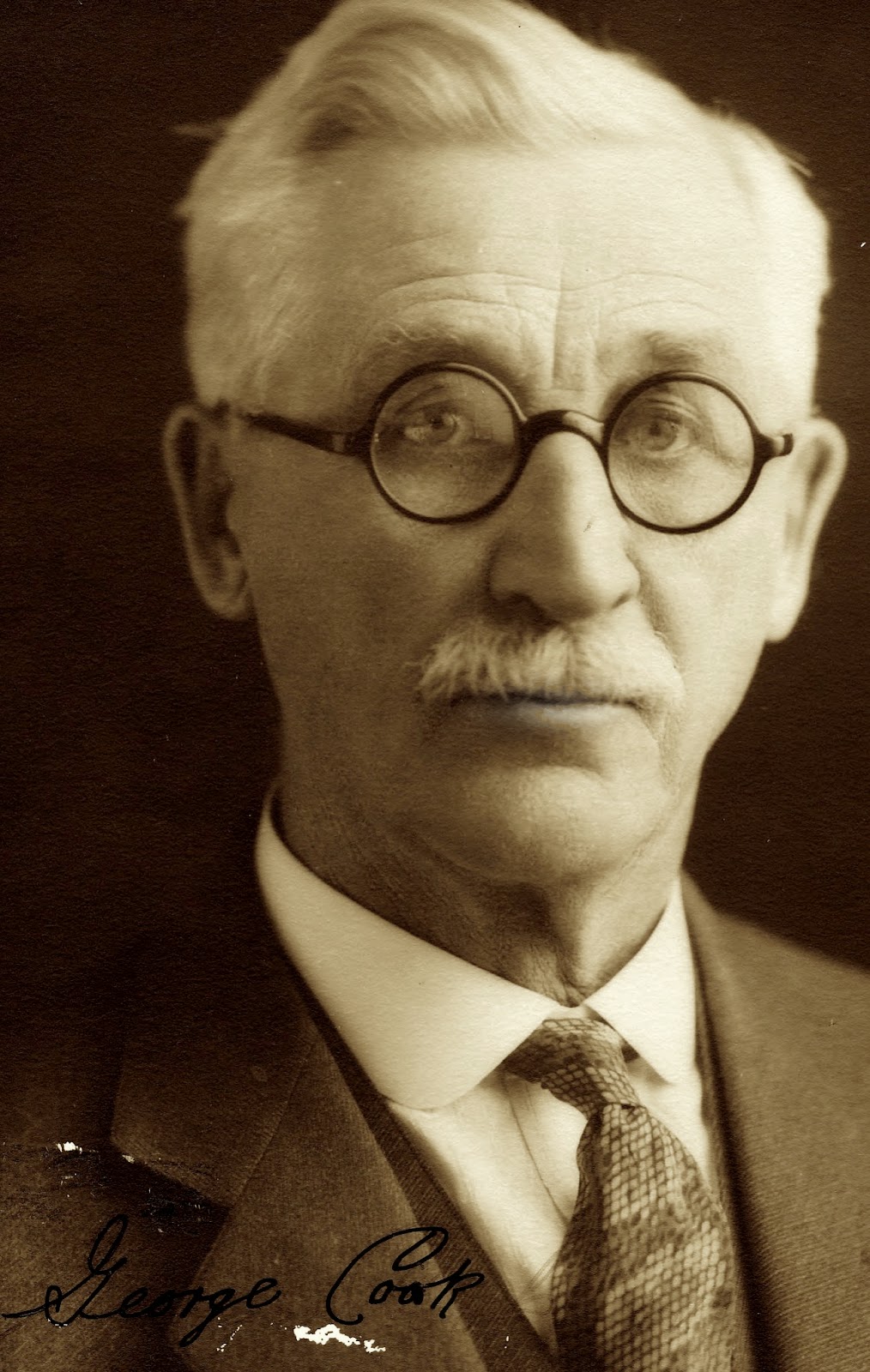 Once upon a time
I'm a history buff and therefore love to
delve deep into the past. What is most
saddening is the fact that soon after we
depart, most of us are forgotten. George
W. Cook built the Passion Pit. Wealthy
powerful, and respected, he stood out
in these parts. Yet sadly today - few if
anybody even knows of his existence.
Last week I sifted through the Library
of Congress' digital newspaper website
researching dear George. What I read
confirmed that he was once a rather
important guy. Key word - "ONCE". 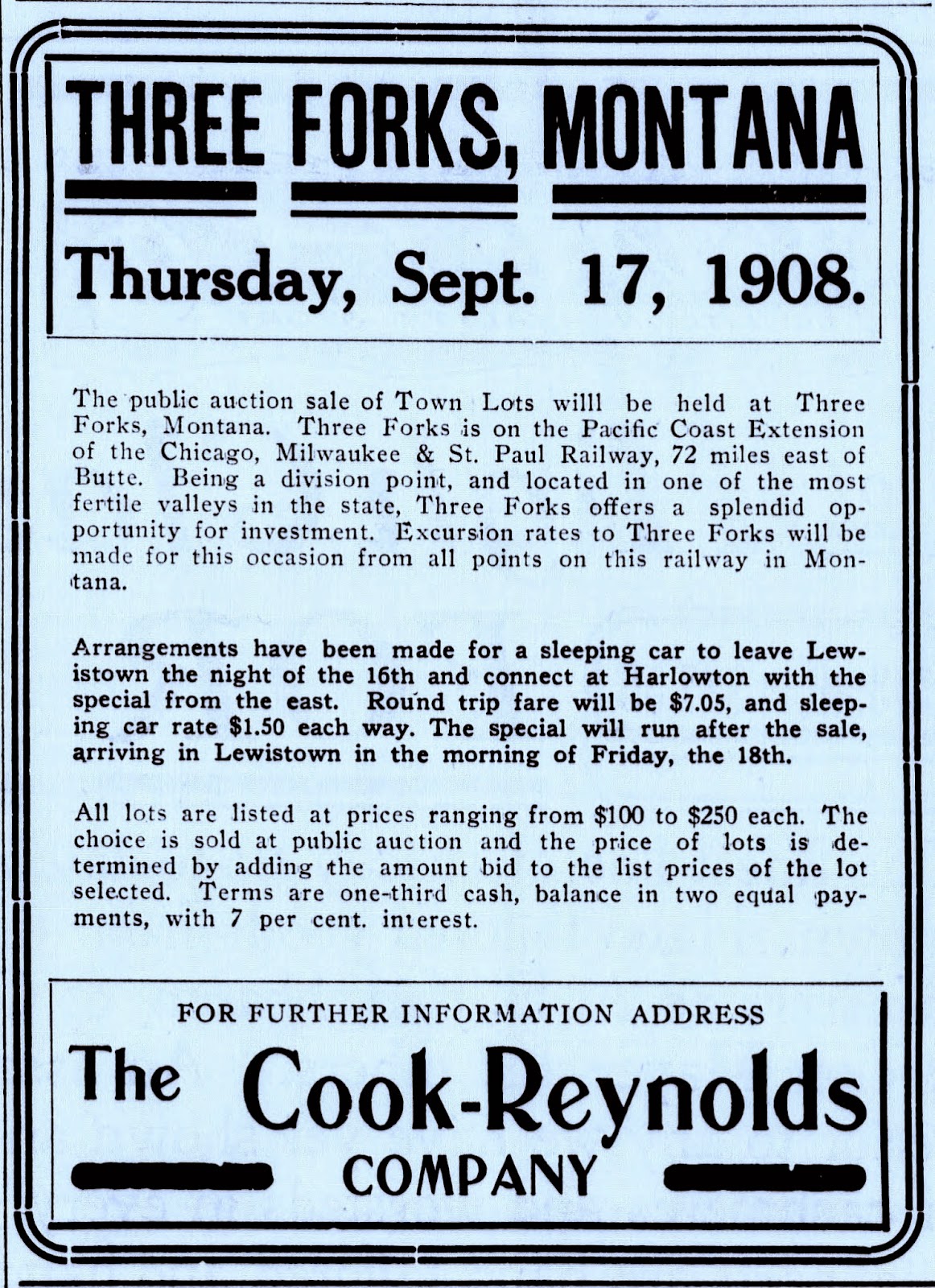 Renaissance man
In 1880 a twenty eight year old
school teacher from Vermont rode
up the Missouri River into what
can only be described as virgin
territory. Montana was a rough
and tumble place yet soon George
was a sheep rancher and moved to
Lewistown. Shortly thereafter he
became the mayor, land agent for
the county and railroad, a lawyer,
realtor and developer. Oh... and
he also managed to father and
raise nine healthy children. 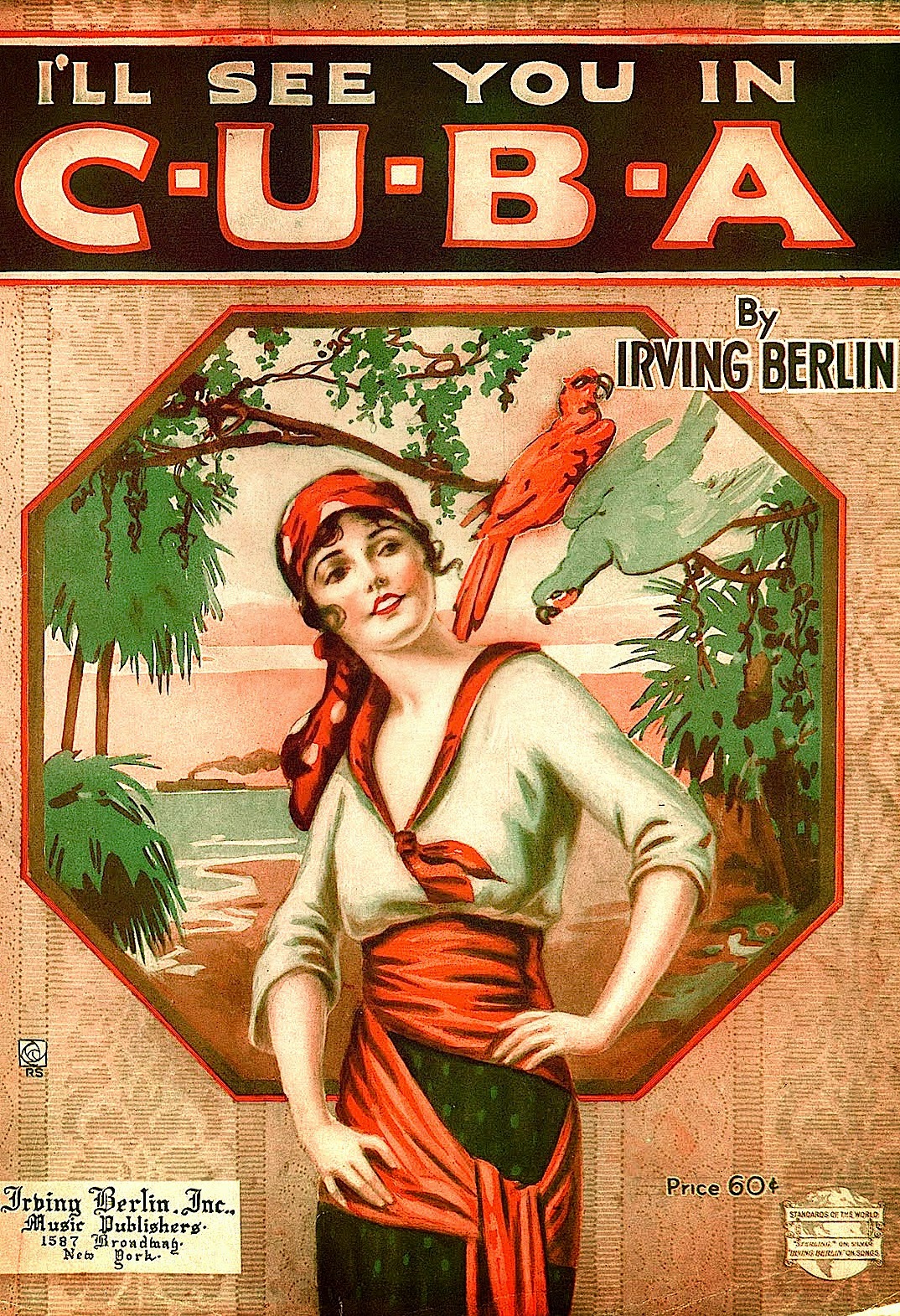 Well read
One reads that by 1906 G.W. was
shipping fifteen railroad cars of
"beeves" to Chicago. For the next
years local papers report Mr. Cook
buying and selling much of Fergus
County. We're not talking peanuts.
In 1910 his firm purchased 17,000
acres near Stanford for $500,000.
That equals twelve million today.
By 1916 George retired and spent
four months in Cuba. In 1922 he
was named the State Land Agent
and was a local checker champion. 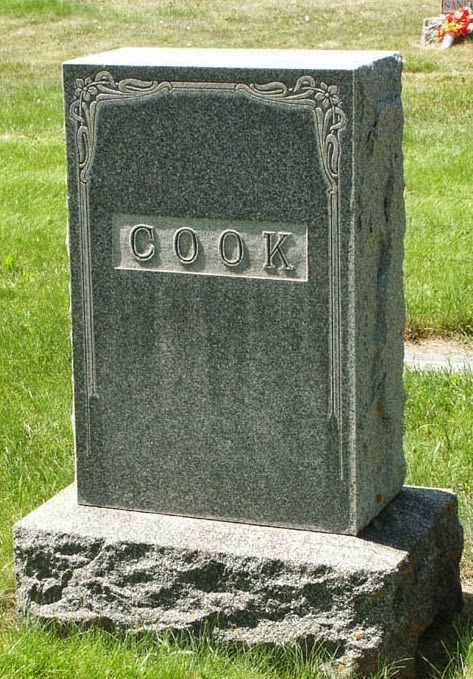 Who's who?
So how does a man who sired a slew,
was a local celebrity, and whose name
name was in the paper weekly end up
forgotten? It's only proof that few of
us will be remembered by anyone but
those who knew and loved us. Our
time here on earth is rather limited and
hence simply loving and being loved
may be more than enough of a legacy.
Whether it all ends when our bodies
finally give out is still up for question.
However for now I intend to make the
best of whatever time I've got left...