THE HEAT IS ON? 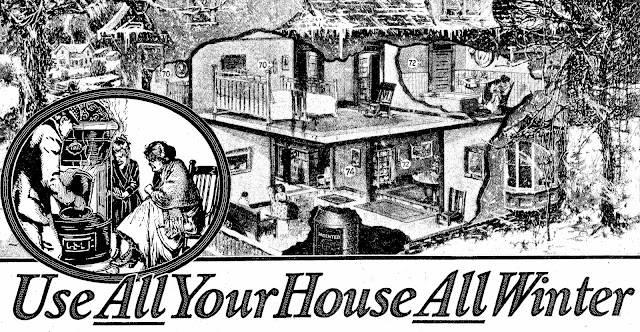 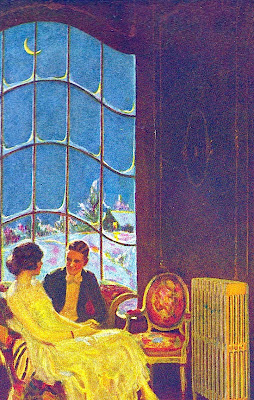 Deep freeze
As you may have read, most of our
country is experiencing quite a cold
snap - especially Central Montana!
Our lows have been well below zero
and highs barely above. Add several
inches of snow and one can't easily
deny that winter has descended. We
have lived in frigid zones for many
years - hence the cold isn't normally
an issue. The best way to stay warm
is to bundle out and cocoon in. But
your heating system must cooperate
or else you're left out IN the cold... 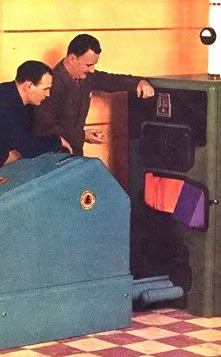 You're getting colder...
Like a new car, our renovated home still
requires the occasional tweak. As most
recently demonstrated by the fact that we
have been unable to raise the temperature
above sixty five degrees on the first floor.
Little is as disconcerting than sitting in a
beautifully furnished room that feels just
like your fridge. Given we installed a new
high efficiency furnace recently - why is
it that some rooms are warm while others
are cool? Something is wrong and must
be fixed and as men we should be able to
fix it ourselves. Yet we tried and failed! 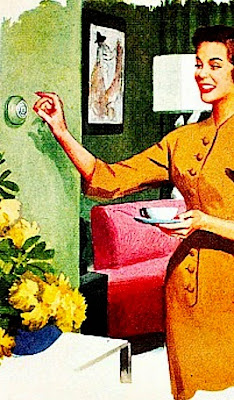 Please dial again
Initially we assumed it was our fancy
NEST thermostats. Neither of us are
techno geeks so we oh so carefully
read and then reread the instructions.
Then we reset, tweaked, readjusted,
each thermostat. Well... that wasn't it!
Next I poked cashmere scarves under
our vestibule door. Our front door is
literally off being refinished/restored.
In it's place is a plywood barrier that
is hardly thermally secure. While all
of that helped, the temperature didn't
rise one degree. What could it be? 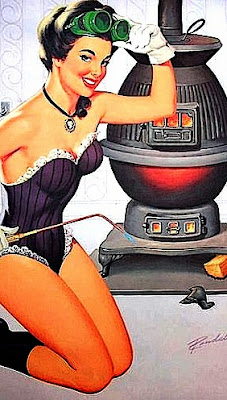 Hello pot!
By late afternoon I reluctantly called our
contractor. While he had provided us with
a list of service providers - I couldn't find
it. When he finally returned our call late
that evening it was too late to get anybody
here. So Frank went to the basement and
stoked up his grandmother's wood stove.
As you may recall, I've dubbed that cast
iron mass "Frank's Folly." Well I did learn
something. If nothing else, Frank can cook
a mighty fine portion of crow on that stove!
Quickly it's heat drifted up and while but
a temporary respite, it earned it's keep! 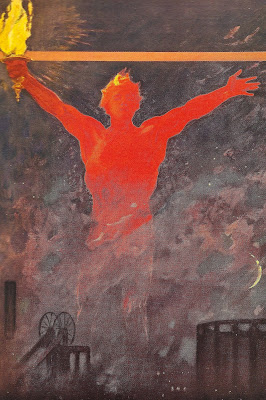 Burning man
Long story short, our furnace man has
been busy due to this bout of subzero
weather. While I'm hot under the collar,
others are still out in the cold given they
have no heat. So, we're on his list just
not at the top of it. After two days of
living in the sixties, he'll get a chilly
reception when he arrives at eight a.m.
Who knows what's wrong? All I know
is that I'm turning up the heat until our
our home hits the seventies. And if my
fire isn't lit by the end of today, there'll
be a hot time in the old town tonight! 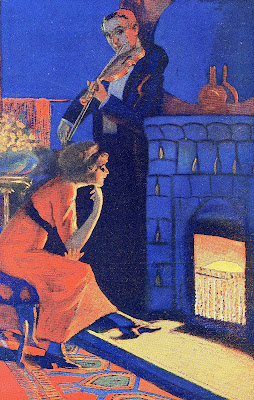 Light my fire
There is a way he can be redeemed
from my hellfire and brimstone. All
he has to do is throw some logs on
my fire. Ceramic ones that is. Late
yesterday our gas logs arrived. I'm
a snob about faux versus real but our
aged chimney can't accommodate a
wood fire. Given any form of heat is
welcome in this house, I'll push for
him to install them while he's here.
Consider it insurance should we lose
our steam again. I've got a burning
feeling it's going to be a long winter!
Posted by montanaroue at 4:00 AM