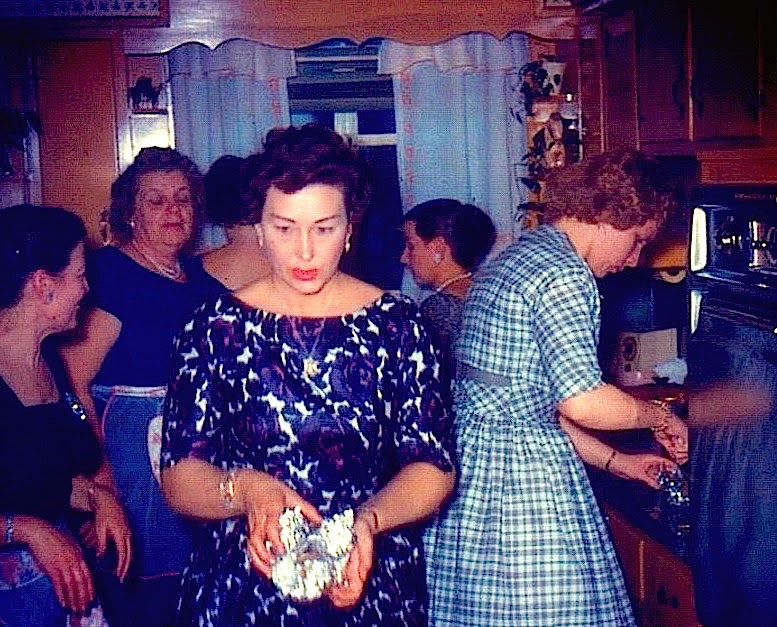 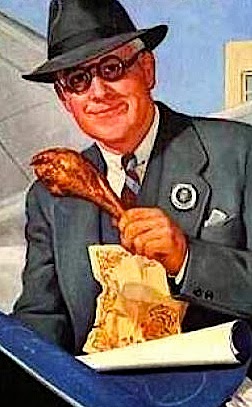 What's new on the menu?
Upon becoming engaged, this WASP
boy was suddenly thrust deep into a
large Italian family. I was young,
in love, and eager to fully align our
families. So I invited my parents to
join my newfound brood at their
home in Kearny, N.J. My betrothed's
grandfather was a very wealthy and
powerful man. He ruled his family
and community like the patriarch he
was. Nobody messed with Sabatino
and those that did... well... few if any
were ever seen or heard from again. 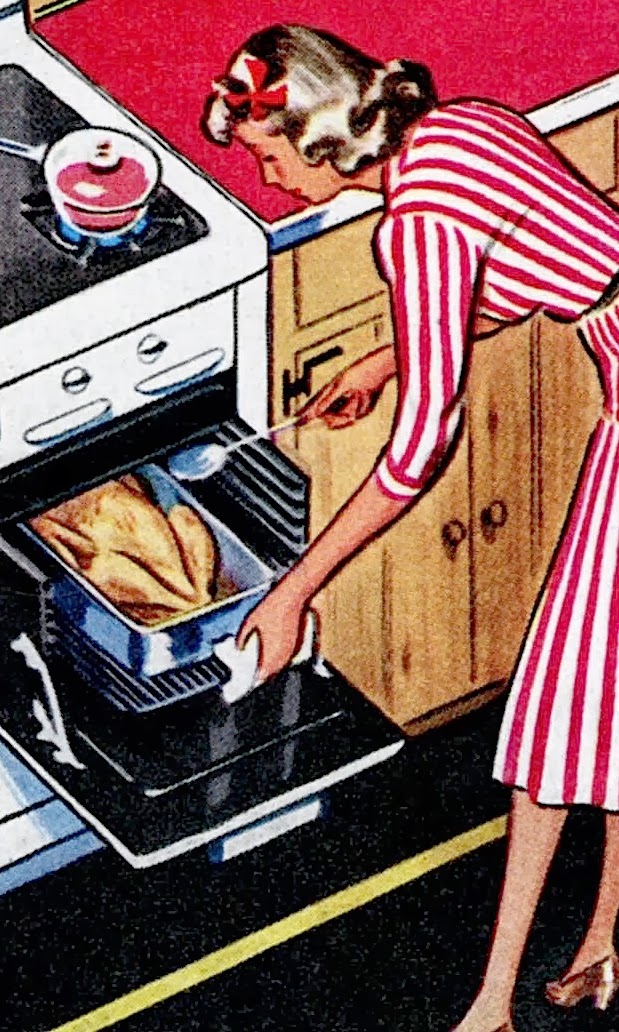 Double your pleasure
The "G's" lived in the biggest house on
the block in a working class town on the
edge of the toxic Meadowlands. On that
Turkey Day, at least thirty relatives were
crammed into the house. Most of them in
the kitchen! As I recall, several televisions
were tuned into the football game and the
volume was turned up high in an attempt
to usurp the din of multiple cooks stirring
pots. Given there were such a crowd, only
a few got a seat at the table. The rest of us
grabbed a plate, loaded high, and nibbled
on it where ever we could find a spot. 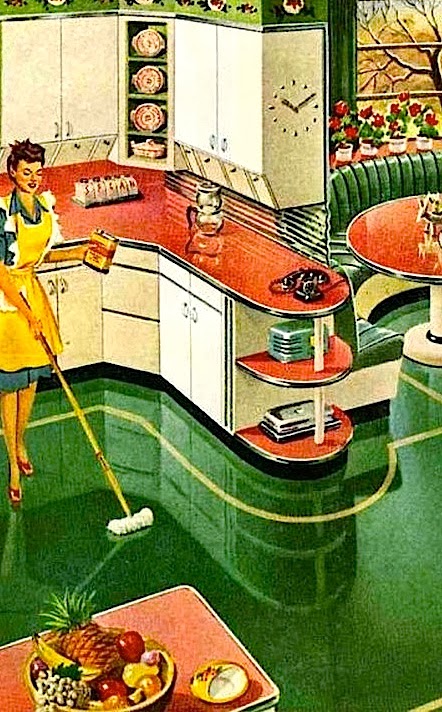 Someone's in the kitchen
The kitchen was the heart of that home.
NOBODY ever used the front door.
Instead everyone parked behind the
gate in the paved back yard (parking
lot) and entered through the rear.
Once inside one was immediately hit
with the sights, sounds, and smells of
an Italian holiday. Almost everybody
was cooking, eating, and talking at the
same time. While you might get a kiss
upon arrival, chances were that by the
time you crossed the room somebody
had already said your ass was too big. 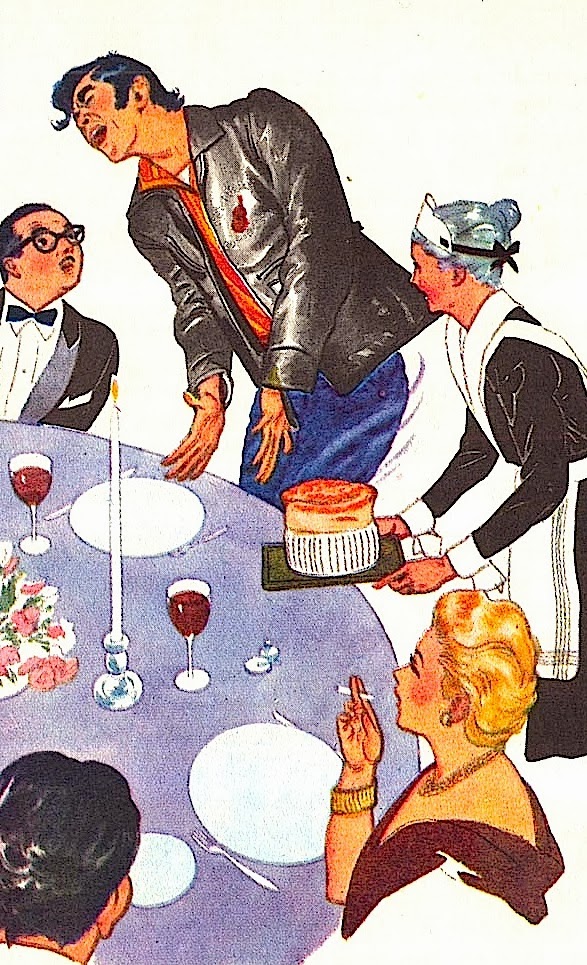 Over the top
It was a cast of characters. Grandpa was
bigger than life. Grandma was even bigger.
Grandchildren of all ages ran everywhere.
One aunt with a red bee hive sat close to
the telephone so that she could book bets
throughout the holiday festivities. Another
zia was bossy, brusk, tough, abrasive, yet
sweet and vulnerable. Many others were
kind and generous to this novice. All of
who were related to my intended even if
she had no idea no how. One thing was
clear, they were Italian, and I was NOT.
But oh... how I wanted to be ITALIANO! 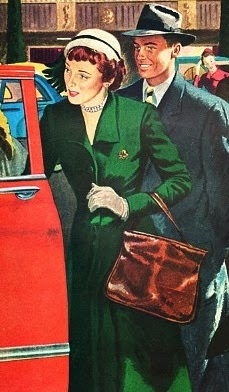 Drive by shooting
My parents stopped by on their way to dine
at my Aunt and Uncle's. Ethel arrived in all
of her regalia fully armed for a trial by fire.
Initially they went to the front door. Given
nobody ever used it, nobody answered. So
they walked around to the back. As they
entered, I could immediately tell Ethel was
NOT feeling the crowd. As they inched in,
suddenly Grandpa (the big man) called out
my Mother's name. He offered her the seat
next to his at the table. Rather than sitting,
she pushed my father into the spot. And
from then on... it all went downhill! 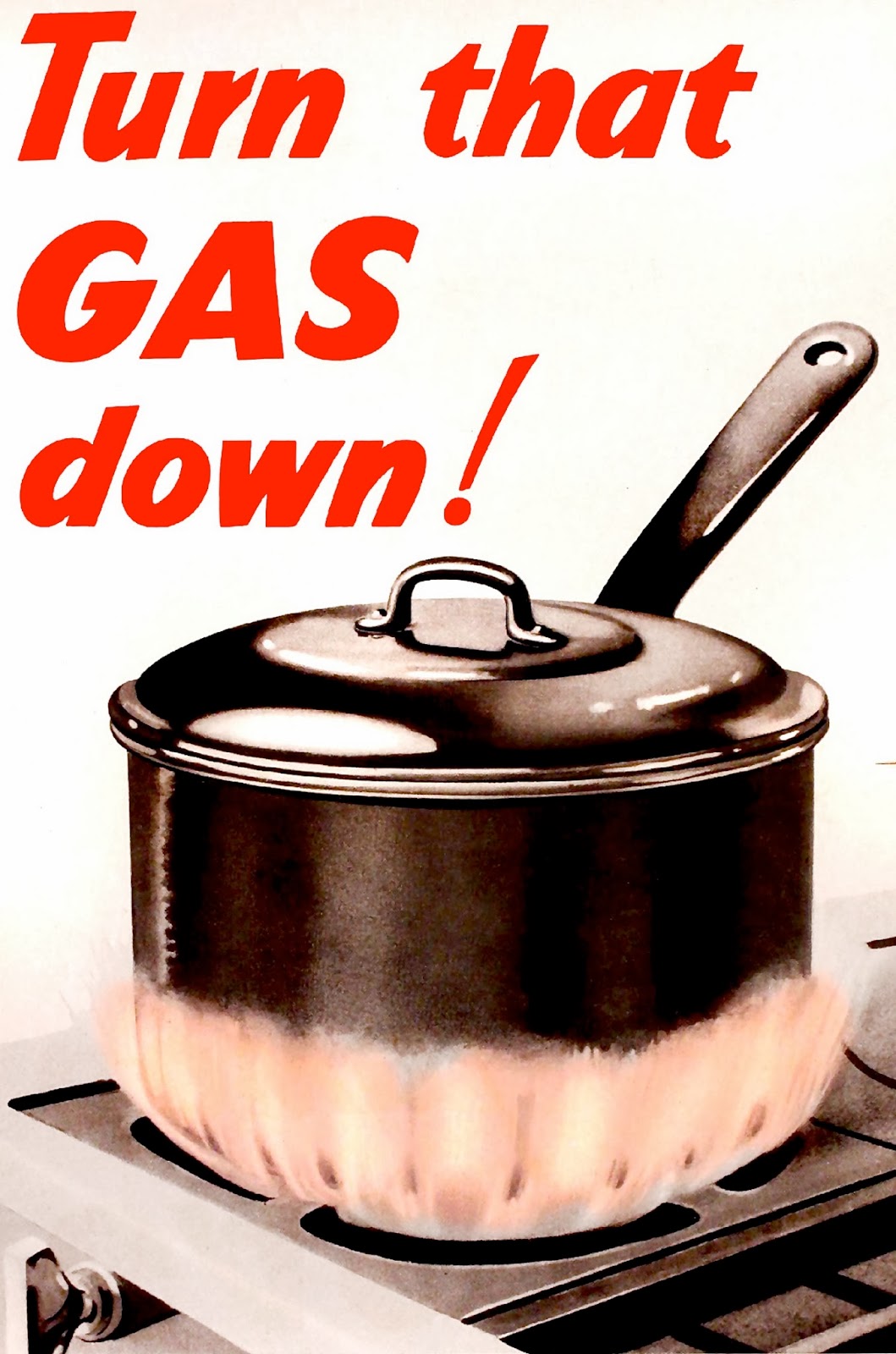 Game of thrones
You see, that seat was considered a seat
of honor. Therefore Ethel's rejection was
basically an insult. Grandpa looked my
Mother up and down and said "You
want to know something, you're a good
looking woman." Ethel glared back as
he continued, "I have to ask you, has
your hair always been that blonde?"
Honestly, I must have blacked out as I
can't recall anything that happened after.
All I know is that my parents must have
quickly dodged the bullet and ran within
minutes. NEVER to return ever again! 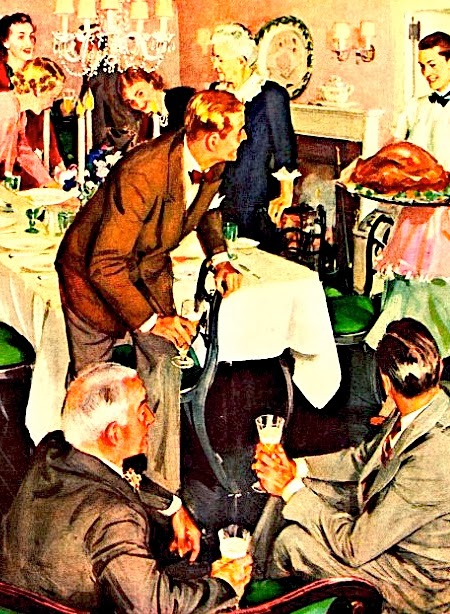 Thanks for the memory
After a lifetime of very quiet, sedate,
and ritualistic Thanksgiving meals,
this extravaganza was wildly new
to me. Nothing could have been
more different or exciting. Rather
than being reserved, everyone said
whatever they were thinking. Rather
than uptight, everyone was over the
top. Rather than being bored, I was
fascinated, intrigued, and thrilled.
Years later when it all ended I was
bereft. To this day I miss that bunch
of WILD ITALIAN TURKEYS!