Orphans of the storm... 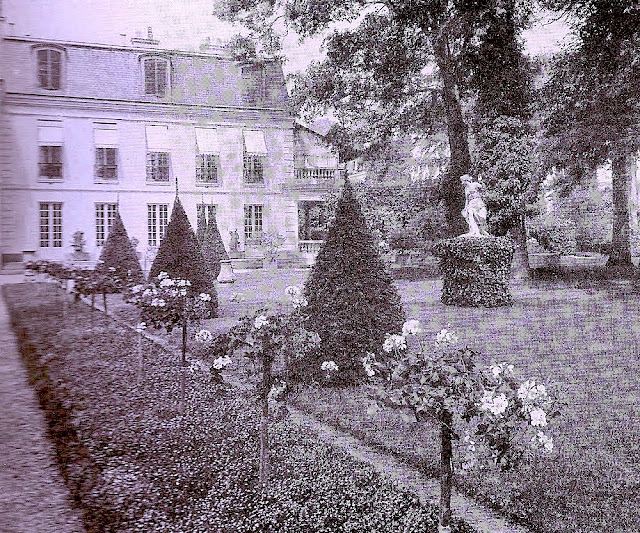 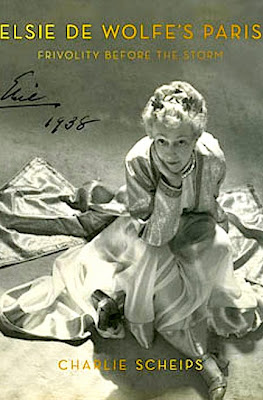 What war?
For many of us it's better to forget,
delay, defer or deny any problems.
Even when things are beyond our
control, we do whatever possible to
distract from whatever is not within
our power to ignore. I just finished
reading Charlie Shieps book on Elsie
De Wolfe's last days in Paris before
the second World War. While every
sign pointed to doom, charming Elsie
continued on with life as if she hadn't
a care in the world. And honesty, I've
decided I rather envy her naivete. 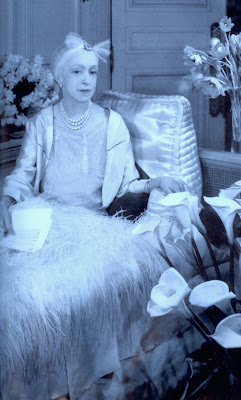 Why worry?
For those of you who don't know of Elsie
(and hence are heterosexual) - she created
the role of interior decorator and redefined
what most still consider "good taste." An
impoverished society girl turned actress
turned decorator turned doyene - Elsie was
a rather resourceful lady who only wanted
to be envied, indulged, and surrounded by
beauty. A confirmed "bachelor" (lesbian),
she later married an English Lord using
his title to elevate her status in society.
Long before Rodgers and Hammerstein,
Elsie knew how to climb every mountain! 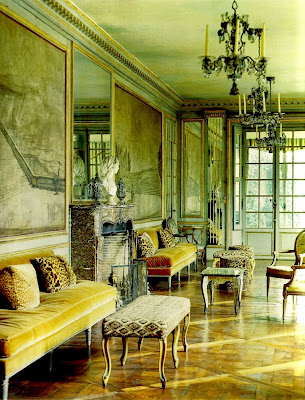 Why not?
For many years Elsie maintained
an estate bordering on the gardens
of Versailles. Villa Trianon was her
masterpiece. The perfect venue to
elegantly entertain the world. From
1903 on royalty, celebrities, and
le haut monde flowed in and out
of her beautiful home and gardens.
Elsie focused on dining, dressing,
decorating, and dishing dirt. So
why stop just because some horrid
man was entertaining Wallis and
the Duke in Berlin?! Mon Dieu! 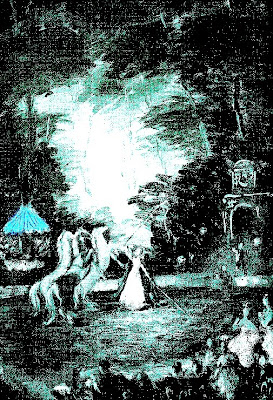 Who knew?
Hence the theme of Charlie's tome.
You see, while Hitler and Mussolini
took over Europe, Elsie's life changed
very little. As often happens before a
crisis, 1938 and 1939 were a whirl of
over the top parties. It was almost as
if everyone knew it was going to end.
A few days before the very end, Elsie
threw her second Circus Ball at Villa
Trianon. Her guests included French,
English, and German diplomats who
kept a secret while they sipped Elsie's
bubbly. I wonder if she knew too... 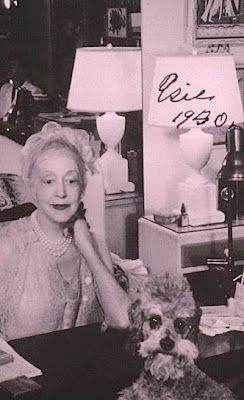 Whatever happened to?
Within days war was declared. Elsie shut
down her Paris apartment and moved into
the Ritz. Life went on until suddenly the
Germans invaded. Elsie hopped into her
Rolls, drove to Lisbon and caught the last
clipper to New York. Post the war, Villa
Trianon survived a bit worn as was Elsie.
Both were never the same. After her death
in 1950 a French industrialist kept it as a
shrine to those glamorous times. When he
died at 100, it's contents were auctioned
off. Now it sits empty, locked, and in ruin.
Elsie's world is sadly but a faded memory. 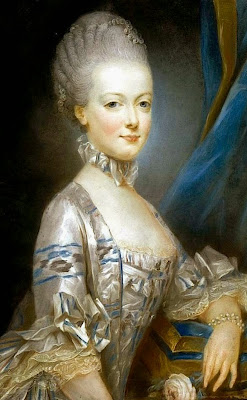 Deja vu?
One can't help but also think of Elsie's
former neighbor Marie Antoinette. She
innocently lived in decadence until it all
ended at the guillotine. Could Elsie have
channeled that Austrian maiden for her
muse as she planned her final festivities?
And look... don't you see a resemblance?
It seems that some of us are destined to
live sheltered lives. Today's techno rich
environment enables anybody to opt out
of anything they'd rather not know about.
How many of you have lost touch with
reality. And if so, is that such a bad thing? 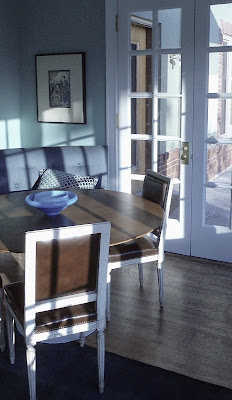 Who cares?
Could I be a male equivalent of Elsie or
Marie? Here I live fully indulged in the
Passion Pit. Might my self imposed exile
in rural Montana be more than just an
extended leave from the corporate arena?
Am I here out in the middle of no where
hiding from reality? In the end, isn't all
that matters how I feel about what, where,
and why? External opinions are hearsay.
While some might consider Lewistown
a form of purgatory, for me it's nirvana.
That's because just like it was for Elsie -
it's all about escaping and enjoying life!