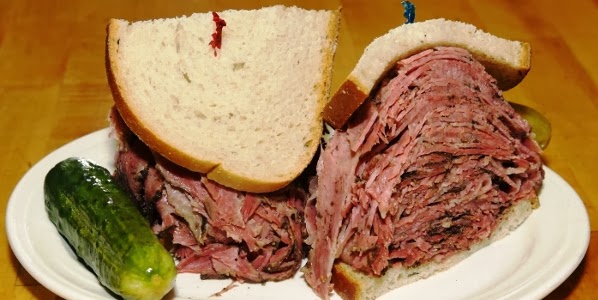 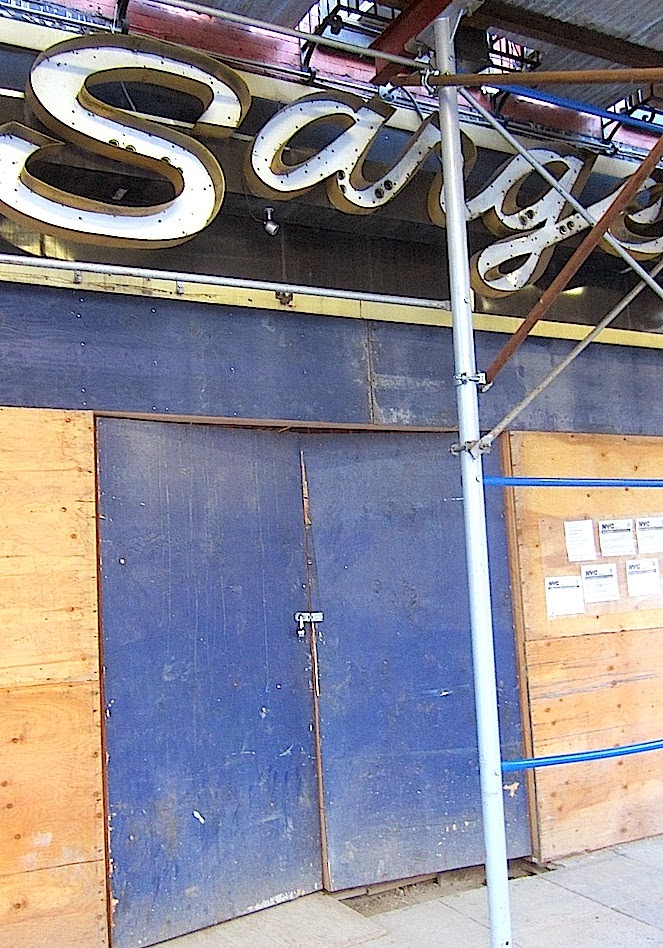 Love lost
Some things are worth waiting for.
We've been back in New York for
over a year and yet almost everyday
I missed something. A voice deep
within me craved, yearned, dreamed,
and waited patiently. You see... my
favorite delicatessen had been closed
due to a fire. And try as I might (and
I did), I couldn't find any alternative
that ever came close my nirvana. My
search was for the perfect pastrami
sandwich was in vain. All because
SARGE'S WAS CLOSED. 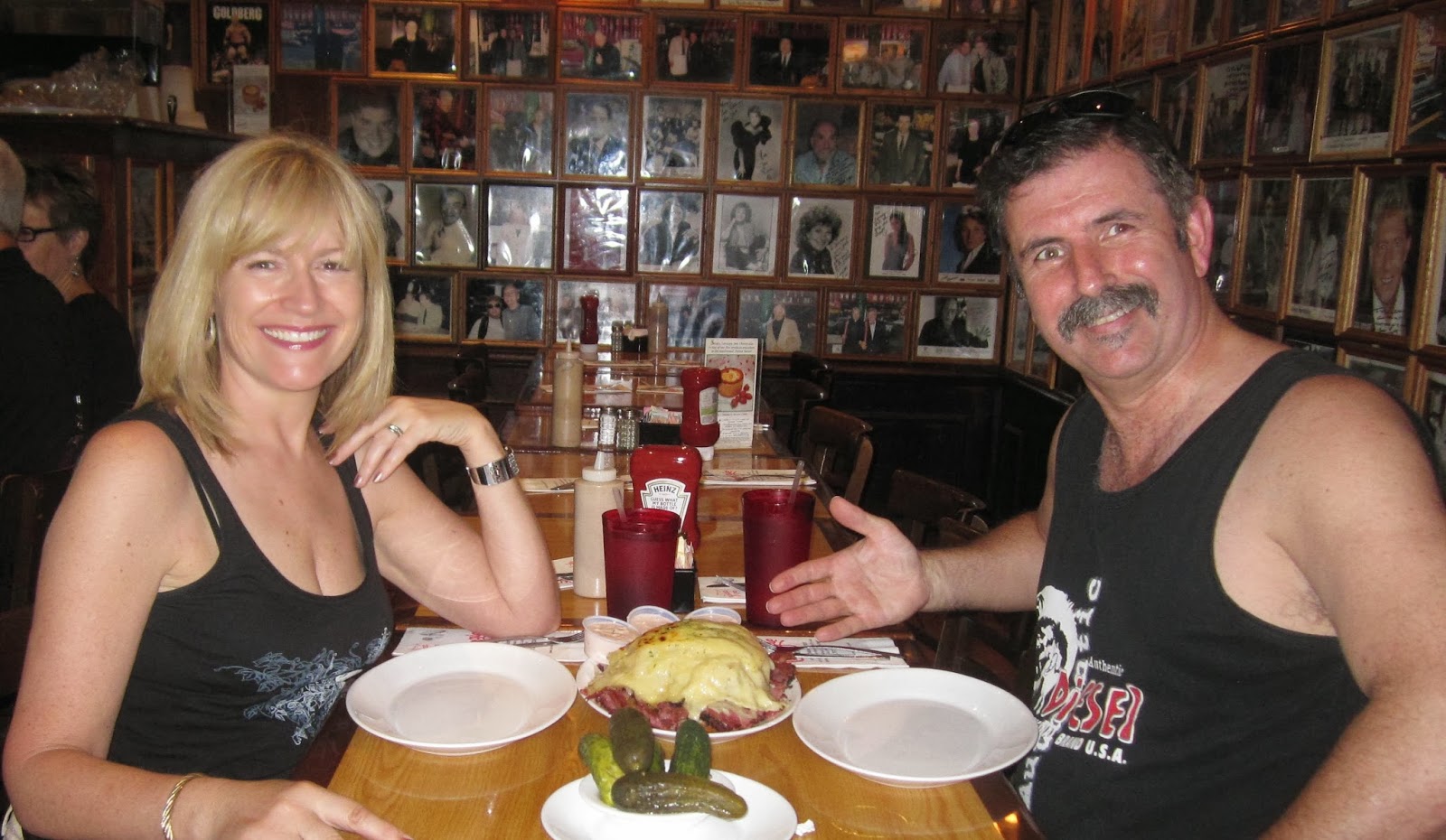 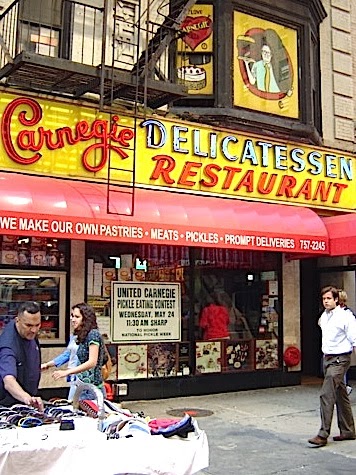 What a shame
I tried the Carnagie Deli. Made
famous by Woody Allen, this
tourist trap on Seventh Avenue
is a sham and a major ripoff. The
fact that it claims to be authentic
is offensive at best. At $17.99 for
a pastrami sandwich, it should be
good. Sadly, while piled high, this
mound of meat was nothing but a
disappointment. Add the requisite
bowl of chicken soup plus a side
of Potato Salad and you'll scream
for the cops. NEVER AGAIN! 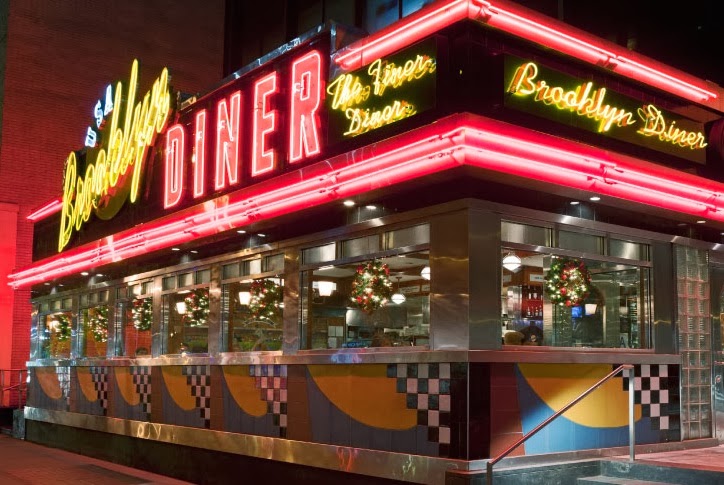 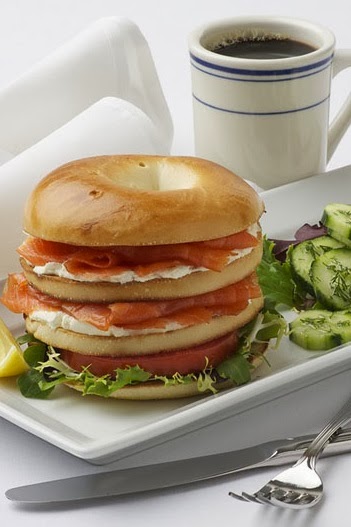 Slightly off
Don't get me wrong. I was willing to
pay if it was worth it. Next we tried
The Brooklyn Diner located on 57th.
Frankly I like the joint. They serve a
great lox platter and their chicken pot
pie is beyond amazing. However their
pastrami was sliced too thick and that
made it tough. A big disappointment
given I'd assumed it would be perfect.
That said, their rugelach is DIVINE.
Especially the pineapple. While we'll
continue to dine there, sadly it will
never be on pastrami ever again. 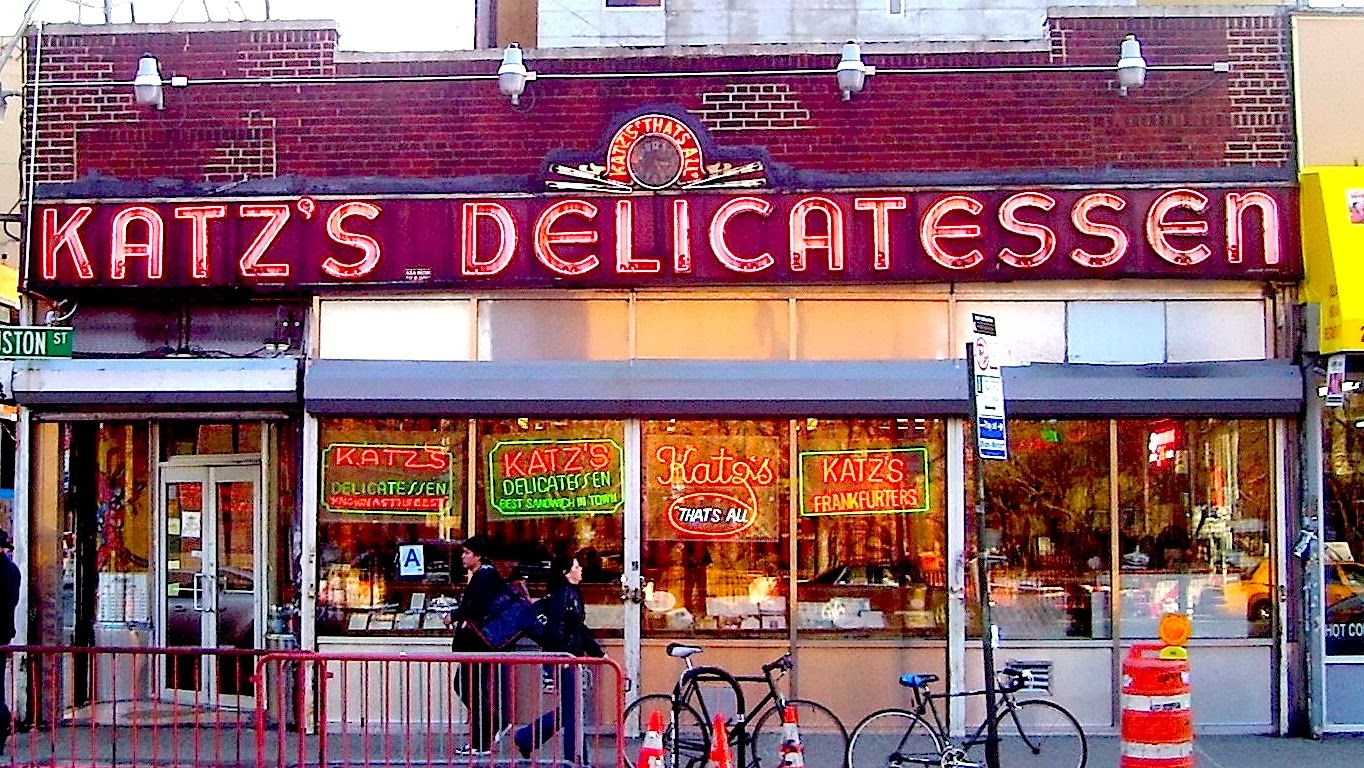 Sorry wrong number
Of course there's Katz's. But it's too
far downtown and you have to wait
on a line with a ticket. Somehow it
was much too confusing and even a
pastrami lover like me was unwilling
to deal with their schtick. Yes, I know
I should go downtown more often
but after a long day at the office or
a lazy Saturday afternoon, I have no
need to trudge down to Houston and
Ludlow. So I've opted to let this icon
of all things Jew remain the domain
of tourists from Stockholm and Iowa. 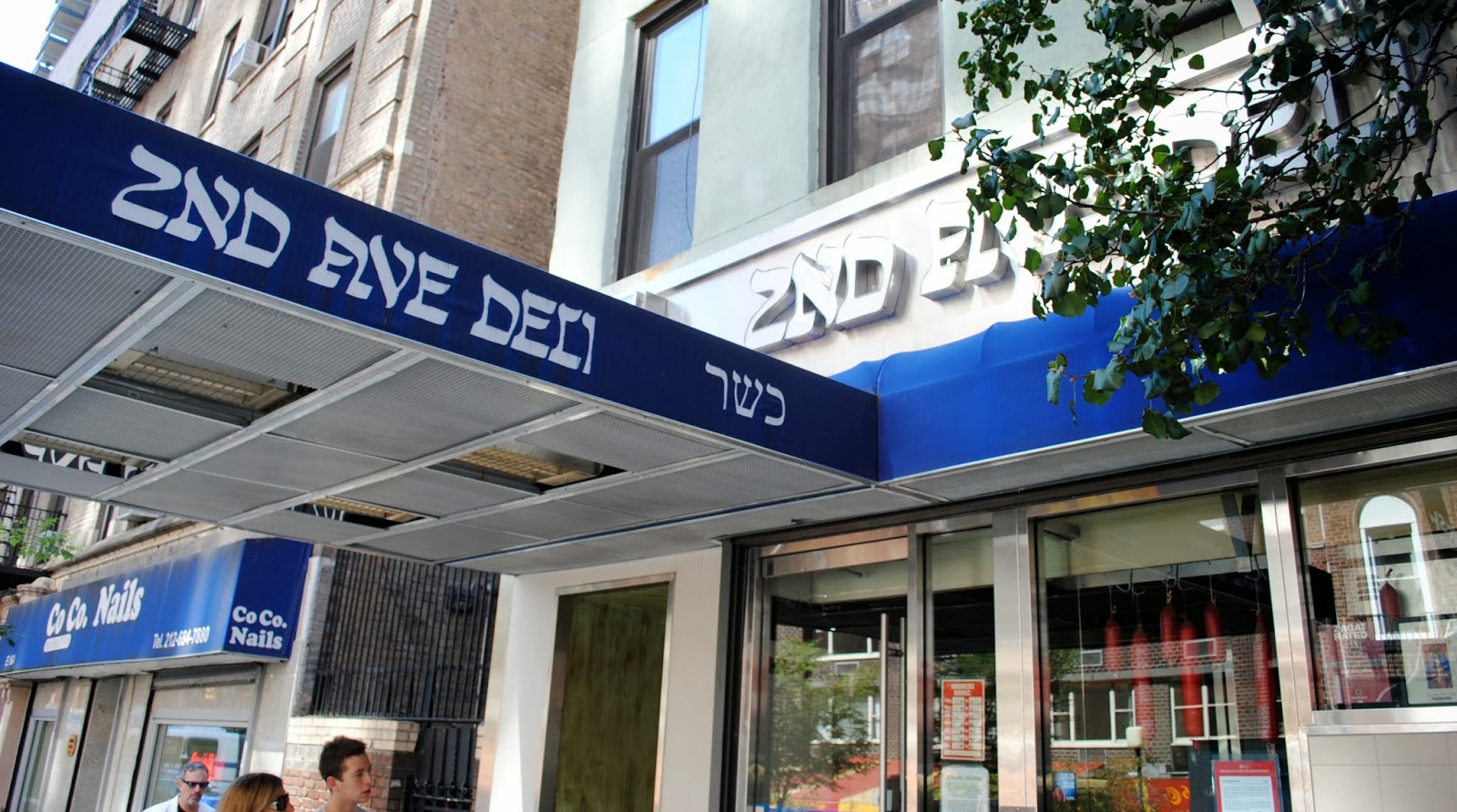 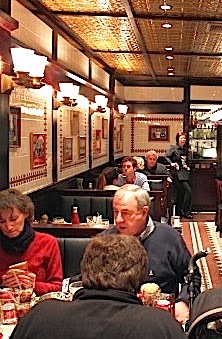 Getting warmer...
Staying closer to home, our only option
was the Second Avenue Deli. No longer
on Second, it's around the corner from
the original corner. Now on toady toid
between Third and Lex, it's fairly good,
but not quite right. The chicken broth is
like dirty water, the kreplach so so. The
pastrami was good but not amazing. Rye
bread was a little too soft. It just didn't
cut the mustard. While less than good,
it was all we had so when the cravings
were too much to handle, we wandered
down for to a mediocre Kosher meal. 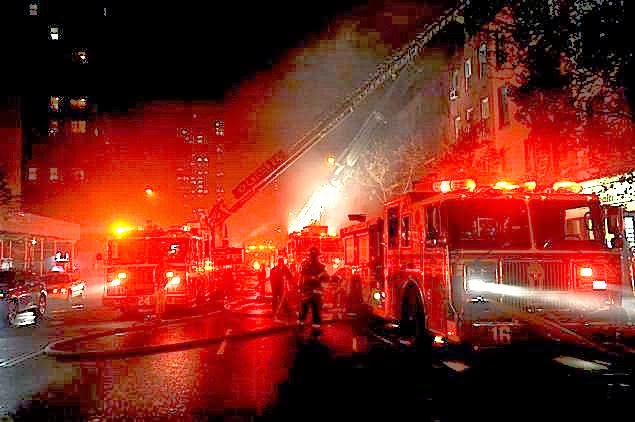 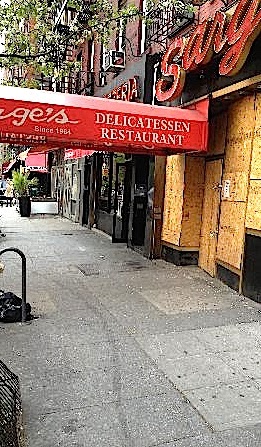 Gone but not forgotten
As the months dragged on, Sarge's was still
boarded up. It's sad marque stretched out to
the Third Avenue curb like an arm raised to
say "save me". Occasionally we would walk
by and pause to remember pastrami past. We
waited and each week I would check google
and Facebook for updates. Initially the open
date was November, then December, then it
shifted to the broad "spring 2014". Finally,
even a diehard like me gave up hope. Maybe
the closing was forever rather than due to an
inopportune grease fire. I truly thought that
I might never enjoy another deli meal again. 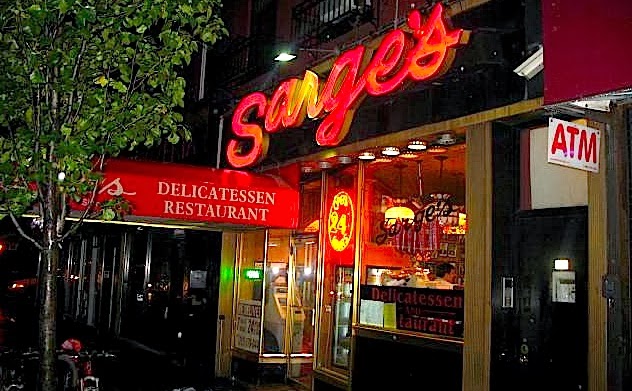 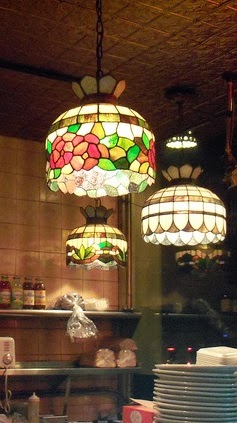 You can go home
Then suddenly, an e-mail announcement hit
my in-box; "Sarge's is now open!" Jubilant
we strolled downtown to mecca last Saturday.
There it stood, glowing light shining out onto
Third between 36th and 37th - HEAVEN!
Happily, it looks like a freshened up version
of the old place. Most of the same waitresses
are ready to serve you, all looking a little less
downtrodden a fifteen month respite. Even
those decrepit "Tiffany" lamps are hanging
once again, several of their bulbs already
out. All of that was fine but one thing still
had to be tested... THE FOOD! 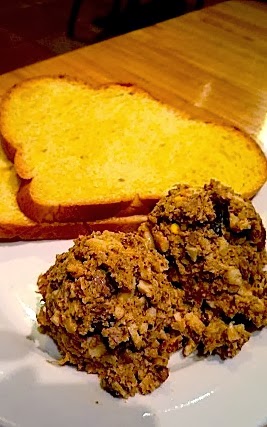 With fear and trepidation
When we sat down in our old booth, I was
a tad nervous. The menu is the same as
are the tubs of pickles and coleslaw. One
surprise was a scoop of chopped liver and
two slices of challah. YUM! We dined on
pastrami on rye sandwiches, chicken soup
with kreplach, Dr. Brown's Black Cherry
soda, and a plate of apricot rugelach. The
soup arrived first, a rich, tasty, broth with
a perfectly stuffed kreplach. Next, juicy,
thinly sliced, pastrami sandwiches piled
high on real rye bread that tasted real.
The soda and rugelach perfectly sweet! 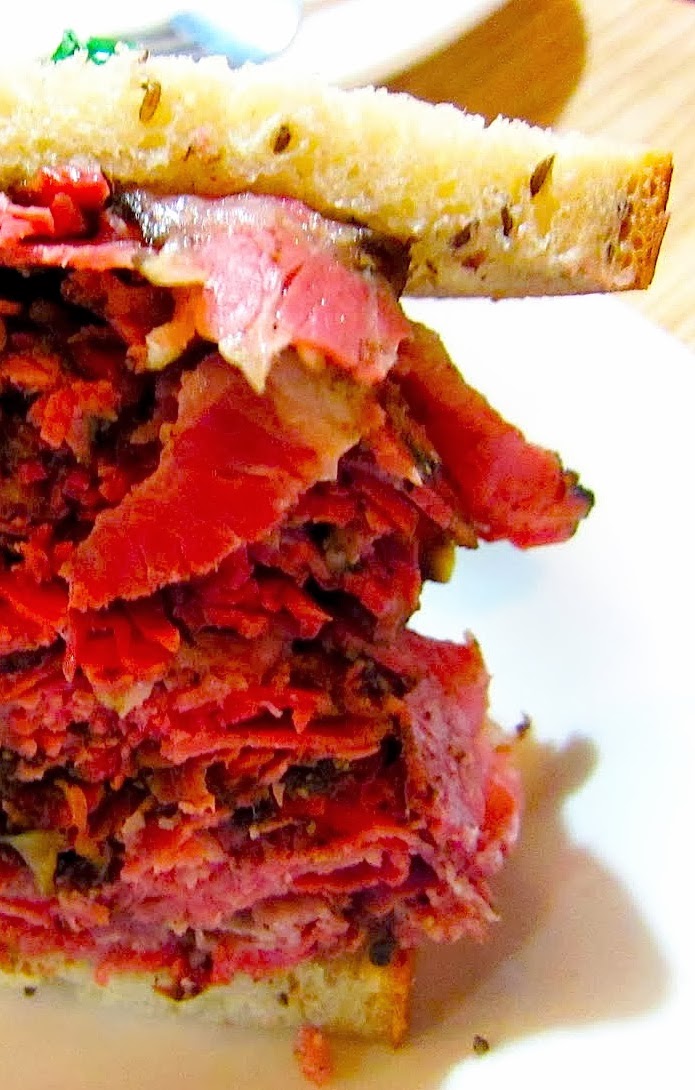 The promised land
I sat there and started to shed a tear.
You see, after over a year of culinary
purgatory, NOTHING had changed.
All of my favorites were exactly the
same or better. How often in life do
you get to relive your youth? How
often in life is something as good as
you remember? And how often is it
that something you love does not fade
away? Somehow a bit of Manhattan
has survived against all odds. Dining
at Sarge's is proof that God is good.
Now... I can die happy. OY VEY!
Posted by montanaroue at 5:06 AM