THE BATTLE OF THE SEXES 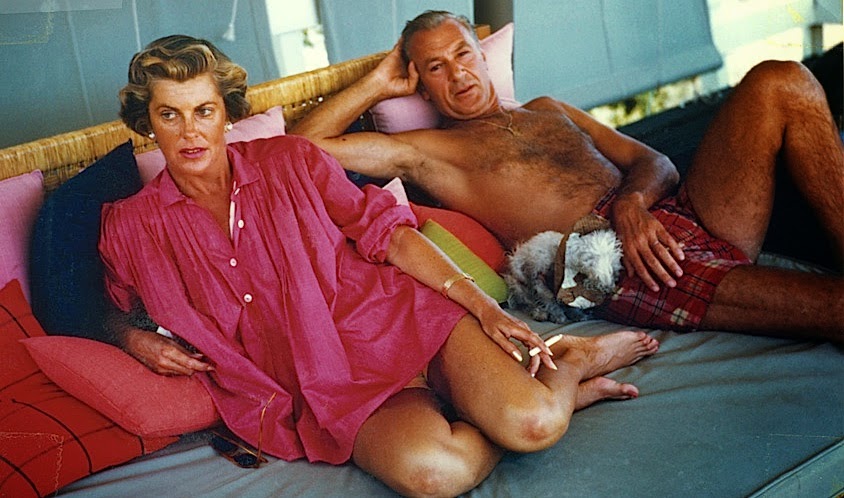 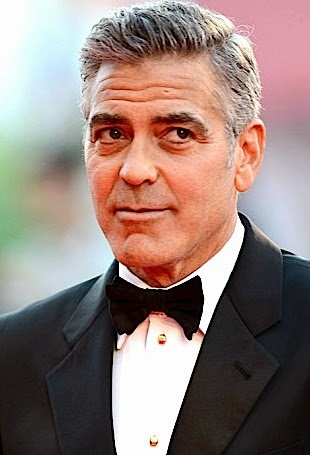 Mars versus Venus
My girlfriends often bemoan the fact
that men have it much easier. It seems
that males are free to age with carefree
grace while putting little to no effort
into maintaining or upgrading their
outward appearance. A wrinkle or two
doesn't bother most of us, nor does a
few extra inches around our middles.
Rather many of us are comfortable in
our own skins, willing to accept the
ravages of time. Confidence like that
requires little to no posturing and more
important, little to no maintenance. 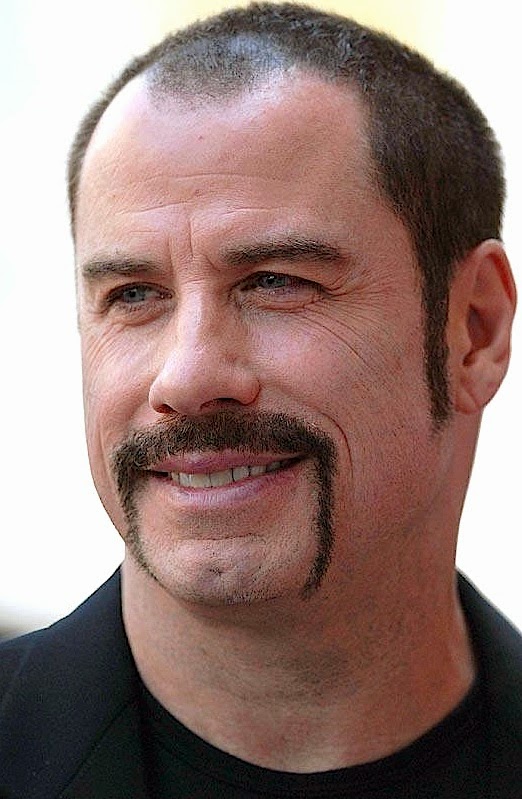 Rose colored glasses
Not every guy benefits from the aging
process. I recall attending my thirtieth
high school reunion. Most of the ladies
looked amazing and better than before.
It was obvious that they all put a lot of
effort in their appearance that night and
it paid off. On the other hand, most of
the studs had become duds. In particular
one Italian stallion football hero had lost
all of his panache only to replace it with
a fu man chu moustache. The question
is, what does he see when he looks in
the mirror? Or is he simply blind? 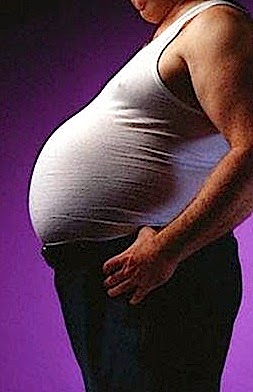 Over the top
While some males age like fine wine,
others end up as tasty as a ten year old
can of brew. Cary Grant and Harrison
Ford aside, it ain't always pretty. Most
men simply give up. Rather than battle
gravity, they reposition their belts below
the bulge. Instead of polishing their
pates, they perfect the art of the comb
over. Many allow excess hair to sprout
out of orifices like fountains of youth.
Is this all simply due to being confident?
Or rather proof that the battle is done,
the victor won, the loser defeated. 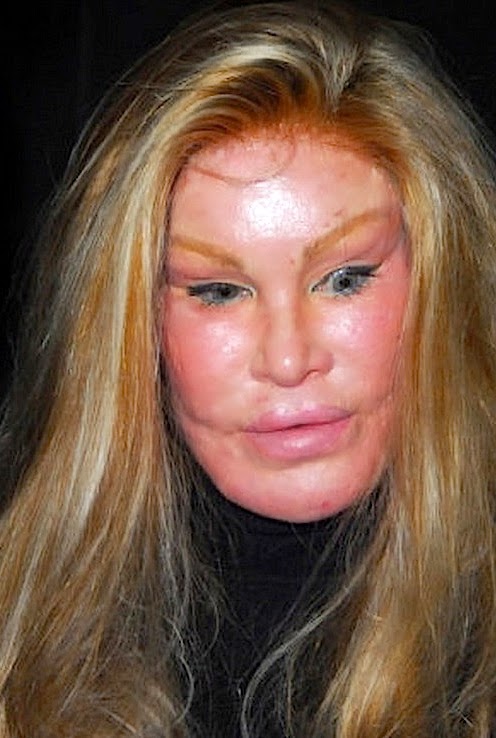 Is that all there is?
Are the standards for beauty different
between the sexes? Hell yes! However
I would argue that women have done
it to themselves. Most men accept and
embrace reality, whereas women fight
it to the extreme. Often the outcome
of that battle is anything but attractive.
While shiny, stretched and plumped
skin may seem youthful to a dowager
in her boudoir, it pales in comparison
to the fresh youth of an ingenue. Men
simply never stop being themselves
and that looks pretty good to me! 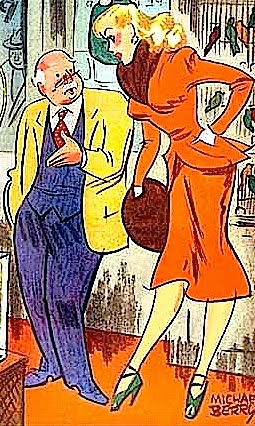 Everything's new again
After many years together, it's easy to
become complacent. The comfort of
sharing one's life with another can lead
to mediocrity, a nice word for boredom.
It's inherently human to perk up when
someone new arrives on the scene. All
of a sudden you're open to new things,
ideas, and experiences that you never
thought of before. The question is, why
do some relationships last as others fade
away? If youth is wasted on the young,
what motivates old men to lavish all of
the benefits of their age on the young? 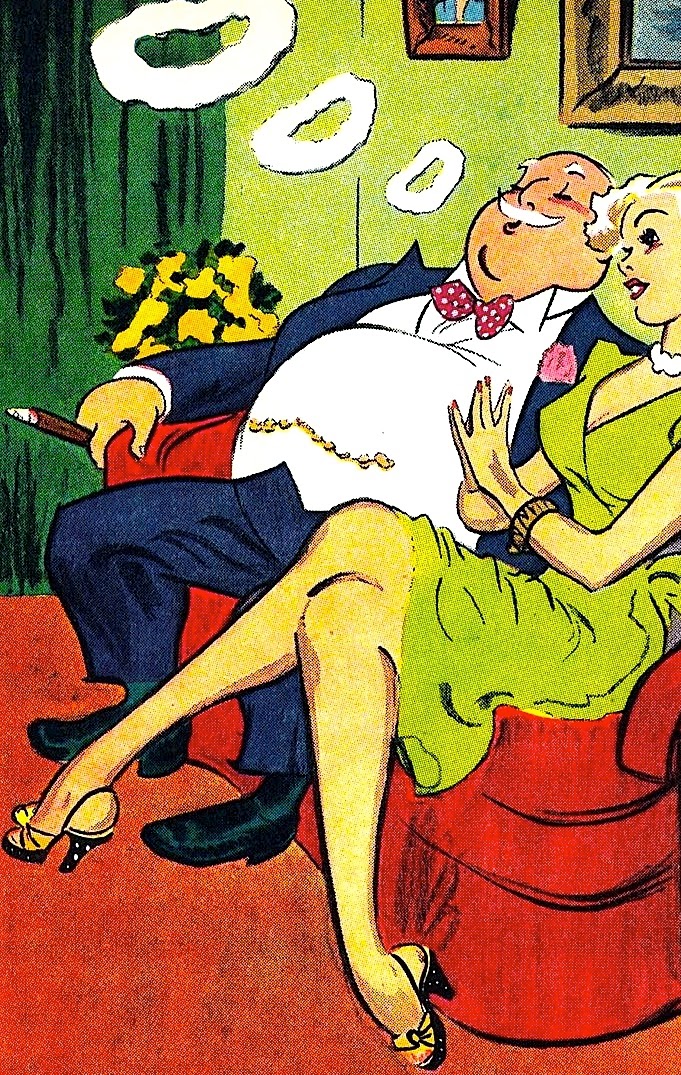 If the shoe fits
You can teach an old dog new tricks as
proven by all of those old guys married
to young wives. New circumstances
enable them to adapt to new things. But
sadly, starting anew only benefits the
newbie. They gain immediate access to
financial and emotional stability without
the heavy lifting required to achieve it.
Why can't we add that "freshness" to
our proven partnerships? Isn't it better
to celebrate with the partner who made
it possible rather than some kid who is
younger than some of your shoes?
Posted by montanaroue at 4:00 AM