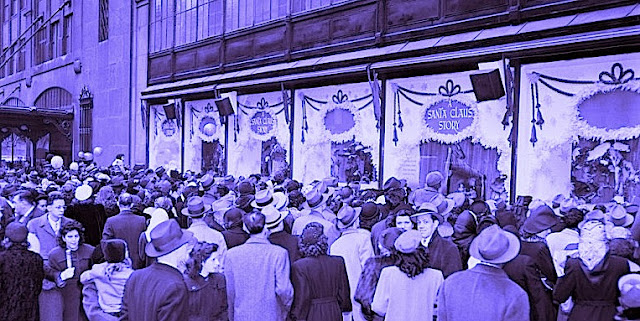 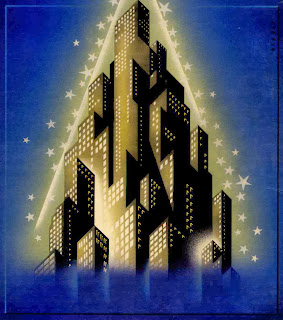 Deck the halls
I arrived back from Montana to
a city that is fully decked out for
the holidays. As a jaded locally
born boy I shouldn't even notice.
However one can't help but be
bedazzled by all of the lights and
magic that's available for anybody
to enjoy in Manhattan. All one has
to do is take a leisurely stroll up
Fifth Avenue! LIGHTS ON! 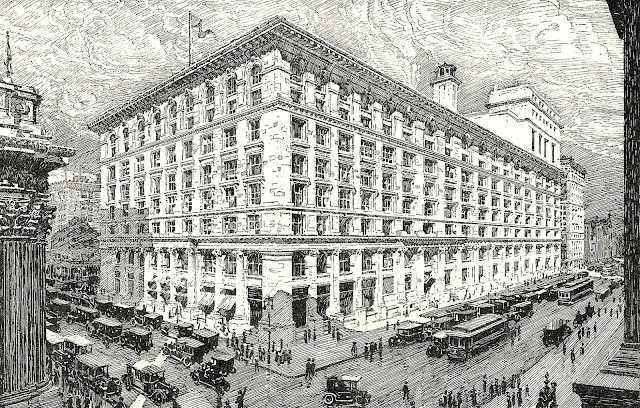 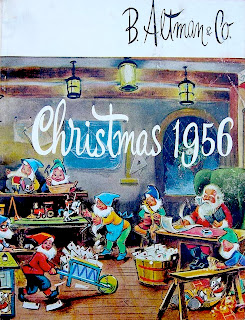 Santa Baby
When I was a boy there were multiple
places to see Santa. While the "miracle"
on 34th Street claimed to be his official
home, Ethel never entered Macy's door.
Instead we joined the genteel and visited
Mr. Claus at B. Altman on Fifth at 34th.
In those days their Christmas windows
were among the best and it was one's
first stop to kick off the holidays. Sadly
B. Altman is now only a faded memory. 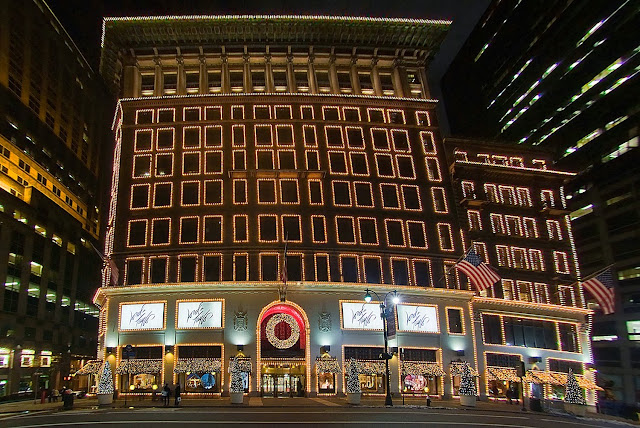 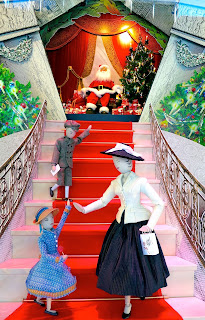 Old school
Lord & Taylor continues it's one hundred
year tradition of very traditional windows.
While I'm still charmed by the nostalgia,
I wonder if any children are. In today's
digital age, is there still any wonderment in
a mechanically spinning elf? When holiday
windows were first launched at the turn of
the century electricity was a novelty. Over
one hundred years later, why can't we dazzle
the kids with something a little more modern? 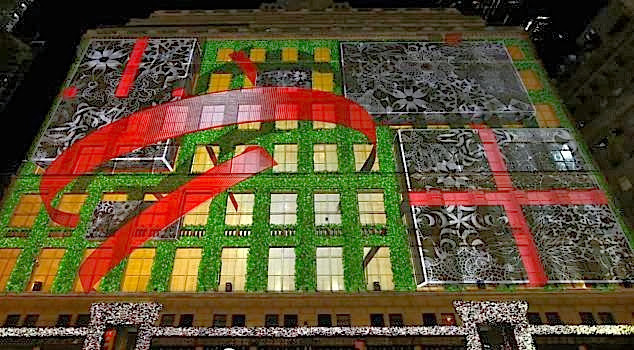 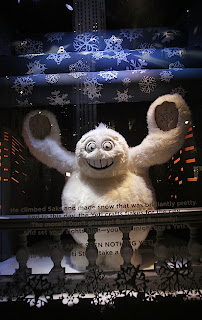 What a project
Saks & Company is trying to do just that but
NOT in their windows. The majority of it's
glassed expanse are reminiscent of the tired
Lerner Shops of my youth. In the midst are
a few that tell a Yehti story. Their attempt to
be new occurs on the building's facade. Once
every few minutes a gigantic digital projection
transforms it into an animated screen. However,
said extravaganza lacks impact due to the bright
street lights nearby. New isn't always better. 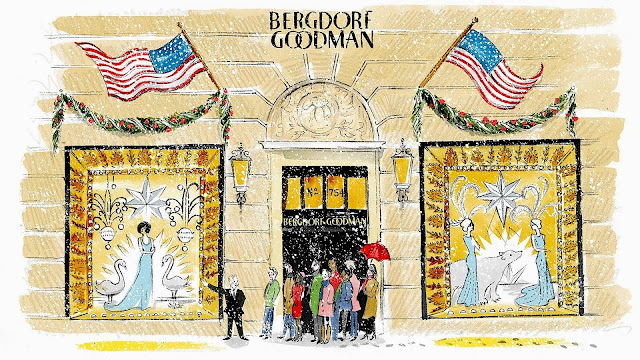 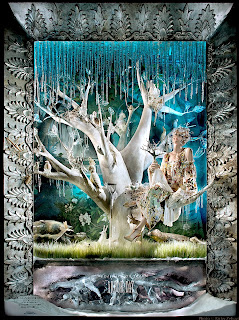 Fashionably frigid
At the end of the yellow brick avenue
sits my beloved Bergdorf Goodman.
This year Linda Fargo and her team
have out done themselves. Their theme
is "Christmas On Ice". While certainly
not designed for the kiddies, they dazzle
any and all. Not only are the windows
amazing, the fashion is even more so.
Where else can a little girl view couture
from the sidewalk? Only in New York!' 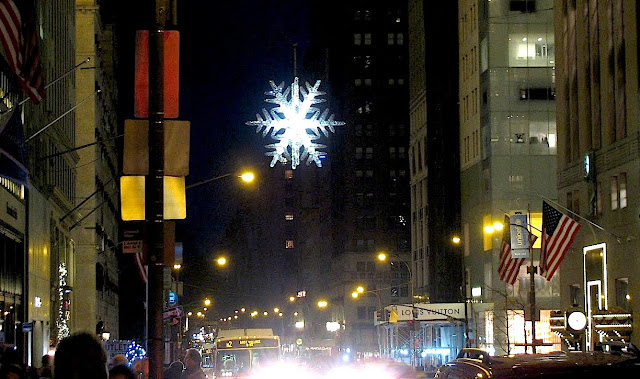 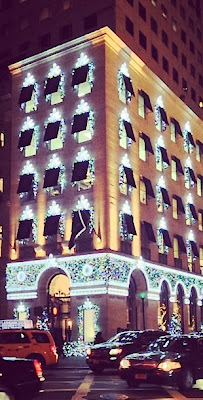 Light one up
I must admit to being just as googly as
a rube from Ruritania. Simply strolling
the Avenue puts one into the holiday
spirit. Along the way you'll pass a series
of light shows including Cartier, Bulgari,
Feragamo, Harry Winston, and more!
LED lights are shockingly bright in a
wonderful way. Especially when they
simulate diamonds. Far at the end of
holiday row hangs the Swarovski Star
at 57th street. One can't help but feel
happy when bathed in the glow of a
glittering winter wonderland! 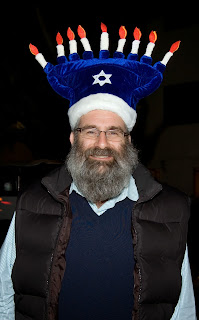 Oy Vey!
The other night Chanukah took over Fifth.
At least one hundred vehicles topped with
electrically lighted Menorah's honked their
way downtown. Gleeful children hung out
of the windows crying "Happy Chanuka!"
While I must admit that it felt a bit militant,
I cannot deny that I thoroughly enjoyed the
passing parade! I stood at the curb waving
like a tourist with a grin on my face. What
a great way to kick start the holidays!