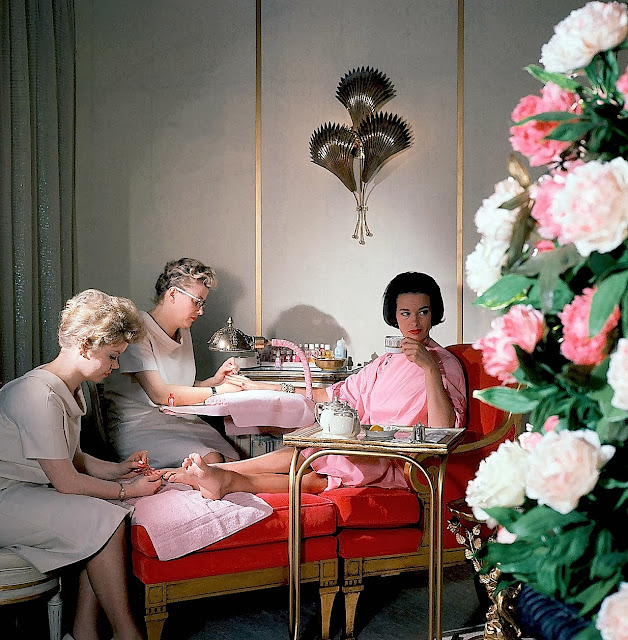 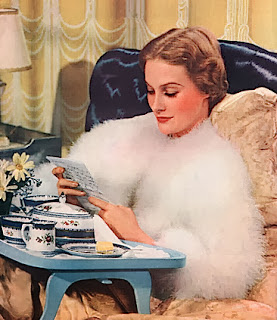 A matter of priorities
Recently Frank's mother had to spend a week in the hospital. At ninety Pearl still believes appearances are important and possibly that's why she looks twenty years younger. During her sterile stay, her concern about the state of her coiffure slowly grew stronger. Upon release, Pearl was in the Beauty Salon chair within twenty four hours for a major touch up. You go girl! 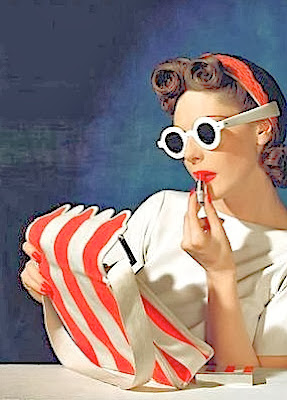 Equal opportunity
It's a scientific fact that we feel better
when we look better. What's amazing
is that a swipe of lipstick can truly
lift the spirit. Sadly men don't have
an equivilent elixir. Does anybody
else wonder what would happen if
guys hit a beauty shoppe weekly?!
The sense of camaraderie alone
might reduce infidelity and violence.
In today's metro sexual world, the
increase in guys plucking brows
and waxing butts could decrease
the divorce rate. What the pluck! 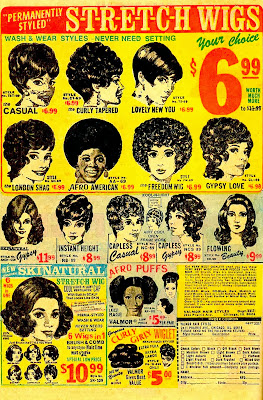 Above and beyond
Men and women have always been
vain. The difference is that rather
than accept defeat, women will do
anything possible to combat decay.
At my high school reunion, the gals
looked better than they did thirty
years before. Shockingly on the
other hand, former football heroes
were paunchy specters of hunks past.
That's because women work hard at
looking good everyday. Whereas men
tend to look in the mirror and think
two words... "GREEK GOD." 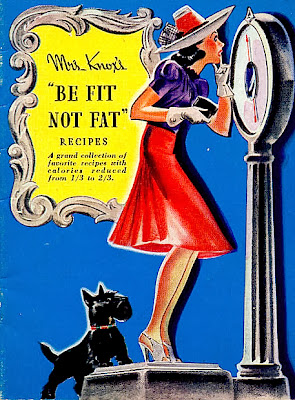 Reversal of fortune
Since the beginning of time humans
have worried about combating the
march of time. As we age, our hair
fades as our waists expand. As one
gets older it's easy to question if
it's worth the effort to battle what's
inevitable. Given we're supposed to
be older and wiser, why is it so hard
to disregard that bald spot or belly?
I have no problem deeming a guy
of advanced vintage "hot". Yet I
can't bear to look at that guy in my
mirror. One word... "LOSER!" 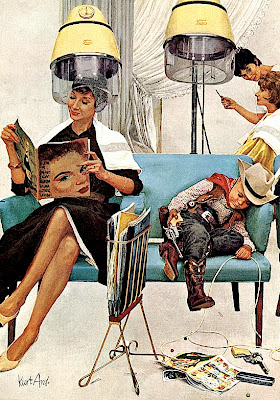 To dye for
We're all in this together and with
advanced age only comes increased
knowledge. Many women consider
the Beauty Salon a safe haven where
kindred spirits commune. Knowing
that others must also supplement
what nature does naturally makes
one feel better. Barber shops used
to play that role for guys. Maybe
what I need is a therapy session in
the Barber's chair on a regular basis.
Guess it's time that I accept reality
and book an appointment NOW!