I'll have another please... 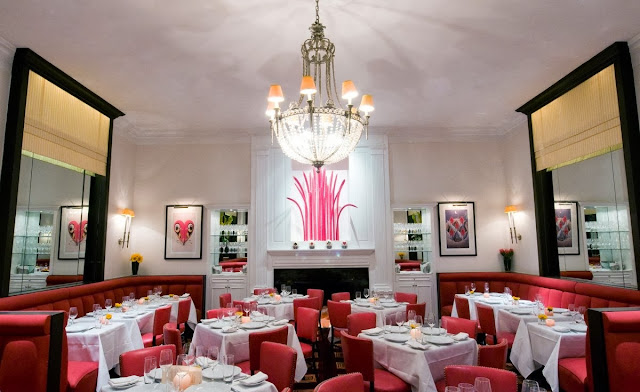 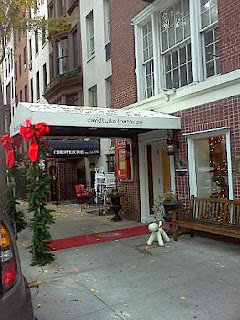 Been there, done that
As has often been said, I'm a creature of
habit. Especially when it comes to dining
out. Over the last months I've frequented
David Burke Townhouse quite frequently.
As usual, Frank dragged me there one
afternoon for lunch. I so enjoyed the posh
yet relaxed atmosphere that I haven't left
since! Politely elegant, I can actually hear
what my dining compatriots are saying!
Since then I've became sort of a regular. 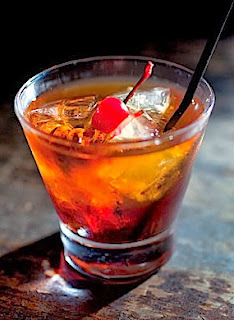 The usual suspects
I've discovered that I'm not the only habitue.
In fact there are many more who frequent
familiar venues on a regular basis. Slowly
one gets to know one's fellow diners via
a nod or look of recognition. The staff on
the other hand know their "regulars" and
make sure you know that they know you.
All I have to do is walk into David Burke's
and the bartender immediately prepares a
Manhattan. What sheer bliss! 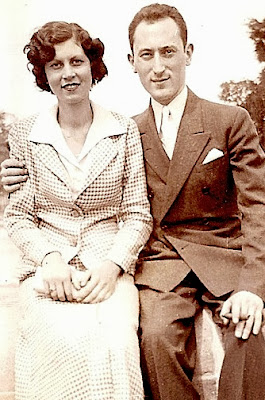 Corner booth
One of my fellow frequenters is a true
gentleman named Harry Rosen. Not
only does he dine out nightly, he just
celebrated his 104th birthday. Born in
1909 he survived a Czarist revolution
and pogroms to arrive at Ellis Island
in 1920. As the market crashed Harry
was twenty however he still built an
office supply empire during the dark
depression, He survived two world
wars and sadly, Lillian his beloved
wife of seventy years. Think of what
he's seen and eaten over 100 years! 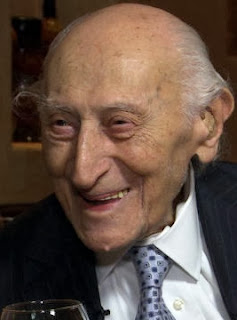 In a snap
Among the residual benefits of sedentary suppers is meeting people like Harry. A kindred spirit, he gets energy out of dining out and about. Watching Harry work the room is amazing. A chick magnet, women love to chat him up, often taking a picture with him. He sits grinning ear to ear as a well endowed blond looms above. Proof that even at one hundred and four your cup can run over. Make that a double please! 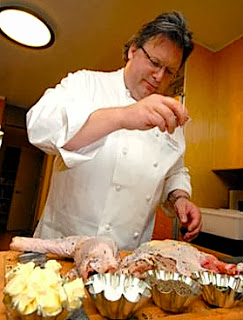 Simply delicious
In closing I must acknowledge Mr. Burke's
cuisine. The purveyor of several namesake establishments, his epicurean epicenter is
the townhouse. There he crafts flavorful
dishes that are complex yet never fussy.
I abhor froo froo woo woo ding dong
dining. Foams and fronds detract from
what's really important, consumption.
Digging into a dish of David's chicken
and dumplings is like coming HOME.